My buddy can not connect to a game I've opened. What can we do?

The engine uses UDP port 8452 by default, which can be changed in the lobby. If you are behind a router, and are having problems hosting, try forwarding the correct port and also make sure the firewall is not blocking it. If you do not know what a port or a firewall is, use a relay host instead: when hosting a game, tick the check-box labeled "Use relayhost".

I can not connect to the online lobby server?

See in the forum if others have the same problem.

The server might be temporary down for maintenance. Most lobbies should allow you to connect to a "backup server" or just try again after some time.

Low fps that get better in metalview (F4)

(usually the AdvMapShading part is enough)

I am having really bad framerates (fps) on my dual core! What am I doing wrong?

Some of this helped other users:

How to Alt-Tab out of full-screen on Linux?

I use Linux with Open-Source Gfx drivers, and the map is all white!

Due to patents S3TC texture support is disabled by default. To enable it you need the tool driconf (note, you no longer require libdxtn):

On the "Image Quality" tab activate "Enable S3TC texture compression even if software support is not available".

Spring crashes on my notebook but it has a really nice graphic card! (or some effects are messed up)

Some notebooks have two graphic cards: One for 3D and a small integrated one to save power while on facebook. Setting it to use the correct 3D card has helped some players. Use the internet to find out how to do that. Screenhot of such controll panel, though it might look different on different computers:

I am having really bad framerates (FPS)!

Turn off 'threaded optimizations' for Spring in the nVidia control panel, enable "Compress textures" in SpringSettings. 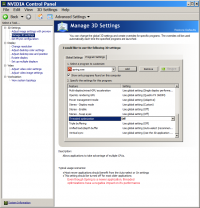 After playing Spring, in background running firefox window is white or gray.

Check if Shadows and AdvUnitShading is enabled, update your graphics driver.

Why does spring hang for a few seconds?

This bug occurs on maps like FolsomDamDeluxeV2, Tangerline. FPS suddenly drops to 1 and game runs very slowly. This seems to be an Intel driver bug. For Windows Vista/7 try updating driver up to 8.15.10.2246 or newer. For Windows XP there is no solution yet.

This is a driver bug, try to update/downgrade your driver.

First of all, if you encourage a graphics related problem on ATI/AMD graphic device update your drivers to the latest version ATI/AMD dowload.

I've got the most recent drivers and the game crashes in atioglxx.dll

As of Spring 0.80.5, use only basic or dynamic water. Bump water with disabled shore waves should also work. Reflective or refractive water will make the game crash after 15-20 minutes due to a memory leak.

also note that later versions of Catalyst drivers for these cards reduce performance in OpenGL applications (windows xp 32-bit, possibly other NT5-based 32-bit platforms) (found at least in: spring, quake3 and Nexuiz), for spring the most significant drop (by ~15%) appears in 9.10 and higher Catalyst versions (more than 15%), if you have one of the lower-performing models of these and don't use shadows you may want to try the Catalyst 8.3 and 8.4 drivers (they do not support shadows but should work ~5% faster compared to 8.12) but those drivers may be less stable

I've got a notebook and official ATI/AMD drivers refuse to install, what to do?

First of all, make sure you're installing the 'AMD Mobility Radeon' driver pack branch. Use ATI Mobility Modder or unofficial drivers - DNA or Omega. Use Google or get them from guru3d.

In cmdcolors.txt, simply comment out or remove the following lines:

The problem detected on:

This is a bug somewhere in LUA drawing with ATI/AMD. Disable widgets that draw via F11 menu to find the one. There is no real fix. A Widget causing this is "Red UI Minimap", "Highlight Units" or "Chili Minimap". Setting "Max nano simultaneous particles" (SpringSettings) seems to help, too.

Try to set MiniMapDrawProjectiles in Spring settings to 0. 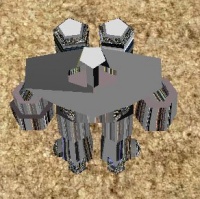 This is a known ATI/AMD-bug. Try using different driver, preferably other than 10.5, 10.6, 10.7 -> newer driver pack with fixed OpenGL driver should be fine.

Units are almost invisible, except for same black pieces 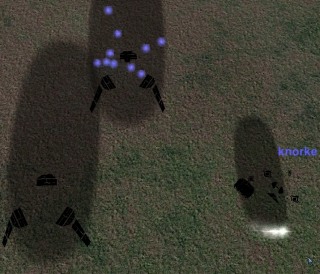 Check infolog.txt, as it mostly contains hints whats the cause for the crash. Possible fixes are:

The Sound is crackling/pausing in Windows, what can i do?

I am having sound problems under Linux! What can i do?

In more then 90% of the cases, this is caused by PulseAudio. If this is the problem, there are three known solutions to solve it. Use one of them.

Make sure you have the OpenAL-Soft configuration utility. You might want to run:

If you're not on a debian-based distribution, you can download the source from the project's homepage: http://www.anduin.net/~angasule/?x=entry:entry091211-133213. You can also check if there's a newer version.

In the "Effects" tab remove everything from "Allowed effects".

run alsoft-conf (for installation see above)

In the "backend" tab, keep only "ALSA" on the left column, then save. Done!

Side Note: ALSA is redirected to the PulseAudio layer when installed.

If you use Logitech Setpoint be aware that it sets your middle mouse button by default to 'Autoscroll'. It should be set to 'Middle button' instead. Change the setting in Setpoint.

this is a known bug in 0.82.7.1. Your cpu also has many cores? Then try to set HardwareThreadCount=2" in springrc. Spring tries to create the PathCache with to many threads in parallel and crashes because out of memory.

I have a problem that is not described here! What can i do?

There is a number of things you can do, among these are:

The ingame chat spams a lot of cryptic error messages

This is most likely a problem with the game's Lua scripting. Report it in the games forum or its bug tracker. Here are some hints how to so.