These laser towers are the earliest you can build in game without advancing to Tech Level 1. They can briefly hold off an attacking enemy, and can be built by the Commander, making them the only structural defense available early in the game. They are best used two or three at a time where they can concentrate their fire on bottlenecks, or points where the enemy can only move one or two units through at a time. Their range, however, is easily negated by amissile KBot or missile truck. These units can destroy LLT's without much damage to themselves. This makes it rather important to back them up with something heavier or with a larger range than itself, such as a missile turret, if you plan on keeping it as a permanent base defense. 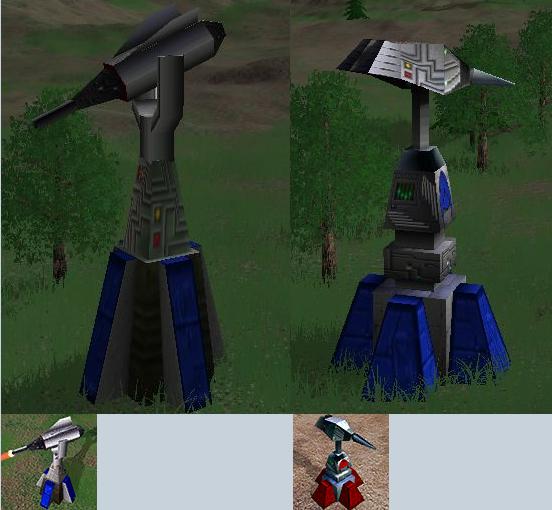