If you only want to produce your own Spring game and not contribute to the core engine, compilation is not necessary. Check out Gamedev:Main.

Warning: Compiling Spring on Windows often causes problems, it is heavily recommended to use Linux for developing the Spring RTS Engine if possible.

Some reasons for this:

That said, if you do wish to use Windows, the best place to get real-time help is the #sy lobby channel, or #sy on IRC.

Install CMake and msysGit and MinGW-w64:

When installing msysGit you should select the option to "Run Git from the Windows Command Prompt": 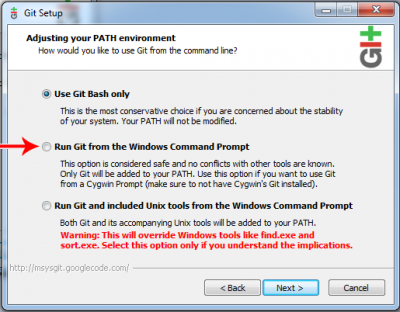 This is in order to automatically add Git to PATH making it easy for CMake to find. 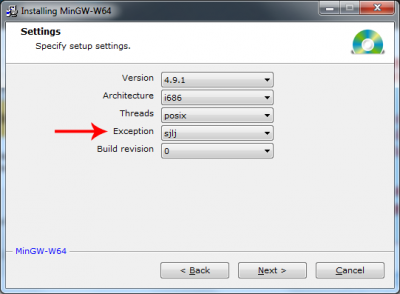 Once installed, you should add the MinGW directory to your PATH variable so that Cmake can find the relevant binaries.

Get the Source Code

you can either build the wrapper:

or generate all sources, in case you don't need the binary:

You can still use Visual Studio 2012 as described below to edit the code. This is very useful because it allows excellent code navigation, and it highlights syntax errors and trivial mistakes before compiling.

For debugging mingw builds, you can aquire a windows build of gdb from http://www.equation.com/servlet/equation.cmd?fa=gdb

To start debugging, copy gdb.exe to your build output directory, and launch it with gdb spring.exe. You can supply command line arguments to spring.exe with gdb --args spring.exe myreplayfile.sdf

From the Startmenu run "VS2012 x86 Native Tools Command Prompt" and type:

In the Project Properties, make sure to select the Microsoft Visual C++ Compiler Nov 2012 CTP.

Note: Visual Studio 2012 Express for Windows Desktop is for free, but requires a registration after 30 days (to get a free license).