Starcraft 2 APM:
http://www.youtube.com/watch?v=glSiSoAounY
Ok, true it's not just anyone, it a legend from Starcrap 1, Jaedong.

The main reason I came back to Spring was because after playing through the Starcraft 2's campaign you can only move forward to forms of play in the "Fastest" setting and that required so much APM (actions per minute) (especially with my favourite Zerg) that I really lost interest in it.

I prefer Spring's gameplay a lot more, though it's lack of polishment and much smaller community balances it out with Starcrap 2, unfortunately.
Top

My apm in sc2 generally levels around 150 (although past few days it's been slipping for some reason).

Believe it or not, that skill does transfer to spring and make you a better player all around.

Yes, apm is so much spam in the first 3 minutes of a *crap2 game, but it serves as a warmup. After playing sc2 and then playing evo (this is a long time back), I could not rest until proper hotkeys had been added into evo. In evo it is not necessary to ever click on the gui, and that's the way it should be.

Spring players are generally very sloppy and slow, that said, due to the gameplay of most spring games, actually playing spring games seems to cause people to be better rts players overall. It's a very interesting dynamic.
Top

Forboding Angel wrote:In evo it is not necessary to ever click on the gui, and that's the way it should be.

Good does not equal keyboard only.
Top

Forboding Angel wrote:[...]
Believe it or not, that skill does transfer to spring and make you a better player all around. [...]

I believe it, I have the same perception and I quote it for truth.


Forboding Angel wrote:[...]Spring players are generally very sloppy and slow, that said, due to the gameplay of most spring games, actually playing spring games seems to cause people to be better rts players overall. It's a very interesting dynamic.

I was a somewhat slow player (except during my Spring peak) but not sloppy at all. Still, I see your point.

Actually, I may have been much more of a slower player than I would be otherwise because of my constantly low FPSs... But if there's any game where you can be SJ/Heze/Gpox(*) quality with non extreme APM, that's oTA/SupCom 1/Springs.

* these 3 f#d me up so badly when I was already a good good player, that it's embarassing.

And yes, I learnt a huge huge amount by playing oTA and Spring, by miles more than any other RTS in many many areas (econ, recon, harrassment, strategy, planning). I must give some recognition to Starcrap 1(**), though, because its the only other game that tought me something important - how to rise up from my normal calm and peacefull behaviour into playing very fast and competitively.

** Played 2 tournaments in University. Won both, even though I had never played any multiplayer before. By the 2nd tournament, me and my teammate had rosen to actually smash all competition.
Top

The type of UI we have here allows you to be decent with a middling APM, this however doesn't mean you can be slow. It just takes more time to do each action, compare a drawing line with custom formations to clicking through 1a2a3a in SCBW - both take a comparable amount of time but the latter includes way more clicks to do it.
Top

It looks like he is having a seizure. What a poorly built game if the user cannot convey his strategy without babysitting each units each command individually.

Spring has one of the best UI:s i have ever seen in terms of functionality. The only feature i miss that would cut down the need for unnecessary clicking is waypoint dragging. Pretty please may someone implement this? How much do i have to pay for it to be implemented in next release?
Top

varikonniemi wrote:It looks like he is having a seizure. What a poorly built game if the user cannot convey his strategy without babysitting each units each command individually.

If there were professional players of that calibre here, they would move their fingers with about comparable speed.
Top

I believe the core of any strategy game, be it chess or Starcraft, is being able to anticipate your opponent's moves ahead of him/her. The mechanics of the human body are way more adapted for physical labor than deep thinking. The majority of humanity still lives day by day using our hands. Our minds are just used in some lesser capacity, like for making pacts with god to quit smoking or whatnot. 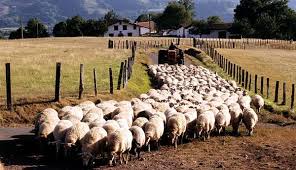 better control does not mean more fun...
starcraft's (broodwar) UI was not very powerful but it was interessting to see what some players could do despite that. Watching crazy koreans mash buttons to get the most of the limited options made up part of the fascination. So of course that was (mostly) kept for starcraft 2.
If the game had a better UI the best players would still click around very quick: But this time to move waypoints, to toggle unit states, to adjust some economy sliders, in short doing more abstract things. Which would be less interessting to watch and play.
Top

knorke wrote:So of course that was (mostly) kept for starcraft 2.

Even made some advances, like the riviting action of larva inject timings.
Top

I found something else starcraft fans will go crazy for: http://www.youtube.com/watch?v=4GDusA21cEA
Top

luckywaldo7 wrote:I found something else starcraft fans will go crazy for: http://www.youtube.com/watch?v=4GDusA21cEA

Just look at his face. He also is having a seizure of some kind. So out of it by the end that he tries to grab onto a pointing hand.

If some activity is designed to require malfunctioning neural pathways then it's not my cup of tea.
Top

Actually, remove the part that shows the car, and show only him working the pedals. And give it 180,000 views and people fanboying over how good he is at hitting pedals.

If you were trying to make a generic comparison regarding automation of gameplay, well, try to figure out what makes each video exciting or not. Is it because someone is pressing petals and turning a wheel or not, or is it because one is racing at a high speed with a certain risk to life?

If I found a video of grandma pulling into a driveway, and compared it to a man inside an automated racecar doing high-speed maneuvers beyond human capability, how objective is my comparison?
Top

I've never been to an airshow where people complained about how automated the planes were. (A human isn't capable of flying one unaided anyway)

There is just so much more to what makes a game fun or interesting, than the requirement to do the same repetitive tasks until they are burned into your muscle memory.
Top

You left out some stuff like taking upgrades, attacking, defending and talking to your ally. How boring the game would be if all of that was automated and queueable without reserving resources immediately. Take away too much and the game loses its essence.
Top

Cheesecan wrote:... How boring the game would be if all of that was automated and queueable without reserving resources immediately. ...

I'm not sure you weren't being sarcastic..? I find that immediate reservation of resources absolutely ghastly and is probably my biggest gripe with the game. SupCom 2 was launched like that but they patched the game into "fixing" that (had no place in the oTA/SupCom family anyway)...

But you are right!
If Starcrap had that "fixed" as well, it would change the game a lot and it would have to create different mechanics to keep players entertained. The most obvious way would be to make the players spend more time and focus involved in the battles to compensate for that less time and focus in microing their bases.

oTA family of games are all like that, if you think about it. As I frequently say, one of my favourite gameplays of the oTA family is that engagements aren't over quickly. Frequently at certain points of the game, some kind of grey frontier develops and a permanent state of warfare starts, with shells falling in from both sides, frequent attempts of breaking in, ruthless artillery battles, etc. I need to keep scouting, try to scout, try to predict incursions, repairing buildings, building better artillery, and never forgeting to keep my econ/production moving forward.

That's how oTA family of games keep the players entertained.
Even though I like Starcrap (even having huge gripes with it), I very much prefer to have the factory auto-cramming Rockos and me spending the majority of the game babysitting my rocko squad in a long lasting raid, instead of losing them in a 5~10 seconds explosions rave and going back to microing my factories.

If you look at the evolution Old-School-RTSs -> Warcraft 3 -> Defence of the Ancients -> League of Legends, you'll notice that the RTS evolved into more and more focused in the fighting engagements, to the point where players were removed of controlling the base and even their armies, just their heroes. And players are not bored, because they are engaged in a permanent state of warfare.


It's all about keeping the players engaged, whatever the way - be it microing, babysitting or watching, be it the base (Starcrap) or the turrets (Plants vs Zombies) or the units (oTA, Warhammer 40K) or the heroes (DotA, LoL, HoNewerth, Torchlight, Diablo).
Top

You make a good point.
It must be noted that, beyond the point of where should the players be spending their focus, like I just wrote, there is one other dimension - how much focus should be requiring of the players. And to be honest, none of the options is an absolute truth, they're just a matter of style.

In that 2nd video, the lady (like people say in England), clicks a button and then the car goes to park. Well, at least she did something! Those guys sitting and watching the race from the 1st video (including you guys and myself) weren't even clicking any buttons. Or when you watch replays of Jaedong playing Brood Wars. A little more interactive you have spectating, even though you're still pretty much not doing anything.

We have all levels of interaction - from seeing a movie (ex: war movies), to giving very paced instructions (Civ / Hearts of Iron 3*), to average (SupCom) to seizure-level of action required (Starcrap) - and we should never stop having all the options for those days when we're on the mood for that.

So, we have 2 dimensions on how to keep RTS players entertained. How to distribute their focus - how much focus should we require.
Top
Post Reply
63 posts