Is it just me or is there no normal mapping on the units? And if so, why not? You can get quite nice results with shaderpro/crazybump.
0 x
Top

They do have them, they may not be strong enough though to show up... that or possibly this work computer cant handle them. I'll try making the bumps more extrem to see what happens.

I think with effects added to all the little things (electric sparks on the disco sphere generator thing, smoke from backpack exhausts,..) it will look even better and alive. (It already is very nice.)
Looking forward to see it in motion.
0 x
Top

I like it but the effects don't match the units.

Perhaps you could do some like the ones in DW:G3? 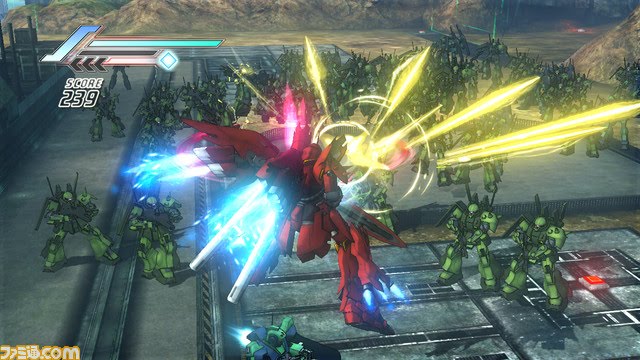 Yeah, the grey smoke is so sad. Make us some flashy effects!

Is there any info on what the gameplay will be fore the aGorm Mod?
0 x
Top

If your deviating from the TA mechanic of factories and extractors, make sure you leave the door open for someone to come in and put it back in a mutator =]
0 x
Top

Havn't even had time to think about effects yet, just wanted to get things in game first. Effects can come later (still a few more units I want to put in for this phase...)

Congrats, looks great, a fresh mod for us play ;D

I'm not dead! Been busy with a lot of RL but starting to free up some time to work on this again, got somewhat demotivated with the crap GUI and not being able to make Chilli work, but have decided that can wait till I have more stuff in game that I can do, like units and effects etc... Hopefully get it in game soon.

Quite creepy and brilliant.

How did you do it? Posing in upspring / poser gadget / by hand / some other method?
0 x
Top

my opponent in madness

Very nice indeed!
From his posts I guess it was done using math and fiddling around.
0 x
Top

Basicly there are 3 points in the root of the moddel are that are the targets for the feet, every third(ish) of a second the script reads in the position of 1 of these points and compares the cordinates with the units cordinates (meaning each foot recives new cordinates every second, each offset by a third)

Then a sepeart thread running every 25th of a second uses trig to move all the feet to there repective positions, the result being they look like they are stuck to the floor.

The rotation of the legs around the vertical axis is 100% acurate, but I did cut one or two corners with the lower legs as working out an angle for each joint, while possable, would be wastful and complicated and it looks fine just aproxing it off the angle between the foot and the floor.

Still needs a lot of tweeking and its just the walk at the moment, not the guns and stuff. Also it should be easy to adapt the script to work with 4/5/6 ect legged units, and possibly even 2 legged if I change how some of the angles are worked out. Pointless though unless the unit is this sort of size!

PS: I'll post the script up when its more compleat and who knows some of you coding whizzes might be able to spot some speed-ups.
0 x
Top
Post Reply
123 posts