I should really test these ingame before I make these.

Anyway, based on my apparently awful memory, I was under the impression that the krow could only center on one target if it is pointing directly at it. So, I made turrets with a full hemisphere of range. (They can twist too.) So at the moment, the only way they will all fire at one target is if you order it to attack a single unit. But, as soon as you break away the krow from its target, it will shoot it with 2.

So, if the krow is firing at one unit it would look like this. Personally, gameplay wise, having it NOT be able to shoot at the same target other then one side cannon and the front one, would be much funner. Micromanaging massive units instead of smaller spam units is always fun. The effect worked pretty well in supreme commander. Where the units themselves did fine without micro, which gave you the room to play around with the experimentals. We could even balance it out by giving it a back cannon, and then decreasing the attack speed. Because, lets be honest, after spending a fair amount of time building a unit, it sort of becomes your little robot child that you want to see succeed in it's albeit short life. :3
Top

There's nothing more annoying than units not targeting what you order them to target, there is no fun in units disobeying you. The crow should always use all cannons to attack only the target you issued and waste no shots on other targets unless idle/moving.
Top

I find current krow is always floating off and shooting at stuff other than the target anyway. I think its ok for this unit to be 'unwieldy'.
Top

Imo, krow should still be a little wider (unless the model is a lot larger than I think it is). It looks really barrel-roll and forward-lunging ish, maybe push the hovering engines out to the side to make it wider?

Also, rapier is nice but I think it looks WAY too cuboidal/squat, reminds me of Guiltyspark from Halo rather than a sleek fighting machine designed to shoot rockets around.

Basically, I think it would be nice if rapier was longer/looked meaner and krow was flatter / wider.
Top

Well, the idea was to emphasize the difference between a plane that attacks while moving in a sort of elegant fashion, (fights bombers etc) and a hovering plane that is sort of in your face with brute force. And also a plane that can take some hits. To be completely honest, the old rapier model makes absolutely no sense to me whatsoever.

As for the krow, you may be thinking a little too much of the old model. Which, like the rapier, is a model that makes no sense to me at all. Or that may just be me. In any case, the idea was to get a design similar to a frigate or a dreadnought of some sort. But ofc, flying.

I dunno. To me it just seems that something with wings makes no sense for the type of unit, and neither does something that is about as wide as it is long. As I said, for these units in particular, I wanted to just completely throw away the old designs and start fresh.

Let's wait till they are UVWrapped and we can decide then.
Top

Wings of some sort do make sense on gunships, it helps with aerodynamics/steering. With a design like this, it would be realistically quite hard to change direction compared to if you had some sort of "tail" to change orientation with.

The thing with the old Krow model was that it was wide, this made it look big and slow. I'm not sure if this new model achieves that when looking at it top down, even if it makes more sense in this closeup view.
Top

The new krow looks chunky and powerful, just right. Even the limited fire arcs can be made to work, since all weapons can fire forward, and the attack mode of the krow results in it strafing around the target, aiming its front at it.

wings make sense with the harrier for example, because it can fly like a plane (lots of forward speed). the krow does not have that.. the way it moves in BA, wings make no sense. having a tail/nose with direction change stuff on it (like a helicopter) and having wings are two totally different matters. having 4 boosters as this new model has, sure is enough to change direction (both strafe and turn).
Top

The wing/tail/whatever comment was more towards the rapier, not krow. Yes, it can turn with just the thrusters but it does not give all the same options as having some other option for steering too. But that's not very important in the end, whether it looks cool and/or sensible on the first look is the main thing. Especially when you've got stuff like bladewings in the game anyway, realism isn't important.

With old Krow you can give an attack order, then move order, and it'll keep favoring that target even when moving (as long as you don't give another attack, or stop command), so it's still different.
Top

Love the new krow too. Old one sucks.
Top

lol the new stuff is more dawn of war space marines than starcraft, quit your fear mongering, afterall starcraft ripped off GDI if you want to play it that way
Top 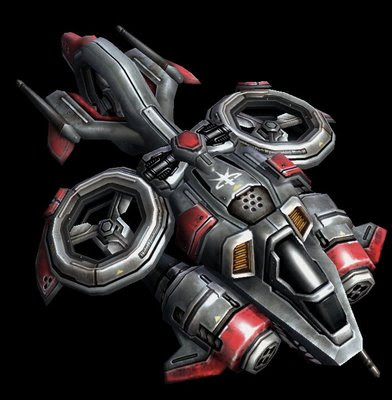 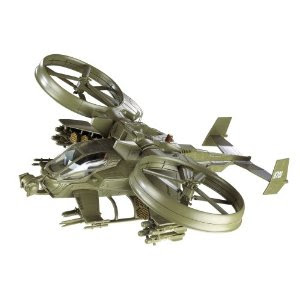 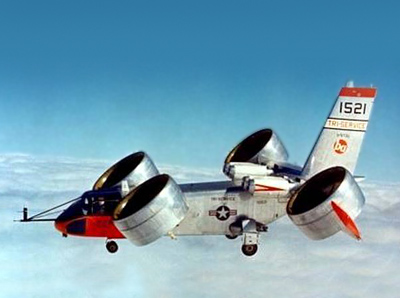 Don't bother too much with tweaking the Krow. That unit has so much sentiment from all different people that you'll never find a design that pleases everybody. Pandering to people was the reason my Krow model never got done (beside the fact that it looked silly and made no logical sense whatsoever

Your current model is really nice. I say, keep it, unless you suddenly have a much better idea.

Keep off topic balance discussions and non constructive comments out of this thread please.
Top

the comments were about the same topic as your posts

Beherith wrote:The limited firearcs may be a problem, but I dont think they are too serious.

Also, [completely retarded, personal, and ignorable request here] please don't do too many rotors, it doesn't feel like Total Annihilation with many of em. In fact, I felt the old krow rotor was awkward too.
Top

If you guys are wondering, here are the non water planes.