Warlord Zsinj wrote:This thread is getting too wordy, I demand moar pictures

Bit busy atm, and most of it's not really picture stuff. I've already done as much with the issues with the Ancients as I intend to before release.
Top

Argh wrote:I suppose I should address this.

No, not really. AF lost credibility with his over-exaggeration.
Top

Nobody has credibility here
Top

They don't have credibility; they don't need it. Their word is set in stone.
Top

I slaved away many a year and have no credibility. Nobody has any here, they never did to begin with.
Top

I slaved away many a year and have no credibility. Nobody has any here, they never did to begin with.

Slaved away at what? A lobby that i can't find anymore

ahem, a lot of the features you see in todays lobbies were first prototyped in aflobby/battlehub, and many never made it either. I was the first with:

As for the rest, hmmm let's see:
Least not the 15028 posts Ive made here, and the 2k that went uncounted after the forums got wiped, all the blogposts and tutorials I've written, the reworking of the AI section of the wiki, and the momentum in the early AI community, the countless AI threads and ideas I started that sparked othe rpeople into AI projects, the discussions in which Ive helped steer all of us to where we are today.

Cookiebot alone has a long history after the whole thing of cookiecounts and cookie weapons and commands such as !maplink, never mind that if NTai had never been there, the other AIs wouldn't be as good as they are today as there would have been far elss competition to drive forward AI development.

I've given hundreds upon hundreds of hours and time to this community, and the list above is just off the top of my head, and there's much more I havent listed. What marks it out si that for all this I would not be missed, even though without me this place would be nothing like what it is today.
Top

now stop talking about your accomplishments and make an OS X unitsync port!

wait a second..... how did we get from PURE to osx unitsync and credibility?
Top

AF it was a joke, i used to use your lobby if you don't remember.
Top

clericvash wrote:AF it was a joke, i used to use your lobby if you don't remember.

Last big playtest session before release of RC4. Huge numbers of changes have been made in the last two weeks, as everything's finally settled out. Balance feels pretty tight, with only a few small niggles here and there.

Just a few notes on new stuff to expect:

1. Resistance finally got a mine.

2. Overmind can capture the Ancients.

3. Capturing buildings, and using the urban terrain... is an absolutely essential part of playing vs. a human.

4. Resistance got quite a few new units in their mix. Overmind's existing units have been changed a lot, and quite a few that were of marginal use in RC3 are now very important.

For example, the RocketTank fires at a long enough distance that it can be used to snipe objects over hills, and can be used to attack occupied buildings. It does enough damage that it can hurt groups piling up behind defenses as well. It's genuinely useful, for urban warfare.

Most units have undergone a lot of changes, so if you had a favorite in RC3, be prepared for a shock- they've all altered significantly. The tier system means that there is a definite structure and flow to the game, and at each tier, players have different things that they will be able to do. Resistance, for example, gets heavily-armored, but slow, units at Tier Two, whereas Overmind gets a lot of finesse units at that point, that demand some micro for best results. At tier three, this trend reverses- Overmind gets UltraAssaults, MortarTanks, and Overlords, and Resistance gets the Z.A.P. and the Maxim- both of which are long-range firepower that need a lot of micro to utilize effectively. The same trend continues in air warfare, where both sides get distinctly-different tools at different points in the curve.

5. Most of the major interface gripes have been dealt with. Colors all match now- yellow/oranges for Power, blue for Materials. Controls have been streamlined a bit, and you will find that the icons for the buttons have been made less abstract and hopefully easier to decipher.

At any rate, we're quite glad that things are almost ready for the multiplayer release, and I'll try and find some time for eye-candy as soon as I'm done painting the last few things on my punch-list

what times do you host games? it sounds like time to give this another look
Top

Sounds good Argh but i do agree with the above, we need super dupar names.
Top

1v0ry_k1ng wrote:Its a little thing but this would be a much more immersive universe if the units had sensible names- RocketTank sounds like a kids toy

what times do you host games? it sounds like time to give this another look 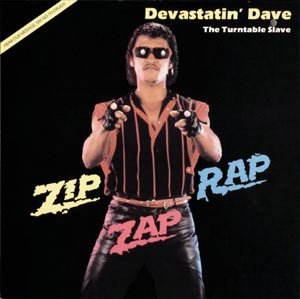 I mean, I love PURE, but the whole game is full of '90s kitsch... from the over-the-top multi-generational man vs machine storyline (the only way it could get more clicheed would be to have aliens with lots of apostrophes in their names), to the name (P.U.R.E.) - the unit names would be the last place to start fixing that stuff if you wanted to get into it.

I really dont think the names add anything.
Top

I think that "sexy names" aren't really in keeping with the storyline. It's not like the Overmind cares about sexy names.

The human stuff has names like conventional military / industrial equipment, in keeping with the origins. All of that's in the old Help O' Matic texts, which are going into the manual.
Top
Locked
868 posts