I ended up getting some work for a few hours today, unfortunately starting at the exact same time LD is scheduled, so I won't be around for the initial couple of hours (which, of course because I'm just that lucky, was the time I really wanted to be there), but after that I'll be here.

Since you mentioned giving hangouts a shot, there is this:

FWIW, instead of using Gmail or G+ for starting the call, I would use either the app:
https://chrome.google.com/webstore/deta ... golnpehhpl

or if I wasn't using chrome, I would use:
https://contacts.google.com/u/0/preview/all

Hangouts via the web is all rtc stuff so it'll work in just about anything.
Top

Unable to add GF or hoko on google+
Top

They just cancelled on me, I'll be there.
Top

FLOZi wrote:Unable to add GF or hoko on google+

You don't need to. They prolly don't have g+ accounts. You can add them to your contacts tho: contacts.Google.com
Top

rabbithole.jpg
(42.1 KiB) Not downloaded yet

pics or it didnt happen

surfaceSaving.jpg
(96.85 KiB) Not downloaded yet

SonOfAGun.jpg
(22.59 KiB) Not downloaded yet

DynaMight.jpg
(28.92 KiB) Not downloaded yet 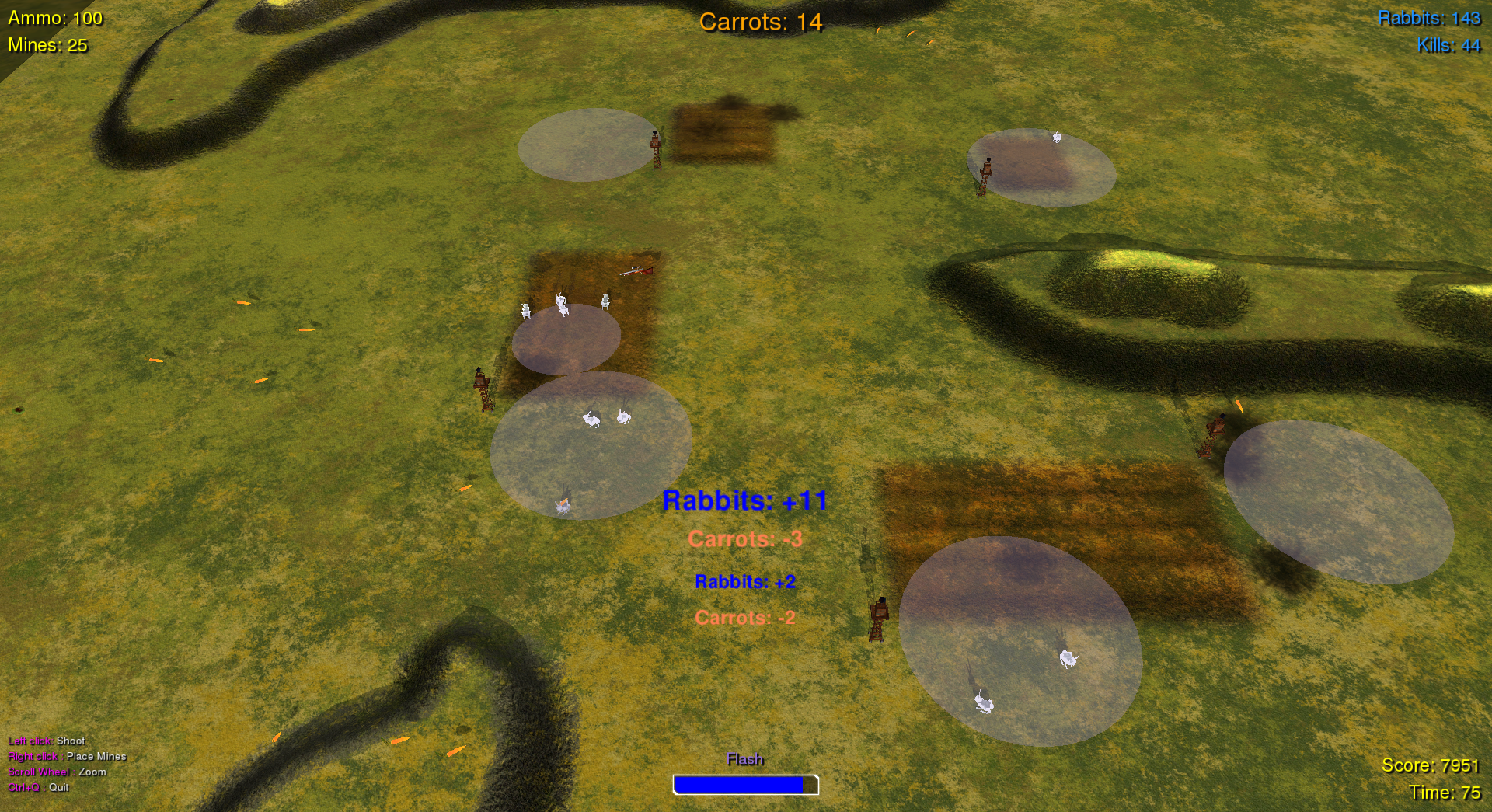 Random thoughts: It was a lot more polished than our LD32 entry let alone the LD32 preparation weekend. This is playable and fun and I'm looking forward to see what we can do when going 100% with a full team and an extra day.
Top

Watch me play it: https://www.youtube.com/watch?v=8wQFXGEyu8U
Despite this being "only" a preparation, I'd like some feedback as I think it turned out better than our LD32 submission.
Top

Man those Rabbits though... Really funny to look at
Top

Things I learned from this:

Well, I was mostly handling sounds and music and supposed to be handling cegs. I rate my overall performance as poor at best. It wasn't entirely my fault. I ran into a plethora of roadblocks that caused a lot of frustration. The end result was that my sounds quality was basically crap. That was really frustrating to me. I ran myself ragged doing RL stuff mixed with this and felt like shit all weekend.

The biggest issue I ran into was the fact that I'm the only one near my timezone, so I was more or less doing stuff while everyone was asleep. I did stay up till like 7am a few times, which was fairly awful :-/ That can't really be helped though.

I learned that 3 days is not enough time. I wanted to do so many things but couldn't because of time (and especially this last weekend... my own failings).

I dunno about the other guys but this project is now one of my babies, so I'm probably going to spend a good bit of time working on it in the future. I kinda hope they do too, because while it may not be perfect, it truly is a pretty awesome game, and together we can make it even more awesome

I would not rate your performance as poor, although I don't know what you could do at full capacity. Without you I doubt we would have had a map or sounds. I am still not clear on what everyone can do (this needs fixing) but from the active people I think you were the only mapper. Perhaps you are right though, the map was just about the minimal requirement for a working game and it could have been improved with features. The "Godlike" exclamations were really good.

I am really pleased with how the game turned out. It really came together at the end. The flare effect with the ammo and mine bonus created a good pace for gameplay, the lighthouse model and mine helped with the bareness of the map and the cegs/gibs were good. I would continue to work on it (and in fact did a bit the day after) but it feels done to me, from a mechanics point of view. It has exactly what it needs to be a fun, short arcade game and more complexity would probably mess that up. That is just mechanics though, it could definitely do with more juice.
Top

Yeah the mechanics are fantastic, now all it needs is more polish

why you must be cruel
Top

I think the prep game is mostly done and I think we achieved a relatively high level of polish.
If I were to continue working on it (assuming we had 3 days instead of 2) I would consider adding different maps, weapons (lightning gun, rocket launcher, etc.), and enemies just so it's never boring. Maybe even some sort of a short/funny intro of why bunnies became predators. 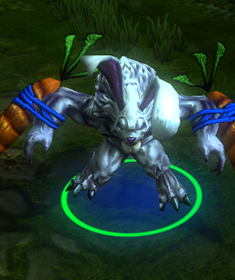 I've made a short demonstration on YouTube. Sorry if it isn't the most insightful, but the game is fairly simple.

I do kinda wish I'd started singing "Kill da wabbit, Kill da wabbit..." (to the tune of "Ride of the Valkyries"), but then again I'm not much for reference humour.
Top

Shadowfury333 wrote:I've made a short demonstration on YouTube. Sorry if it isn't the most insightful, but the game is fairly simple.

I do kinda wish I'd started singing "Kill da wabbit, Kill da wabbit..." (to the tune of "Ride of the Valkyries"), but then again I'm not much for reference humour.

Thanks, I think it was good! Although I wish you would've noticed the comical aspects of carrots appearing to move on their own =)
Hoping you'll agree to continue making these in the future, keep in mind I'll be sharing your videos with the Ludum Dare crowd so feel free to offer insight you have as a Spring insider. I also encourage you to mention Spring/ZK for those that might not know.
Top

will the bunnies level up?

Since the prep weekend officially started I uploaded our game here: http://ludumdare.com/compo/ludum-dare-3 ... &uid=52862
Feel free to edit the description if you think something else should be written.
Top