But basically, jumpjet tech for evo:

So far these are all of the units planned for this tech. They are all bi-ped units and all of them have jumpjets.

Currently it is planned that this tech will specialize in guerrilla warfare and do rather poorly in a straight up fight. They will be relying on their speed and jumpjet abilities to perform hit and run attacks and remain a constant irritant on the battlefield.

I'm not sure when these will be ready to go, but just having the models done is a pretty big step. Next I have to tackle the scripting and actually rigging them in upspring so they can be used ingame. So the ETA is "Soon(TM)"!﻿

Because I love TA, I have ripped off the kbot factory, all the way down to their names. 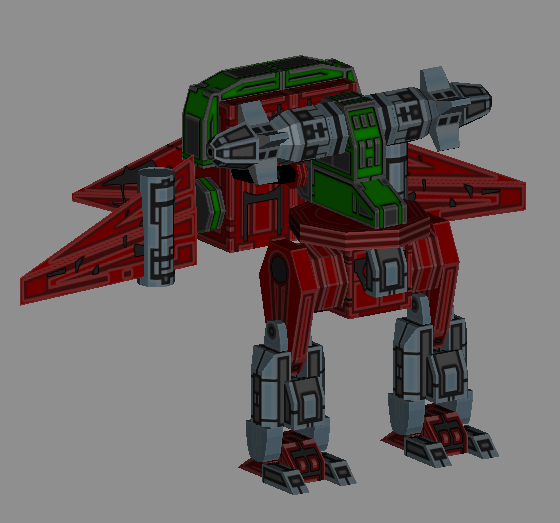 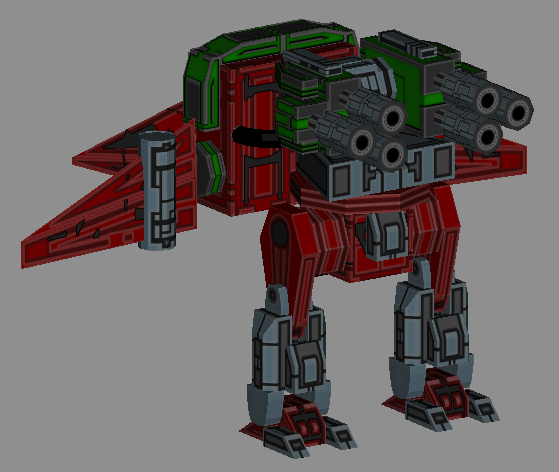 Rocko (It's actually gonna be a combination rocko/jethro (those should have been one unit in the first place anyway): 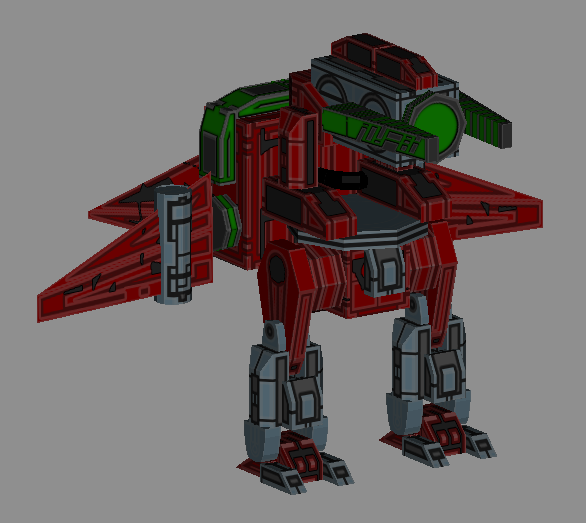 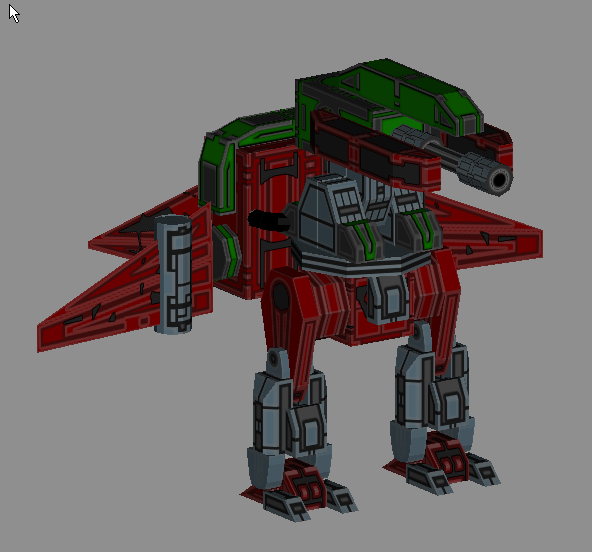 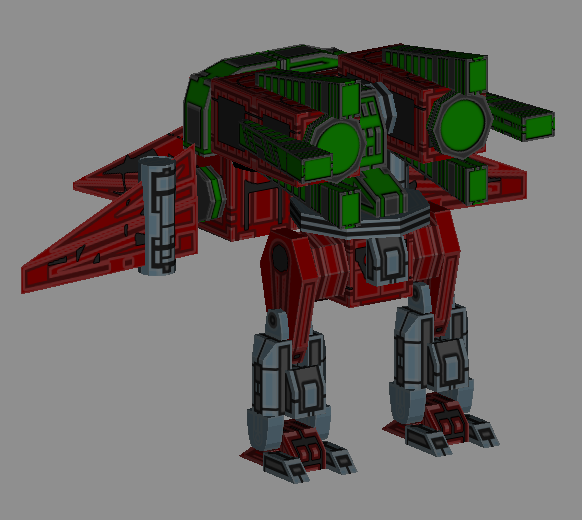 Will they function exactly like their TA counterparts? Nah, probably not, but it will be similar enough that they will be recognizable.
Top

Hey maybe you could get familiar with the game again instead of relying on faulty year old information, how about that?

Green is teamcolor in these, and because science and fiction.

Why would that matter?

Don't really care about the bottom half. It's pretty much never seen and the turrets are the focus.

What are you talking about?

6 barrel peewee, 1 weapon that alternates all 6 barrels at 0.1 refire rate (alternating sides that the shot comes from of course).

Because snake is fast, light and can't endure a fight vs a recluse or a kite 1v1 but has more overall damage output and less hp, and because balance.

Hey maybe you should stop taking general jabs at a game you haven't played in forever and clearly do not understand?
Top

Just a reminder, this is a thread to post WIP, not discuss game design...
Top

Are they different sizes? Those large wings could make the silhouettes hard to distinguish. I like the size of the guns.
Top

They are all roughly the same size (modeled the same size... ingame sizes will differ a bit). What I was going for was pattern recognition with teamcolor being different on each one and the gun barrels themselves being the biggest and most obvious difference.

Notice that they are essentially gun barrels on legs. Keep in mind the universe that you're working with here. It really doesn't need to make sense. Fwiw, if you want to go canon, the only units that have Immians actually inside are the builders. The rest are just remote controlled (from a story sense this is why there can only be so many units on the battlefield at a time and why army is so expendable). I had actually planned to do a whole story section talking about how armies worked but I figured no one really gave 2 craps lol

From top down the wings are actually largely invisible as they are very thin. I mean you can see them, but they won't get in the way visually.

It's worth noting that these guys are turret=false (this is for gameplay reasons). This tech is meant to be the tech that people who love to micro units like crazy will LURVE.

Hopefully I'll have these guys ingame semi-soon so I can make a vid of how they are supposed to work.
Top

be warned it's about as WIPy as it gets
https://github.com/zoggop/Loony
to make a meteor hold down comma and move the mouse until you have the radius of the projectile you want and release. to make a meteor shower /luaui loony shower <number> <mindiameter> <maxdiameter>

Not bad! Have you tried to play some game on that map? Can you provide packed version of that map on springfiles?
Top

lol, it would play pretty badly, as it has no metal and is randomly generated

i'll put something on springfiles once i make something playable with it. could go two routes with it: either make a procedural crater map, with a texture that looks inoffensive (but not good) whatever topography it's on, or use this crater generator to export a heightmap and attribute map for L3DT to make a proper texture for a static map.
Top

and while all the other bitches where busy bitching.. i cooked something up 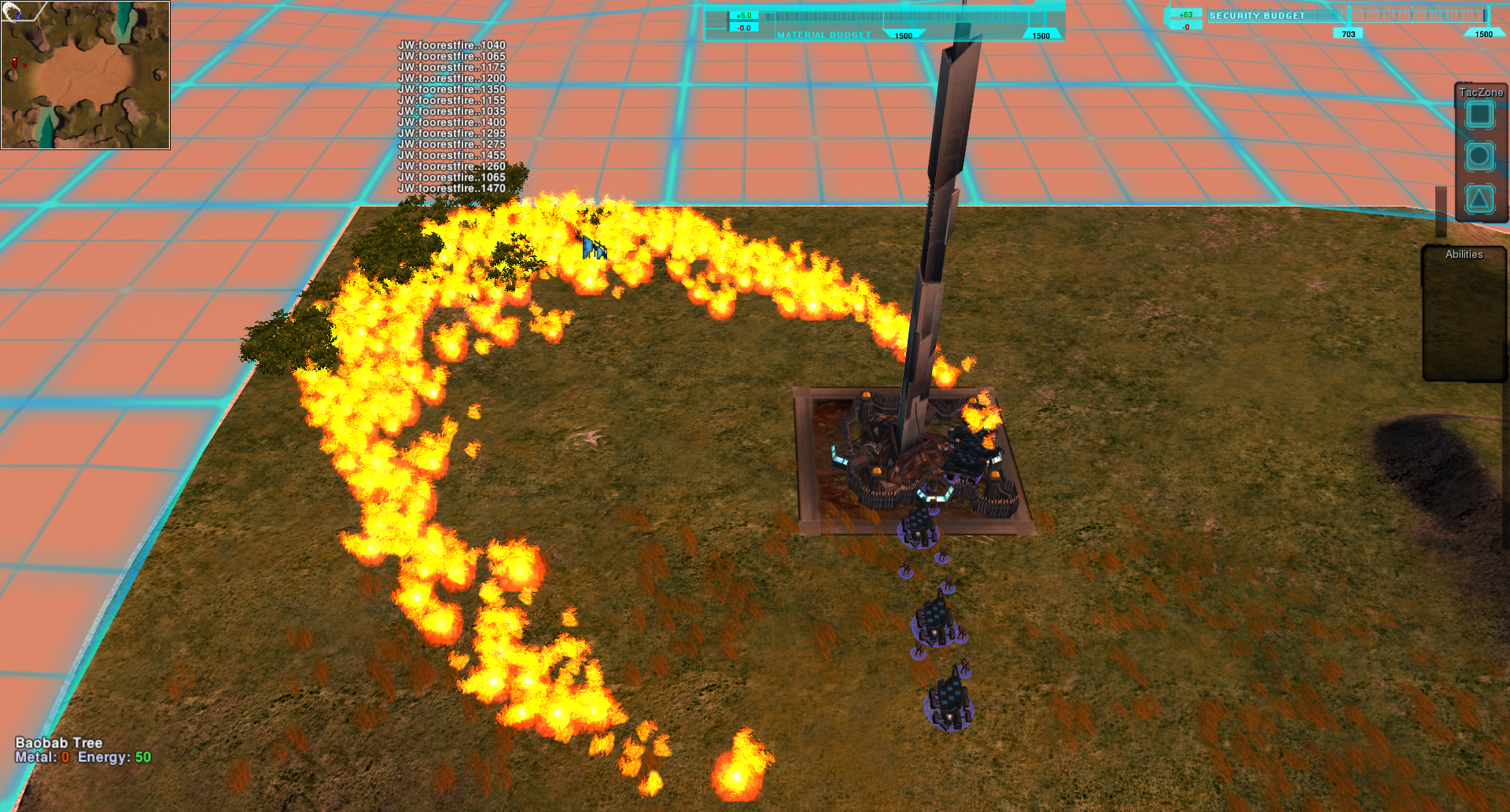 where there is no fire, there once was fire- and will be a ash and burned ground decal..

PS: this will later use lups.. CEG Fire is suprisingly performant though. But not pretty

screen00240.jpg
The attachment’s file size is too large, the maximum upload size is 2 MB... i remember AF crying because my big file size hurt his phone.. good thing this file limit
(1.95 MiB) Not downloaded yet

that looks good. Needs some smoke though.
Top

the problem with smoke is- it takes view.. i have done that, been there.. and im through with it..
smoke only makes sense in a close up view, when you watch the battlefield for aesthetic reasons.. my smoking buildings and wreckage become a strategic problem ingame- im okay with it.. hell i actually find that interesting
but here.. i dont know...

look at zero-k.. there napalm could have had smoke like a ashtray on fire - but they decided against it. Some Special Effects are good for spectrators, hollywood in general, but bad for a general..

This is one of them..

Draftbattleroom.jpg
(150.41 KiB) Not downloaded yet

In Order to impress (and to keep chicken aka varyfoo numbers low).. the varyfoo merge to a bigger form.. the Varyfoo_Kaijoo

And yes, that thing is exceptionally big.. 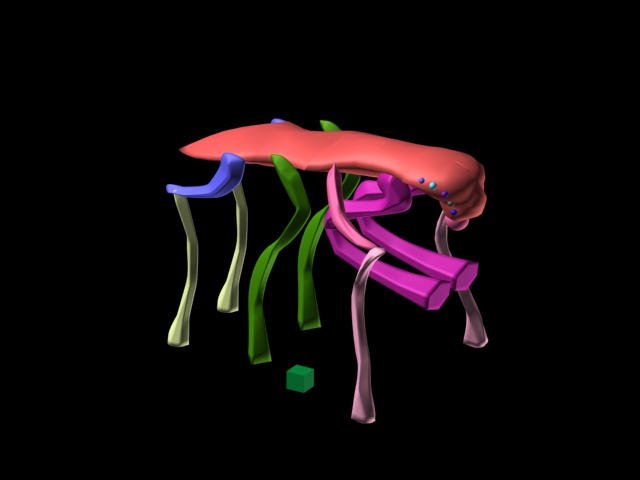 Your mom said that too

VaryFoo_Kaijjoo.jpg
(50.37 KiB) Not downloaded yet