Some guys decided to attack each other with tanks and you can be one of them. /join #springtanks Already scrapyarded that other map, because that organic curved stuff didnt fit that tankteamfortress style.

looks neat indeed! just maybe remove one floor from the buildings/ruins so they get a level top and tanks can drive on it. (but would have to see ingame, maybe just have some have a flat roof)

Another idea I had are doors: 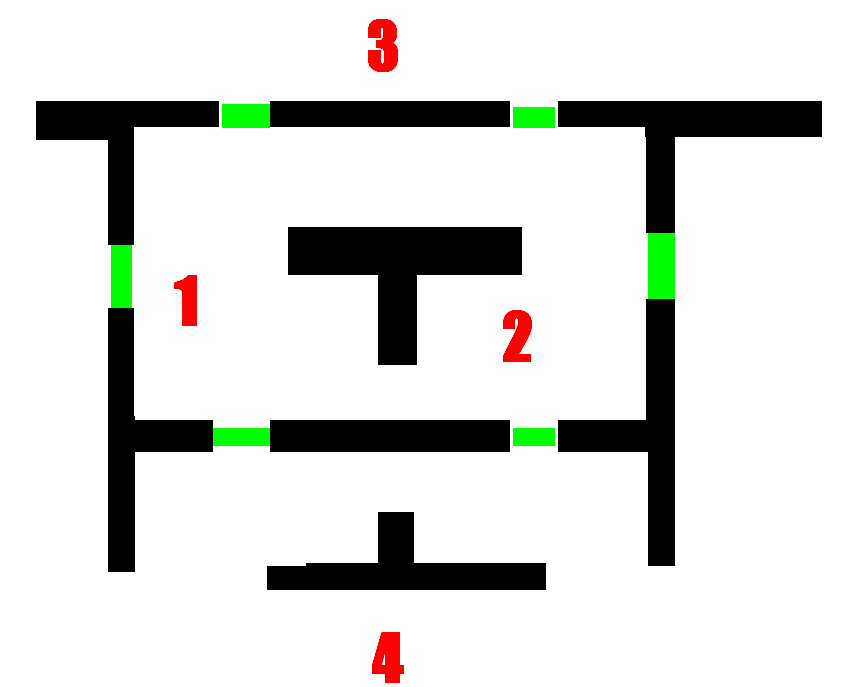 green would be doors that can open/close. ie in a 1v1 doors would be closed so that the map is smaller. Or players might be able to open/close them by driving into certain areas. But that isnt so important, doors are just an idea, havent worked on implenting them yet. Just if you maybe have one or two areas that look like a door/laser fence makes sense there... (just a gap in a wall or 2 parallel walls or something)
0 x
Top

Knorke, your doors map just made me think of two game types that spring tanks might be fun with.

Cart. "PUSH LITTLE CART" into your enemy base to win.

They are both inspired by tf2.
0 x
Top

no you should have a button and to keep the doors open a living unit has to remain on it. or else it will close.