A late World War II game which attempts to balance historical realism with a tactically complex model of battle. While we've been quiet, yuritch has been busy making huge improvements to the visuals of our naval units.
This release also contains a bunch of bugfixes for more recent Spring versions -- sorry for the wait!

As ever, thanks to the Spring devs who make Spring a better and better platform to develop on, as well as those who keep popping in to play S44 every now and then.

I had no idea that anyone was still working on this.

It might kill you to post updates on your site once in a blue moon :-/
0 x
Top

Forb: for all of us except Yuri, 'working' is probably too strong a word

People get in touch every so often asking about fixes and such, so I figured it was well past time to put out a build that didn't have some of the weird broken things that Most III on 95+ had. I'll update the site with the release post once our autohosts have updated to Neptune.
0 x
Top

Finally! congrats guys, ive been waiting for this one.
Tough its late and il be sure to give it a go first thing in the morning.
0 x
Top

that's the shorter of the two matches, and I didn't have the quality settings or audio levels quite right -- it'll be better for the next game.
0 x
Top

Nemo wrote:I distinctly remember Spiked telling me that I couldn't do any of the American unit voices because "you sound like a friggin late night jazz radio DJ"

Ah, those were the days.

Nemo wrote:I distinctly remember Spiked telling me that I couldn't do any of the American unit voices because "you sound like a friggin late night jazz radio DJ"

May i marry you till i have all my tutorial speeches done by you?
0 x
Top

Now I really need a picture of Nemo to see if it matches the mental image that voice generates.
0 x
Top 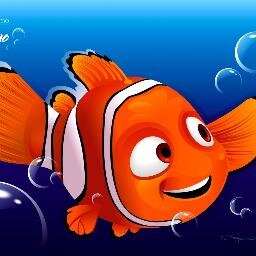 Picasso: I may have to disappoint you re marriage, but I wouldn't mind taking a crack at recording some tutorial speech if you have a script

poke me on the lobby sometime.
0 x
Top

Another one! This game was much longer, features many more parts of the game (armor, air, etc.). GG Lowdive! Strongly recommended watching if you have any interest in S44.

Feedback on improving commentary most welcome - I think I ended up repeating myself here and there.

Kudos to qray for Desert Needle Small, which ended up being a pretty great map for S44

The changelog since 1.7 to now is frankly huge, but in major things in brief that I can think of;
Overall the basic gameplay is still the same. Capture flags with infantry, infantry can see better than tanks, planes have limited time on the battlefield. Build stuff and destroy your opponent.

Probably the best way to learn what's new is play one of the original 4 sides, re-familiarise yourself with the game generally and any changes, then progress to trying out the new nations. Also, multiplayer.