Hello, I found Upspring always inverted left right when applied UV, will the model inverted in Spring too ?

I have to flip the 'UN' text in this model... and some panel flipped left right

ps : texturing not yet finished, and I havent paint the exhaust tube.....

WD one would be camoed, and there will be no UN text painted

Depending on the graphics format you use (ie, .dds is right-side-up, .png needs to be flipped). If you load the model up in-game and the texture is retarded, flip it in Upspring, and it should show up fine in-game.
0 x
Top

I found that everything but DDS needs flipping. Only one of the reasons why I prefer working with DDS. There's a Photoshop plugin available on the nvidia site which adds DDS as save format.
0 x
Top

And DDS is also far more efficient, rendering-wise. Use it

**cries vaguely into palms** why can't i model/texture like that...... actually why can't i do either of those things at all

Oh maestro, use the show UV function somewhere from the menu in upspring, you can flip and mirror the UV map so you don't have to mirror your textures.
0 x
Top

**cries vaguely into palms** why can't i model/texture like that...... actually why can't i do either of those things at all

Actually you only need lightwave's 'basic tutorial' to make such model

And @6 hours@ 70+ layers you maybe can make texture better than mine....:)
It is more about how many time you willingly 'waste' for it
0 x
Top

That actually gives me some more motivation to start on my WD stuff again.

Maestro did you draw that picture? it's sweet LOL!

I have a question to WD fans.

Would you be interested in donating money and computer equipment to support development? both Maestro and I are running outdated systems and money would help our almost depleted motivation.
0 x
Top

soon to be mospact asset

was just looking at design pictures for that. 152 mil double cannon 16 rounds + per min.

Jesus Christ that things a behemoth

By the was as far as i can see the one in your picture is the testbed version the final product will have a slightly different turret design (as seen in the line drawing) and be mounted on the ob. 195 chassis.
0 x
Top

Where did you found that one and what's its name? It looks much more like something from a sci-fi book than a real fighting vehicle. AKAIK double gun design wasn't used on Russian tanks since KV-1 prototype (which had 1 76.2mm and 1 45mm guns, production version lost the 45mm). 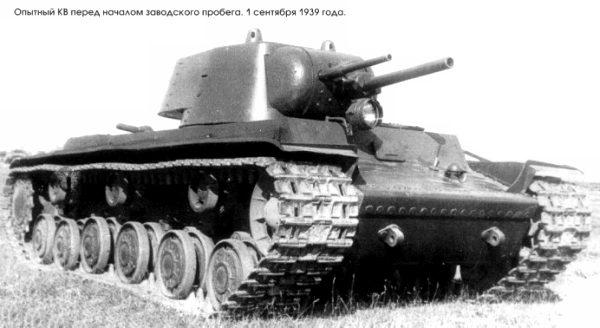 BMPT, on the other hand, is already being supplied to the army. It's basicly a tank designed to support main battle tanks by killing things they have troubles with (such as infantry). Better add it than some 2-gun behemoth.

dont worry about BMPT....
It will be in WD too (I already have detailed line drawing of it)

the artillery is real. It seems Russian finally get better funding.... Usually they will try to sell the design and boasting to everyone about it but the artillery prototype made rather sneaky. lile in SOviet era. No one heard about it till it materialized. The hull and overall concept is taken from the T-95 prototype. I dont understand why they dont really produce T-95 though.

Speaking of strange Russian vehicles: have you heard about TOS-1 Buratino? English description (no pics), photos and a link to Russian article. That thing is in use in Russian army.
Weird tank design: Obj. 279. This one got cancelled, but it surely was strange.
0 x
Top

I have the line drawing already (front projection ,side projection, munition firing sequence and turret base).
The only 'new' thing I havent had the pic is 2S-25, but Andrei said this is not yet pass state test so no pic available now
0 x
Top

maestro wrote:Now this one is really looks like sci-fi

Man that thing was wrong. so cool but so wrong. Hah i'd love to see a cold war mod done at some point. of course i'd like to see WD finished first

Any word on if you are going to port over more of the old TA models you had for tanks? We don't realistically need the .s3o models in all their alpha channeled shaded glory. It would be nice to see the ground units broken into several tiers, too, so that its necessary to actually build half of the units.

And from there you could have sides start with multiple 1st level plants, say the Eur-Asia Union could have separate German, French, Italian, Swede plants. As the levels progress you have Franco-German, Italio-German, etc consolidations.
Last edited by MadRat on 17 Dec 2006, 02:02, edited 1 time in total.
0 x
Top

Much of that list is *way* out of service these days.

You would have enjoyed TACW.

I would like to see WD split up into nations however.
0 x
Top