I don't see why you'd need to expressly react to something that's yet to be released and might or might not be rubbish. Most sensible thing to do is to just keep going and try to make the engine and games we have, the best they can be, not try to transform them into something else just because someone else thought of a crazy idea.

If someone wants to do a game with multiple planets, go to PA. But not every game should have that gimmick.

Or if PA engine happens to be so awesome as to surpass Spring in every respect, including playing single, square maps, then just move over to the superior product, OS or not - no point to invest at Spring anymore at that point. But how likely is that?
0 x
Top

I wouldn't be so afraid of PA. SupCom 1 and SupCom 2 came out, and Spring player base survived.

Spring is old. Seven years old. That's a lot for a computer game. You'll have to come to term with that it will eventually wither and die. Well maybe not die, but stagnate at least. It's already quite a feat that Spring is still going, with new modders popping and multiplayer games being played 24/7.

Modernising Spring so it stays relevant in the future is a noble goal, but I'm not sure it can be done incrementally. I mean, hasn't it reached a point where it would be better of starting from a clean base? Or maybe the changes needed would break so many games, it'd be better to leave Spring 1 engine alone and move on to a Spring 2 engine.


And the university touch interface stuff?

Oh yes! I don't have a touch screen, but that made me ponder if I should buy one!

Touch interface stuff is just an exemple, but in general Spring seem well suited to "university stuff". And that's a card no commercial RTS can play. So it would be very beneficial in long term to be supportive to such "university stuff" : they can bring cutting edge technology, dev times, and in general universities are filled with clever coders and gamers with free time.


Develop the 1st person view into a mechwarrior type game?

Yesterday I specced a couple ZK games, with "action finder" widget that sometimes do close-up chase view. Even though ZK is one of the most polished game, it was disgustingly ugly up close. We're in 2012, and gamers are used to super pretty graphics. Since the ugly show more when the camera is close, avodi first person views.
0 x
Top

But on the topic at hand.
I don't think PA will hurt spring in the least. I actually believe the opposite. As much as I'd like spring and its games to be mainstream, they're not (at least not yet). They're an alternative, an alternative to what? Mainstream games and we're an excellent alternative at that, so if PA brings in new users/modders/devs to it's community, I fully believe we will be the community it splashes into (if any). Especially if PA isn't very modifiable, in which case they might find us

. Kickstarter is a new frontier and it just might bring in a whole new generation of RTSer's, which will in turn be looking to satisfy their addiction and spring (and its games* being an open-source free alternative with unlimited modifiability) might just draw their attention.

*I would just like to note how much easier it is to say "spring" and assume people know you are smart enough to read and know that it is in fact the engine the games are built on than to mention every single game built with it or "spring and its games" for short. Because this is in fact, the spring community
Disclaimer: take nothing I just said in my little rant serious I mean no harm

That is a reference to peer gynt where krystal(panda on the site) said a wor'k' shaped troll being misreading the story. instead of worm. It was funny so I put that as my location.

My point remains that they can figure it out. If they can then maybe they can converse about it.
0 x
Top 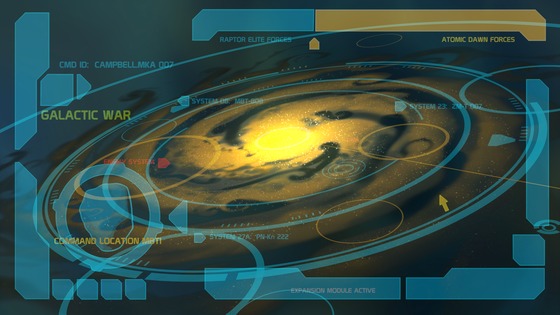 Can the general spring modularisation discussion go somewhere else? As in not to be rude but there is a topic here....

I don't see PA as "the next step in RTS". It is aiming to implement a core feature, planets, and will probably build around that. RTS is not evolving to have as many as features as possible because more features do not make a better game. Are all games instantly improved when played on a sphere? I get the impression that using the PA engine to make a game which is not set on a sphere would be a fairly pointless exercise. Anyway I doubt they will add as much flexibility as Spring has for making games.

I don't see any need to jump on this bandwagon. Sure it would be a nice feature but there is no way we could do it better than PA in a year with no paid developers. Anyway I get the impression that spheres would be a complete rewrite of a lot of Spring (rectangular build-grid anyone?) and even torus maps would be a crapload of work.

My motivation regarding PA is that I would like to try the idea and it would be better if it is not implemented in a crappy way. Most people seem happy to use a bad UI (see supcomm). I also seem to enjoy testing early RTS with new ideas (see SWIW, KP, KDR_11k, Achron etc...).

Sure this is probably a threat to 'Spring' (the games people currently make and play with Spring). But that is because there is a limited number of people who want to play or make these types of games. Every other game is in effect competing with Spring.
0 x
Top

I remember hearing that PA planets are not actually spheres, cannot confirm though. Anyone got source one way or another?
0 x
Top

Made a new topic for the speed/readable/abstraction discussion.
0 x
Top

Anyway, I'm really happy to see people think about the "what do we want Spring to be when it grows up".
I don't expect that we will get to a real shared vision of the future, but it's always good to know what others think.

There are a lot of posts.. I'm just going to pick a few things.


Kloot wrote:So prove it? Start your own studio, set up your business plan around the FOSS philosophy, hire a few good people and Lead The Way™. Until then your case to Mavor (and us) isn't the strongest.

I know, it's not my personal ambition to start a studio. Still, having some stable revenue beyond covering the server expenses would make an important point.


zwzsg wrote:Modernising Spring so it stays relevant in the future is a noble goal, but I'm not sure it can be done incrementally. I mean, hasn't it reached a point where it would be better of starting from a clean base? Or maybe the changes needed would break so many games, it'd be better to leave Spring 1 engine alone and move on to a Spring 2 engine.

At work I made the choice to switch framework (Zend to Ruby on Rails). That was a major project. And we paid someone to do it more or less full-time for a year. Meanwhile I and the other (php) dev's were learning RoR. It can be done and sometimes it's necessary. I would only recommend it if someone paid is going to do the rewrite.


zwzsg wrote:Touch interface stuff is just an exemple, but in general Spring seem well suited to "university stuff". And that's a card no commercial RTS can play. So it would be very beneficial in long term to be supportive to such "university stuff" : they can bring cutting edge technology, dev times, and in general universities are filled with clever coders and gamers with free time.

Yes, we should try to support this more. Maybe we can add a "thesis?" page to the site? I think most Spring engine developers were in University when they started coding. And left after graduating..
0 x
Top

Yeah their kickstarter was a total success. I dont know if some of you had put money in, so we could have some news about the Beta when it start.

Griffith wrote:Yeah their kickstarter was a total success. I dont know if some of you had put money in, so we could have some news about the Beta when it start.

I am in the beta with another guy who plays BA with me. It will start in January or later i suppose, the game is going to be released in July (maybe) and we are going to test it hard. I think they are going to release a great game: massive battles, multiple windows on multiple monitors, mod friendly engine, asynchronous client-server model, map editor with procedural generation support (like AoE) and so on. They have the money, they have the skills and they have a great community behind, but this doesn't set the end for Spring RTS. You don't need to add planets to have a good game, you already have great games.

Here we have a great engine, but the development is really slow. There are so many things to innovate and to improve. Yes,the multithreaded version is great and it's a good step above, but the main problem is the lack of new developers. I am a wannabe developer myself, I can code, I may be lack of experience, but I can learn. However, in Spring you can't learn. Sure, you can read the code, but the code is a mess and full of deprecated or old things. There is a lack of a high-overview paper which explain how the engine works and there is a lack of general documentation, classes explanations, functions and so on. Get these information from the code is like a puzzle and gives headache. This scares new developers. I can't even bugfix, because I don't know how things work.

So, in order to give this project a competitive future (and maybe thousands of players), I think you should consider the idea of Spring RTS 2, with a new design, better algorithms and a proper start documentation, for developer but even for modders.

Also, how the lobby server works? Is it using a network protocol?
I'd like to see a RESTful service on it. I think that can improve the lobby clients quality (due to easy development of them) and a new design of it can support shiny things like ladders, user stats or even clans. This is secondary, but you have to consider that the current system is not very attractive for new players.

tl;dr Stop right now and start a new project refactoring the old one, beginning with the documentation or at least with an UML design.

Clearly no networking is involved in the lobby server, the client already knows what is happening on the server by method of simulated dice throwing.

Also they don't have dates for the alpha and beta:


Q: When is Alpha / Beta / Launch?
A: We don’t currently have locked down dates for Alpha/Beta. These will happen months before the product launch so you can work backwards for an approximate timeline. Once we know, you’ll know.

I very much doubt they will have a playable tester ready Alpha ready for January.
0 x
Top
Post Reply
34 posts