It's actually my fault to not update this topic as frequently and thoroughly as I probably should (I genuinely thought no one cares about this stuff).

The original repository (the one you referenced) of the PBR is practically stale, these days I don't recommend anyone should use it. The original units PBR implementation was over-engineered in some parts and lacking in the others. Don't use it.

The map PBR is currently on pause too. It's a bit overcomplicated too, but has some interesting ideas implemented nonetheless. I might revisit it some day, although it's not very likely to happen without some blessing in the sky.

Consequentially the only alive and actually well working PBR implementation exists in BAR: https://github.com/beyond-all-reason/Be ... efault.lua Unlike the previous unit PBR attempts it works a lot better in the diverse map conditions and includes quite advanced stuff like the implementation of spherical harmonics for irradiance map convolution. That said BAR implementation is coupled with the rest of BAR a bit too tightly and secondly it uses old implementation and style of api_cus and shader. These two were improved quite a bit in TA Prime and Zero-K.

I guess what I'll need to do then is to distill units PBR implementation from BAR and the improvements from ZK/TAPrime and make a drop in ready-made units PBR package. Stay tuned.
1 x
Top

So to get this working, one must switch to BAR Lua and Model+Texture standard..
This will be a lot of work.. BAR had a Texture atlas if i remember
0 x
Top

Whether it is atlas or per-unit texture does not matter. What matters is that every unit to be rendered as PBR has to have at least two textures: tex1 as usual, tex2 composed in a certain way that channels represent emissiveness, metalness and roughness.

Normal map is desirable, but not required; in case normal map is there your model has to have so-called tangents (this is usually the case).

That is it, there are no other dependencies.
0 x
Top

The fallback to normal unit rendering, if those two textures are not there.. is still existing?
0 x
Top

Yes, the fallback for missing tex2 is possible. Trees, rocks and wrecks are rendered that way in BAR.

For that one will need to supply some static, empirical per model or per models values for emissiveness, roughness and metalicity.
0 x
Top

Sorry, im out of glsl country since quite a while.. just best guesses
0 x
Top

E/R/M are artistic terms. You don't need to do any complicated math. Just put a grayscale intensity into each channel and combine them into RGB texture (tex2).

Also recap of what these terms mean https://youtu.be/PjGCtnEDDeU
0 x
Top

ivand wrote: ↑
20 Jan 2020, 18:56
E/R/M are artistic terms. You don't need to do any complicated math. Just put a grayscale intensity into each channel and combine them into RGB texture (tex2).

Will check out the video.
For now will merge the channels i created as you said into a 2ndary texture and merge BARs stuff into my repo. Wish me luck, if i dont come back, avenge me.
0 x
Top

As said before you are not too likely to succeed on your own. The current code is to entangled with the rest of BAR. What you can do is indeed put together tex2 in the following way:

I'm gonna merge and clean up BAR and ZK assets. Not sure when, but sooner or later I'll do.
0 x
Top

You underestimate my willingness to get barbarian..

Yep, its at least partially working.. it.. it lives.. <thunder claps in the distance>
And that after a afternoon of merge..


And yet.. i prefer this outcome.. thanks for pointing me to bar..

It was late that night - when the blue men group arrived to assasinate that poor guy. 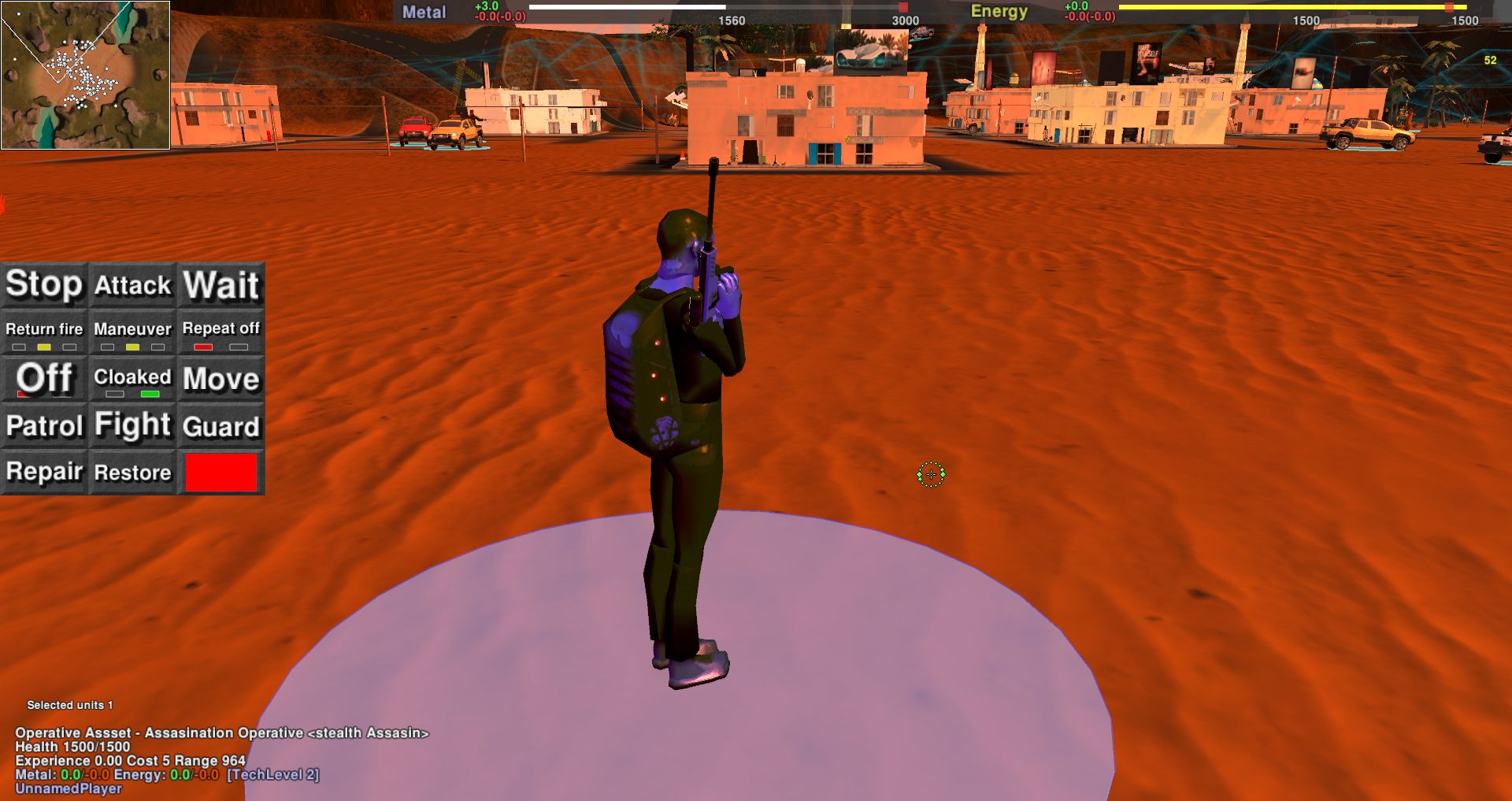 Merged the bar version with the dae config version into some frankenstein pbr abomination. It begs to kill me.. but not yet. 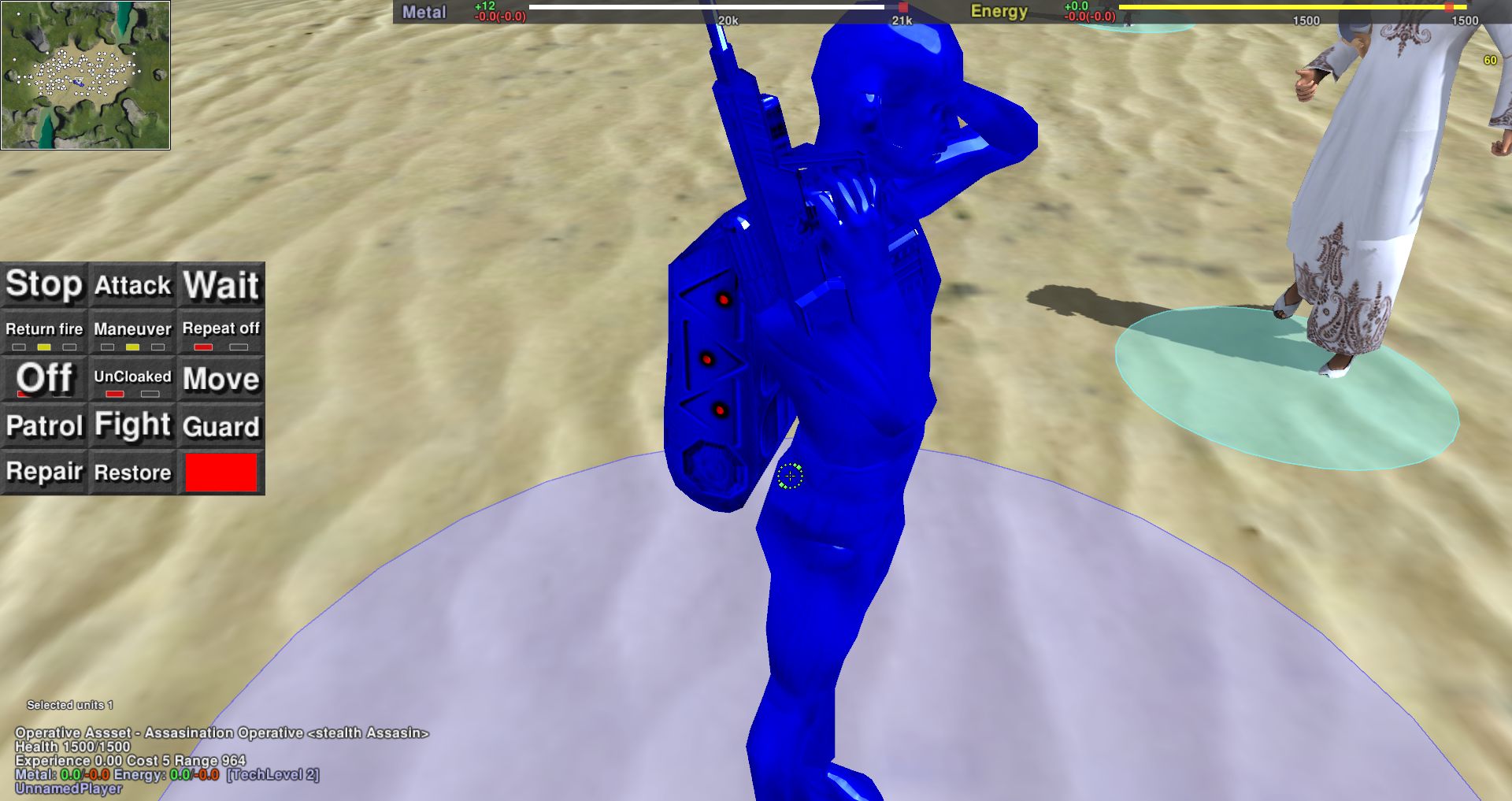 First i inverted the teamcolour alpha.. 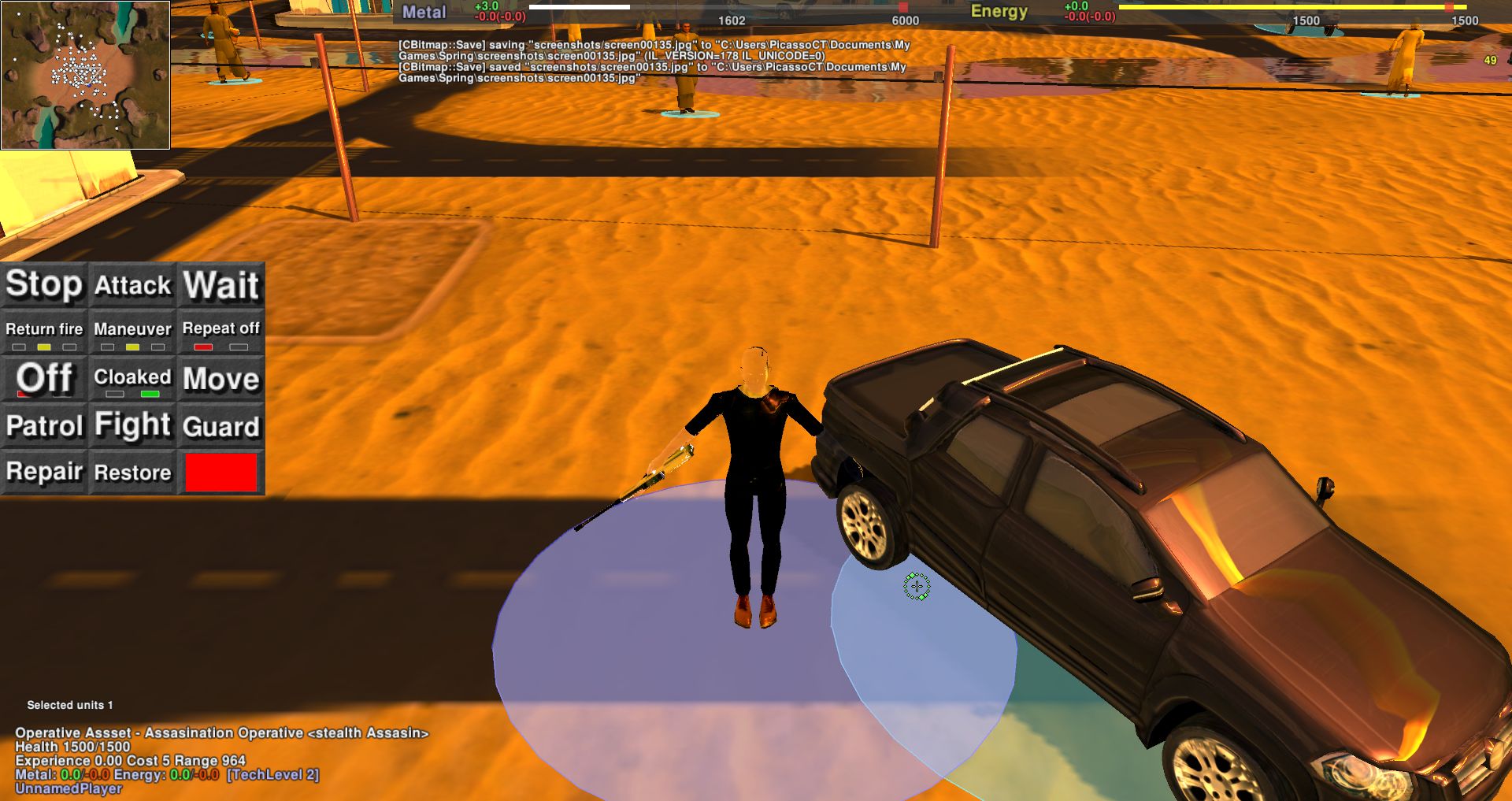 Which gave me some strange flickering abomination.. in correct colours..

Which rapidly began to turn dark..
While still flickering... 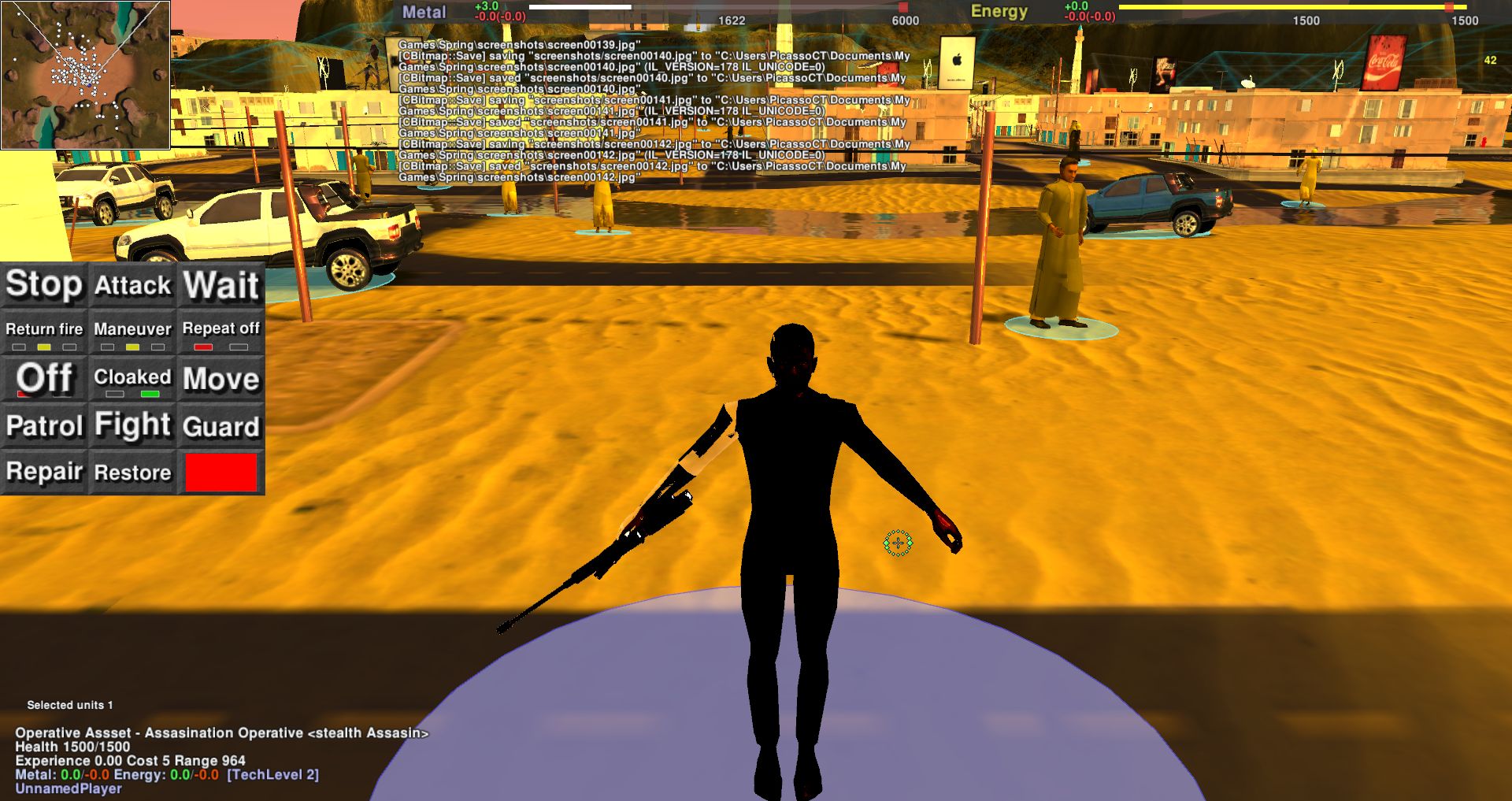 You want it darker
We kill the flame

Now.. im not threatening anyone.. this is a free internet.. a very searchable internet, where every fail comes back to hunt you even by association.

Let me transfer that in understandable concepts. If people google spring pbr implementation.. they are going to find us.. here.. shameless bitching for help..a suicide bomber of public fail..

This is what keeps great minds busy... the ants riding rodeo :D

Good news everyone. We have investigated.
The PBR is not working, but something else i drawing on top of springs default shaders - and thus we get it darker.
Also my game is full of bugs. Which is expected.
I added alot of stuff very fast.
1 x
Top
Post Reply
73 posts