You guys have probably noticed that I disabled uploads for the time being on FU, and since Castro didn't post the explanation like I asked him to, I'll go ahead and do it myself.

Before this post goes on any further, please keep in mind I'm just listing the facts of the matter. I'm not passing judgement on anyone, I'm just making what is going on known.

Long story short: FU won't be hosting Spring maps anymore. It wouldn't surprise me if everything else was moved off too, but we're only cutting off the maps.

Ever since Spring's release, its bandwidth usage has gone up without fail each month. Right now, the map link is using over 700 GB per month, half of our quota, on its own.

The devs have refused assitance to recoup the monetary losses. So, rather than setting something up that would simply partially offload some of the traffic, still leaving (an albeit smaller) black hole, Nexus, the guy paying the bills, has said to cut it off.

We've given them all of the pertinent data, and we are allowing some time to make some use of it and redirect things before pulling the plug. Betalord has said he has ample resources to handle it, so I assume that's where it will be going. This is why uploads are currently closed: so we don't have to resync it again later (believe me, that sql export was a pain).

Right now we're not looking at giving them our scripts; however, they are mostly Storm's work right now, and ultimately they are his to give out as he pleases. You can also give them other data if they request it, Storm.

Please see both sides of the problem here--sure, no one wants ads, and likewise nothing can really sustain itself in the long term by donations alone, which is why it is futile for Nexus to waste money on what is effectively a toilet for him. The donations received last month were just enough to pay that month's overage charges, and we can't realistically expect to receive that much--and progressively more--through donations. Just remember to read the first couple paragraphs of the GPL regarding freedom before commenting on this.

One final thing--please do not freak out and go download every map in fear of their entire loss. We do have backups ourselves just in case anything goes awry.
0 x
Top

Fair enough, a lot of the maps are available mirrored at iamacup and ta-spring.com/maps/

Umm, I will see about setting up a php script that people can create a new entry for maps that will auto forward to the download location.
0 x
Top

If only I lived in town and had a decent connection..

Well thanks for services rendered, and for not making this too hard.
These are just growing pains, which means our little community is getting bigger by the day, which we'll all benefit from in the end. Now we need only to assemble a ring of mirrors for all ze wonderful maps.
0 x
Top

Any way we can set up a p2p system for maps? That might be the most ergonomic solution. (all clients could have the option to act as a peer while they are online and not playing the game)

Edit: I also suggest a paypal or whatever donation system to keep the server costs for the main client at bay.
0 x
Top

Also keep in mind that with the new map format the LARGEST map that has been tested has only been 5 megs.

About 1/10th the size of the same map size using the current tile setup.

This should save on bandwidth immensly when the format is in full swing.
0 x
Top

To be honest, I think a Torrent system might be the best solution to go anyway. I'm not saying that we shouldn't have a high bandwith server supporting the downloads, but it would be a great help. It will also assure the independence of this open source project and make it relativly independant of server costs.

we already argued about torrenting the maps here
0 x
Top

Well, it was good while it lasted, but now it is time to move on. Good bye, file universe, you'll always have a place in our hearts. *sob*

And half a dozen different other places.

Anyway, thank nexus for hosting it as long as he did.
0 x
Top

it's a shame, but with so many maps being produced, and their trend of being X times larger than even the mods that people play on them, the bandwidth being used was ridiculous. It wasn't hurting our small population of dial-up users to have to download these beasts nearly as much as it hurt FU to host them.
That said, I'm looking forward to a p2p system being implemented, and to the new map format

Ya, thanks to nexus for hosting as long as he did, FU was a monumental part in spring's history, but they can't afford to keep up with spring's growth, and if spring needs hosting donations we need to have the ability to manage and maintain them ourselfs. We're not comfortably proxying finances through FU in the long term.
0 x
Top

Damn bandwidth nazi's, why do they have the charge for how much bandwidth users use, there must be a way around this...

This sucks, at least mods will be hosted?

Damn bandwidth nazi's, why do they have the charge for how much bandwidth users use, there must be a way around this...

This sucks, at least mods will be hosted?

We're gonna replace the FU hosting, and maps are still hosted, the uploads for maps are just disabled. When we have the replacement system finished we'll let you all know.
0 x
Top

Gnome, I pm Storm about the post I made here: http://taspring.clan-sy.com/phpbb/viewt ... 8&start=84
I will quote it here to:


Tim Blokdijk wrote:Storm, I'm trying to donate but I get an error when I click on the PayPal button @ FileUniverse.

First I thought PayPal was down, then I thought it might not like my Firefox on Ubuntu installation, downloaded and installed Opera but that did not fix the problem. I had to hunt down a Windows system with IE. 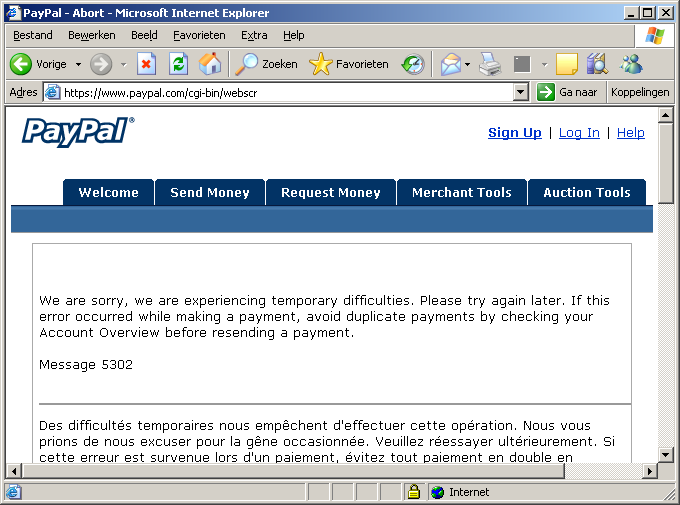 Could you take a look at it?

Without a working Paypal link nobody will donate.
Still I agree that Nexus can't keep losing money on FU.
0 x
Top

That's completely untrue. Ad-supported pages are being created at a phenomenonal rate, and are very lucrative when properly managed. The principle doesn't work when your 1 TB teenager won't go out and get a job by putting up some ads. The point is, if you're not even able to try to make money from it, then you're not going to have much success, are you?
0 x
Top

Google ads kinda work well, this could help FU. However, the major load is from the map tool the lobby offers, and there's no way we can implement enough ads there.
0 x
Top

Thanks for the great hosting FU :D
0 x
Top

Yeah, since users still have to go through the site (and any ads we may put up) to get them. Like I said though, I wouldn't be surprised by a total schism.
0 x
Top
Locked
38 posts