knorke wrote:bitch please, if i need a tank i would rather get one of those like srsly now.
---
wolf, nice mech.
just curious, would 5000 tris work in spring?

Thanks. It would work, but probably not advisable as its done for 3rd person/1st person spec game.

Models don't need to be high poly to look good, its all down to how good the texture is. You can have a 10k poly model, but if the texture is crap, no amount of polies is gonna save it.
I just went 5k because the limit for this project was 8k tris.

PS Mr.D is correct and you should listen to his advice.

Yes, you should optimise as best you can, but some things are just going to require more tris than you'd like to look right - c.f. S44's Katyusha model, or the newer sherman models.

Spring is not TA. We don't need to limit ourselves to 50 quads (100 tris) anymore. Show me a single Spring game which is GPU bound.

by Wombat
show me single rts game that got 4k poly model. (*A scale welcomed)

Im usually not a ship fan, just because everyone new seems to go for the big ships, but this one is nice. I can haz texture?

Haha yeah, this is the light cruiser from the first race.

Sadly I do not share my work right now, my game has not been released yet.

I will think about it when i released a beta, stay tuned for the comeback of The Coldest Winter!

A single 4k tri (tri != poly but I guess that is what you meant) model?

Most models in that range? Men of War series, yes they are LODed. but even the far lods of some units will be in that range.

4k is really not all that much.

by Wombat
well, i could argue if there are really that much units on the battlefield in MoW. also system requirements tells everything. supcom is extremely kitbashed but still got one of the highest system requirements out of all rts. im personaly fan of blizzard models, not these overkilled units with many 3d details that are not visible anyway.

Many rts games use low detail stuff. Sure.

still doesn't mean that they could not do the 1-4k detail level. It is MUCH CHEAPER to make a game with low poly stuff. It is just generally time saving. With more polies comes more responsibility and you do need to do extra work to optimize and uvmap all those little details. This is why most rts games use low poly shit. It is a matter of paying an artist as little as possible to produce just enough to pass for what it needs to.

by MElvinVM
supreme commander has nice details for such a large scale RTS.

by MElvinVM
I think supreme commander did good at its game design.

The challenge in a RTS is making it look good for the one who sees it, while not being insanely heavy, which is a bad thing in supcom's expansion FA, although it really looks good.

by rattle
game design isn't the visuals... to be honest I find most of the SupCom models rather mediocre in nature and the textures look like amateur work to me

by Hoi
Supcom's art style was designed to be quick and cheap. Many blocky shapes with blocky details and some of those team colored metal, some of those steelish metal, and cool sfx to finish it off. 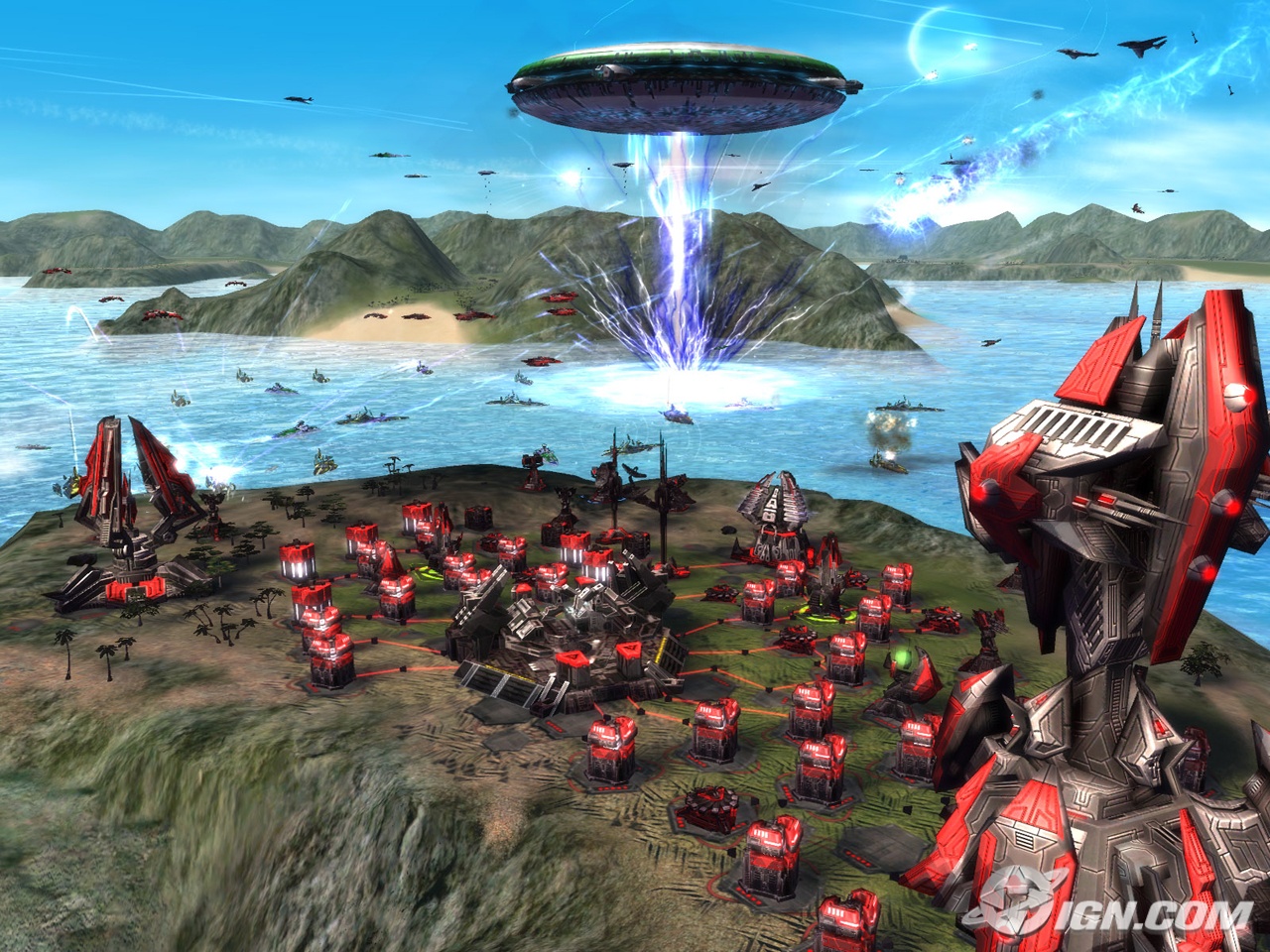 by rattle
I do not mean the artistic style... the 3D models are kinda boring. Nothing you haven't seen in other games (excluding TA). Then turn off the shaders and shit looks dead ugly. I've seen people on this board who've done better skinjobs.

Hoi wrote:Supcom's art style was designed to be quick and cheap. Many blocky shapes with blocky details and some of those team colored metal, some of those steelish metal, and cool sfx to finish it off.


*looks around panicked for smoth* Been working on a remodel for CT's T1 "rocket plane". Been playing with a few different ideas, eventually settled into a crazy jet biplane direction, while trying to retain some of its A-10 warthog similarities.

NOTE: I am not an aeronautics engineer. I am aware this would probably never get off the ground in real-life. Just going for something cool/interesting/unique, or a combination of those.

by manolo_
to much polys fpr the turbines or?

by Guessmyname
The inner cylinder could work with less segments and the fans would be better as an alpha masked plane, but otherwise I kinda like the chubby retro look!

I'd also advise either collapsing the nose poly or by cutting down the verts in your cylinders where they get smaller (if you've used a a side-count divisible by two this will be easy; just delete every other vert, ie so a 12 sided cylinder cuts down to a 6 sided with this trick). There... was a page with a tutorial going through this in probably clearer detail on the polycount wiki but I can't find the bloody thing