by FireStorm_
Don't have your skill level but i wouldn't think it a fist attempt. Looks fantastic.
But ingame? Doesn't seem likely to me, if its spring. Are you really planing on making a movie? to go with your game perhaps?

by scifi
We cant see the polys, but if its optimised, a model can look just like that ingame, you can have that smothed areas, easily by adjusting the hardness and smothed levels in wings(thanks Masse for teching me that

Not saying that that specific model is good ingame, just saying if the wireframe is well done, it can be ingame for sure, and it can look like a high polyer model. 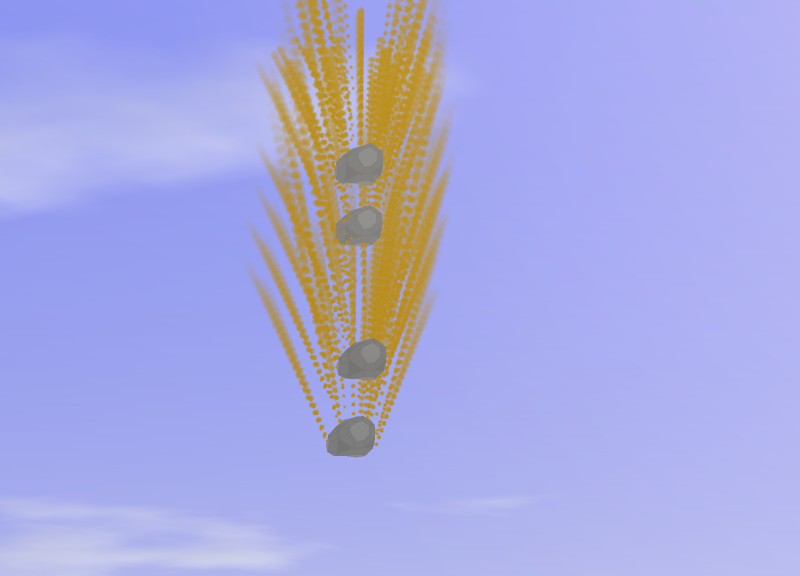 by aGorm
Just to clarify for those that don't realise, thats my WIP High poly for rendered cinematics version of this: http://www.youtube.com/watch?v=VnPFReHoaps

So yes, that specific model wont be in game as it has much to high a polly count (even my unsmothed version is to many), but I allready have a low polly version as seen in the vid.

by PicassoCT
Size it up, make it a overexpensive hero-unit, consuming energy just to substain.

perhaps ct plans to introduce a new resource, to feed the troops.

Thats right... Megabears the Movie... My first atempt at a high polly bear.

jawsome.. is it just for fun or are you going to bake it to a low poly?

its for the Mod KKnD: Doufire . wich i work alone on it...

The Model needs to be polished abit.

by FireStorm_
I'd say your model needs a lot of work.

Its hard to give some feedback on a model in this early stage, though.

From the first look, I'd say you haven't spend enough time UV-mapping or learning how. I think most important thing about a uv-map is comprehension. If you can easily see where surfaces from the uv-map are represented on your model, it becomes easier to draw or put a good looking texture on it.
I might be totally wrong on this, but my advise: Make a uv-map that you yourself clearly understand.

If you want more advise i think you have to tell some more about your plans and ideas for your model (I had to get from the file-name in the picture that it is a barracks. If i had missed that, i could easily have though it a tank-factory).

Also KKnD is essentially some one else's idea. You have to be careful about that too. Be sure you're allowed to use it and be clear of your intentions with your own creations.

by Karl
The whole faces are uv-mapped I am using the lazy method I think this should work or?

And on uv-mapping I am using the projection and unfolding.

Yeah it is supposed to be a Barrack for the Survivors faction
where mens gets kicked out for being lazy ass giving the capitian an Coffe .

i am playing to make a mix of the First and the Second KKnD
but mainly about the First because it is way better imo
and something else, yes it will have some fun stuff in it

If this one is done i will make a Cigarrete Fabric wich makes cigarretes to keep the infantrys walkin' .

by FireStorm_
It sound like a very ambitious project to do by yourself. If i was you i would inform myself about the challenges mod/game making involves.
for instance:
http://springrts.com/phpbb/viewtopic.php?t=6015
http://springrts.com/wiki/The_Complete_ ... pring_Game

by Karl
I know but i could atleast try to make a 100% Own unit in-game!
with alot of help from Lord_Muffe

modelling is simple , uv-mapping to with Projection detection
i just dont know how to proper texture stuff

by Wombat
sweet stuff. what makes this bot 'unload' resources so far away from lab, hit boxes ?

by knorke
the miner has to enter the white circle to unload.
for this depot it is maybe set a bit bigger than needed.
Though hitboxes are a problem: 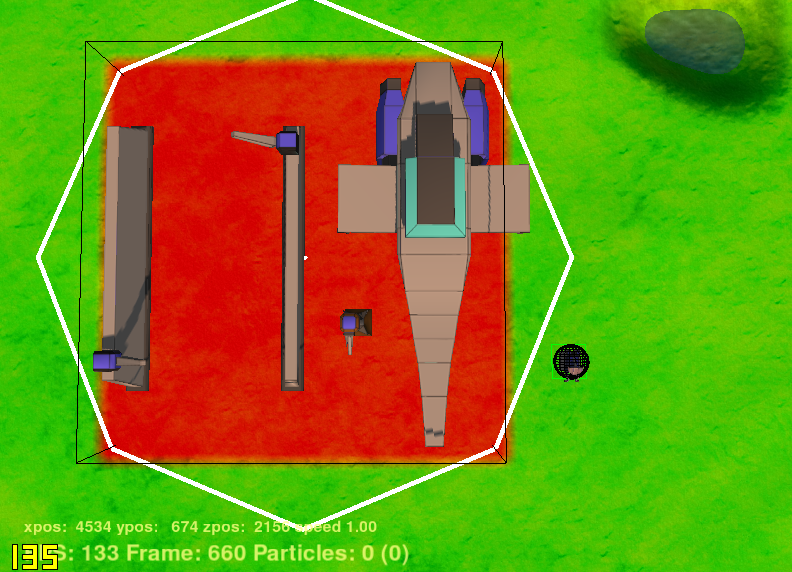 The white shape should probally not be a simple circle (its a circle even though its drawn as an octagon) but instead follow the shape of the hitbox, ie square, rectangle etc...
It kind works out anyway because spring just sends the miners to the sides where they can unload. (bigger problem is miners getting stuck in rocks, hooray for pathing)

All I heard was PNG!

by FireStorm_
Cool!
Question if you don't mind, just curious:
Does the miner currently use the centre of its depo to head towards it?
Or can the the drop-off shape become more specific; for instance could a strip along the south side of the terrain occupied by the ship/building, be the drop off zone?

everyone starts somewhere, it looks a lot nicer than the second model i ever made ^^

good for a second effort. as you point out, its not got the most amazing texture, but i like the shape of the building and i think it could end up looking very nice.

try posting a picture of your uv-coordinates and your texture, maybe we can give you some pointers

also behe made a very nice tutorial on texturing in fireworks, maybe have a peek at that too... makes everything nice and simple

edit: and ofc nice work knorke :) i especially like the growing triangle ore indicator
All times are UTC+02:00
Page 334 of 418