Smoth..you know that your stuff is screaming to be turned into a randomized robotic chicken addon? And what horror that would be to not up to date mods?


Future Players wrote:..why are the robot-opponents units so much better looking then the units i get ..

Its all about forcing it down the other mods throats..

Oh, shit i gonna get it too

What it will actually be used for:

Why? did you read the last page of posts before this?
0 x
Top I wrote this like 2 weeks ago, does a check if cheats are enabled, if so allows you to place whatever unit exists in the game.
0 x
Top

I wrote this like 2 weeks ago, does a check if cheats are enabled, if so allows you to place whatever unit exists in the game.

Neat, will you make this availble for other games too?
0 x
Top

here you go
when in doubt grab my repo. Tons of stuff there.

Feel free to give or not give credit. If you have an issues, let me know and I will try and fix them.

If you don't like that code, sorry, this was a bit of a rush job because I needed it to look through bar's units to give feedback to Behe.
0 x
Top

That thing saved me lots of typing, thanks alot.
Dont mind if i edit it a bit maybe right?
0 x
Top

No problem. I'll be interested in seeing what you change.
0 x
Top

a while back you guys were asking what I thought was proper wear and tear for a 70+foot tall machine:
http://www.evanburrill.com/tallgeese.html

this. Take particular note of the level of wear and the size of the area on the hands where paint was scraped off. If I could do all my units in 2048 this right here.
0 x
Top Because spring aircraft piss me off. Added a new test unit for the lovely lawn dart like behavior units for some reason display
0 x
Top

Tis' the season for medical exams and grownup stuff.

well for the most part I have not had the time to work on either my primary project or spring related anything. Been doing a lot of IRL stuff so I have not really been at my computer but for a few passing moments during the day and then back to elsewhere.

Having random rotation and jitter tied to spread was stupid. ANYTHING should be able to jitter or rotate. So I am going to allow even single units to have jitter/rotation, not just groups. I am going to make the cluster size something that can vary as well instead of always 9 of them. Probably start at 3 or 9 but I might make it different altogether. It isn't THAT much work.

IN FACT, I may just remove the stuff from the command bar altogether and plant them in the gui. At the time featureplacer was created such things were more complicated to do.

Jitter, rotation and spread will no longer be tied together. I will add a new one for Cluster Size. May remove them from the build command bar and just make them part of the gui. This would no longer make them commands. IAMOKWITHTHIS.JPG.

I still need to do my save features to file thing so that you no longer have to toggle the file saving widget.

None of this is very fancy just been really tied up so I could not work on it.
0 x
Top

33 pages and still no pictures of smoth's junk. I can't get jiggy to this shit.
0 x
Top 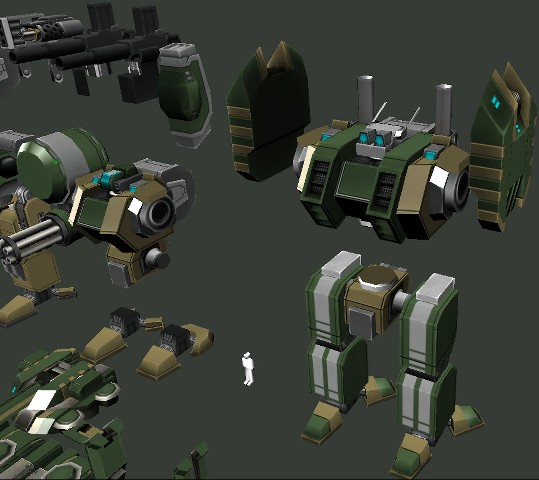 So I have to go to bed, early morning flight and all but I was playing around with the idea of this guy...... Looks like a game ending unit. The older version of the head of the big guy was cool imo.
0 x
Top

probably going to be a mid game heavy. end game would be for this faction much larger.
0 x
Top 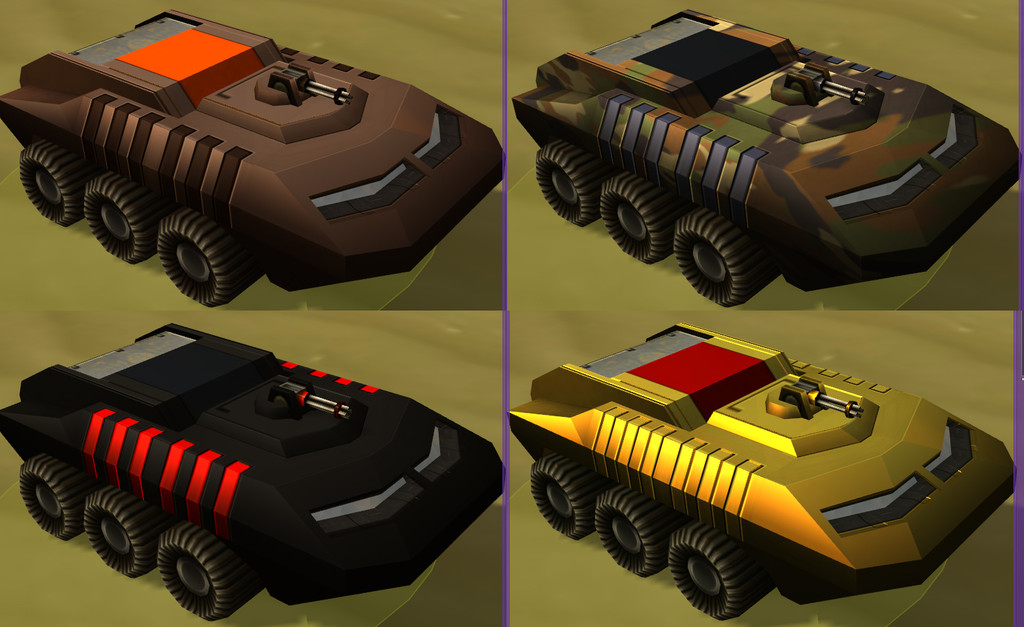 should be noted that this unit is something like 800+ tris. Because atlasing requires me to break the model up for better texture usage.
0 x
Top
Post Reply
728 posts