A fusion of NOiZE's and Beherith's efforts of remaking the classic Comet Catcher, resulting in the best of both worlds. Gameplay unchanged from original CCR.

Also includes startboxes and some atmospheric and lighting tweaks. If i would make some "Gaia-Units" of Asteroids, slowly tumbling over the map 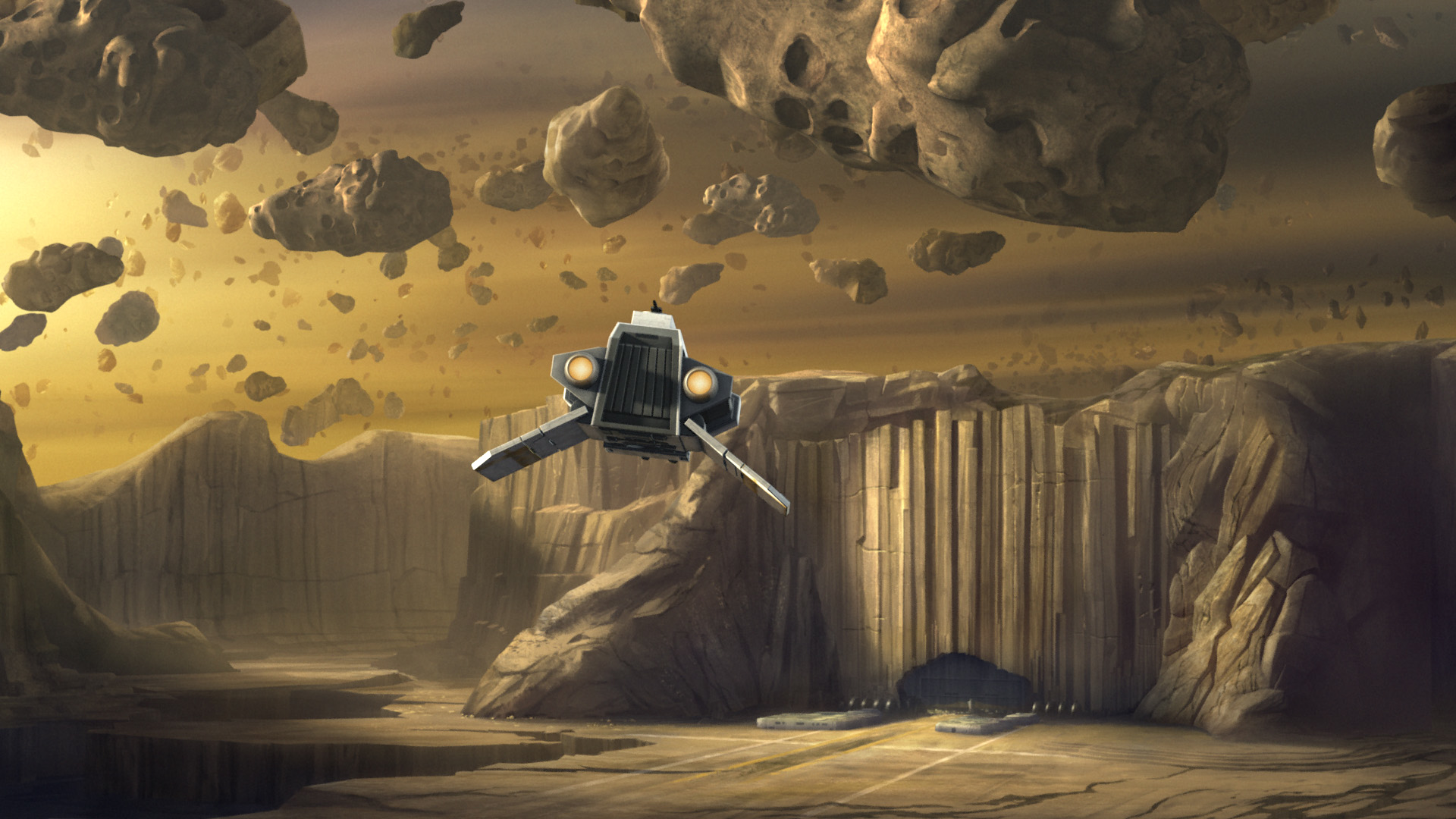 Not really for this map. People have been very conservative about accepting CCR remakes in the past, especially Zero-K community. I'm not looking to do anything to crazy or new, just a few touch ups to improve the base terrain look and get rid of the fake craters.

I would rather do a new asteroid-style map for any graphics experiments, something with terrain more like TMA-0, but with better playability. I've done up a proof of concept in World Machine to take any heightmap and add Onyx Cauldron like giant mountains, or with minor changes large downward cliff walls.
Top

Would a contribution to this new map be welcome?
Top

Nice! Thanks for the update

CCRv2 was ugly. It basically looks like CCR suffered from long-term industrial pollution. The fake-crater mex spots were also ugly and misleading.

CCRv3 isn't necessarily ugly but it's dark and not much improvement over original CCR.

The reason TMA doesn't get played in ZK is cause it's freaking huge.

The reason AstroTurf doesn't get played in ZK is cause the North/South craters are huge and give the map really awkward pathing.

I think a TMA/AstroTurf type remake of CCR would be entirely welcome though, as long as it preserved the mex layout, playable area, and general veh pathability of the original. It's also been pointed out that CCR is really a moon rather than an asteroid, so the "spherical" edges with voidground are probably unnecessary/undesirable, and also the colors should be more moon-like than asteroid-like, ie lighter and greyer. You could even use real terrain-based microcraters to highlight the mex spots, as long as they don't affect pathing (and the microcraters on AstroTurf don't seem to).
Top 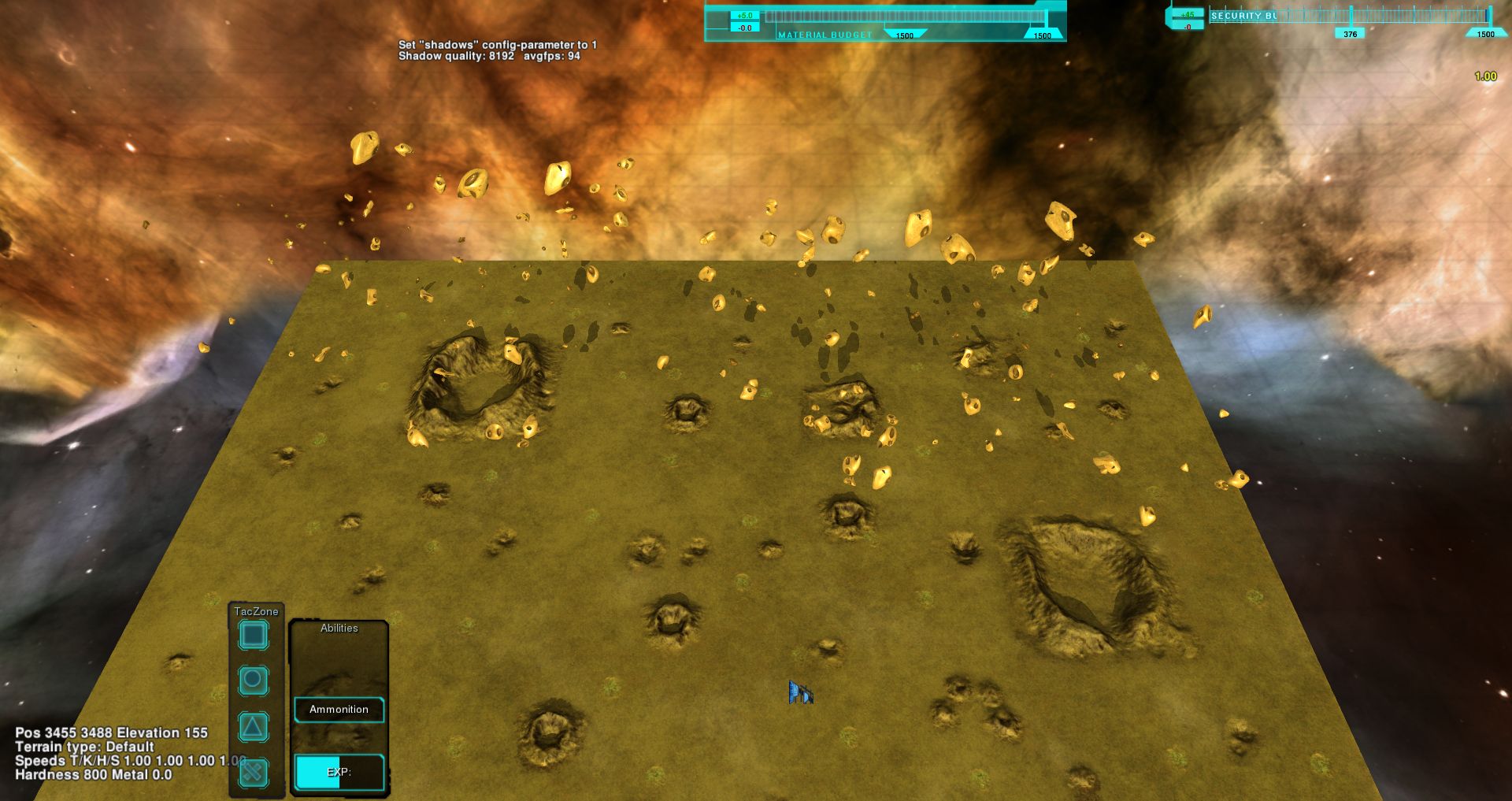 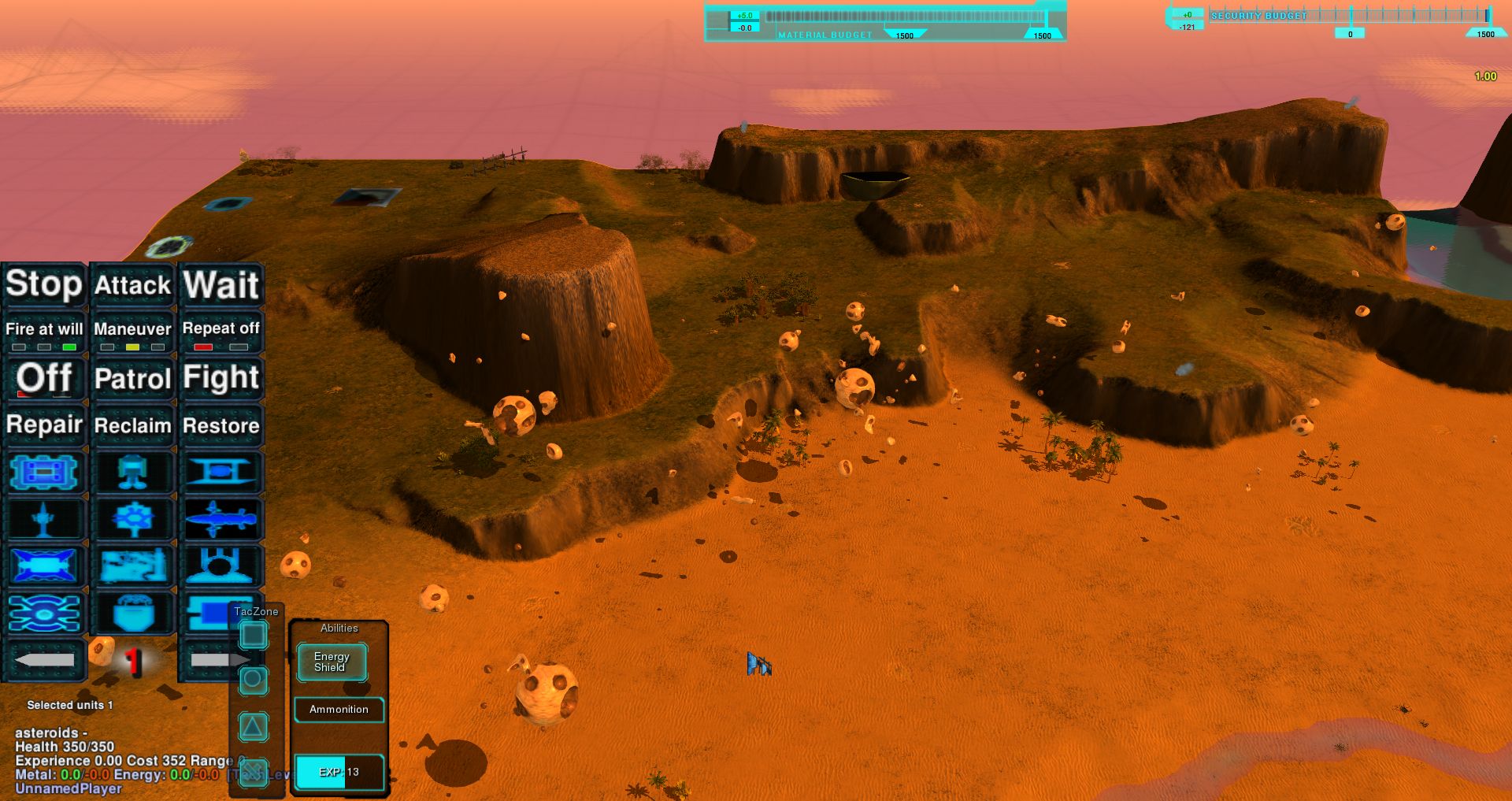 Currently they are gaia units

Nice work Picasso. This is something I've wanted to see in Spring for a long time.

Is it possible to have them as features instead?
To give you more ideas, check out https://youtu.be/-PfkVeI7AiA?t=661 , in particular the planet and asteroids in the background.

Both are possible..
I imagine more crystallized asteroids I dont know wether features can have scripts by now?
What sort of background/foreground objects does everyone wish for?
Top

I don't think they can (and aren't supposed to?), but do you really need them? You can just rotate/move with a gadget, can't you?
Top

Wish we had a feature/unit hybrid- with controllable global visibility, no pathing, no weapons and no collission. 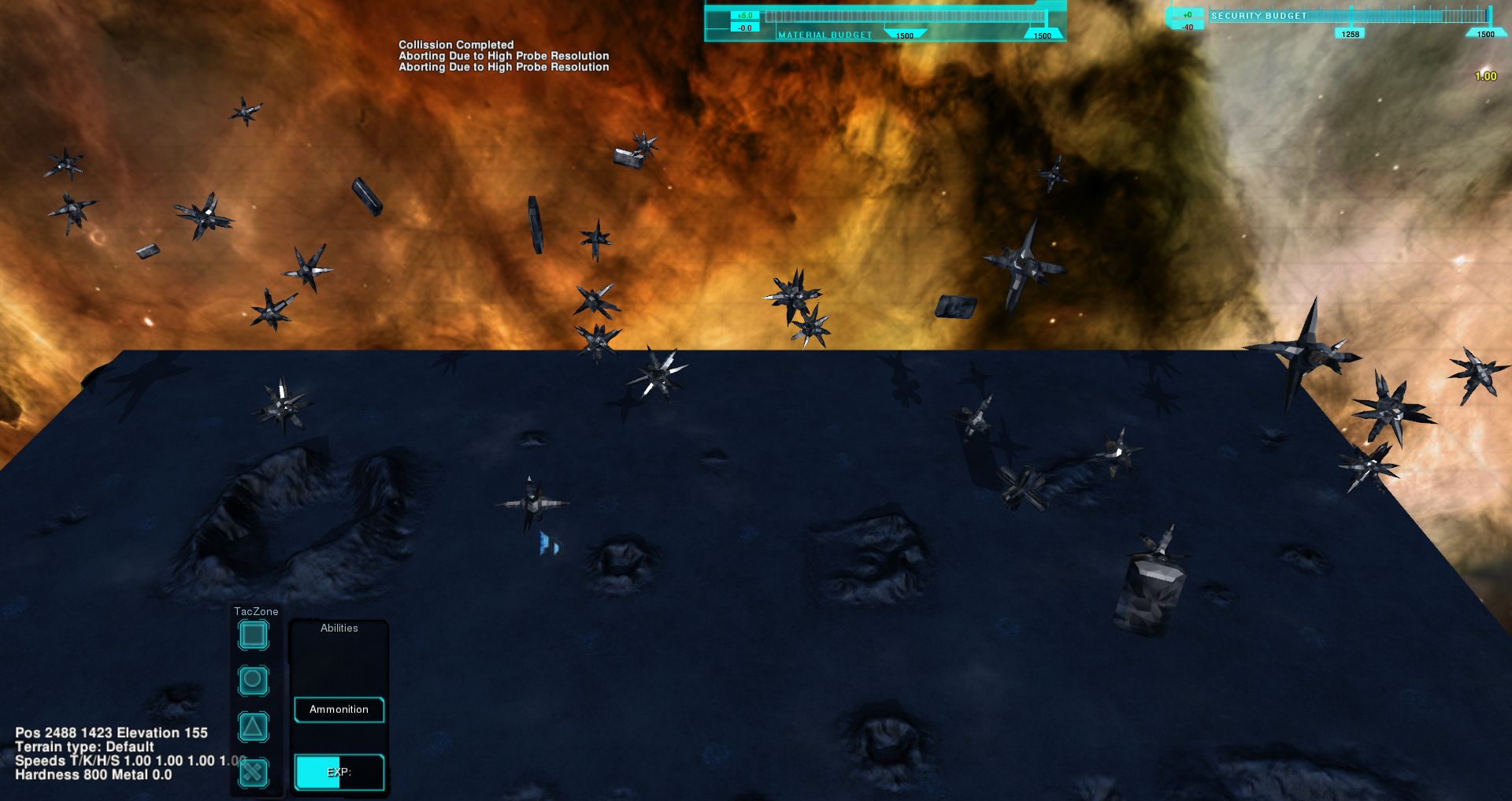 Dear Diary, sometimes i wake up in the middle off the night- i can still feel my leg.
It hurts, and i feel the pain again- the pain of beeing wounded, crippled- by my most mortal enemy- the Alpha-channel. 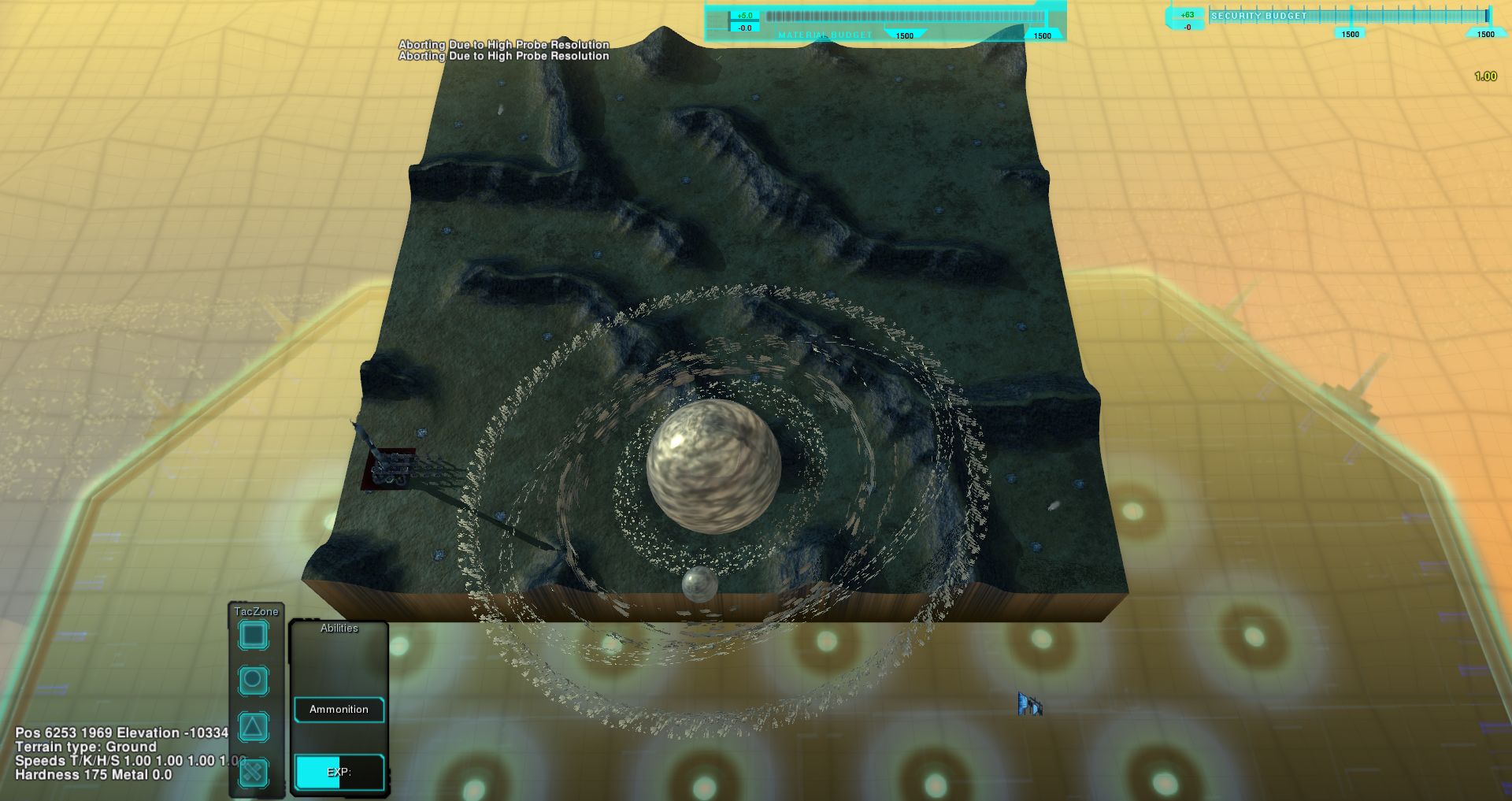 Are those bits of nougat and sugar floating across that moon? I like the gum ball in the last photo
Top

It always bothered me that there were no `proper` space games that did away with terrain entirely and used features and stuff ( aside from perhaps THIS ), but those look like you could make plenty of maps using just those 3 items and a resource feature/unit of some kind
Top
Post Reply
16 posts • Page 1 of 1