SPHERE is attempting a drop on the AVEN base while a magnetar distracts its defenses... 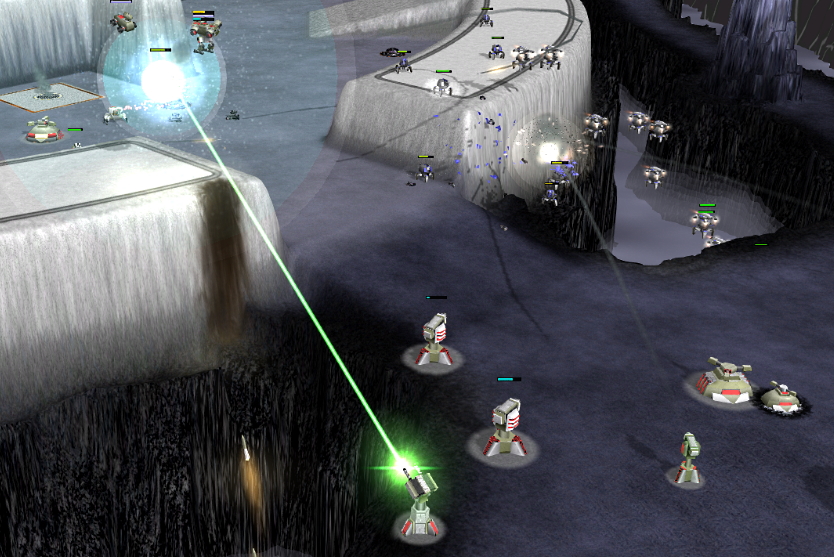 - changed air transportability classes from light/heavy to light/medium/heavy, with mass thresholds changed from 1200/3000 to 600/1350/3000
- added cheap light air transport for all factions

- fixing the secondary wreckage spawning condition for a lot of units
- only mines, grenado, exploder and commanders can now self-destruct themselves

- more likely to reposition commander and other mobile builders to find a suitable spot to build stuff instead of getting stuck on patrol
- avoid building the construction tower underwater if using a land-based strategy
- modified strategies to build more factories, builders and build construction towers in pairs on later stages
- more likely to mobilize the army to engage when its core base is under attack
- miscellaneous tuning of AI strategies, build placement and other decision making improvements
- reduced "Brutal" mode's "cheat" income growth from +1m/+10m per min to +0.6m/+6e

- added effects when units and features are built or being reclaimed

- improved a performance issue related to aircraft thruster effects
(most significant when the game is sped-up, like on replays, catching up after disconnect, etc.)

- removed minimap resize/move/maximize buttons, improved auto-scaling and slightly increased its size
(the maximize button could trap the user on maximized minimap view with no easy way to revert)

- fixed lua error for classic mode AI when it tries to figure out which hydrobot to build, in some situations

- show wind and tidal strength information next to the energy bar 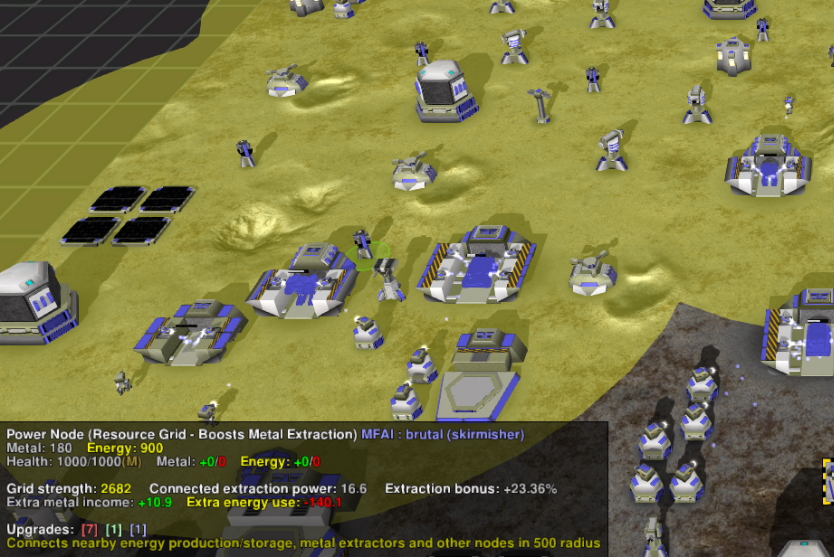 - Building a L2 metal extractor triggers an automatic reclaim of nearby allied L1 metal extractors, if any
(for easier management and to avoid efficiency issues with the power grid)

- added "Power Node" units for each faction, available from level 1 and can be used to set up a power grid which boosts metal extractor output

- dash effects will no longer play on static units that were selected together with mobile ones when dash was activated
- build separation is automatically set to slightly lower than node connection radius when building power nodes, then reverted
- when building or selecting a power node, an overlay is shown with the relevant grid areas
- added game speed indicator (visible when != 1 or below user setting)
- upgrade centers and scout pads are automatically set to high priority when built