If possible post the infolog(after a crash) and/or screenshots.

Also helpfull are recipes to trigger the bug. I will not post in this board. Its easy to take the "Oh, but im brilliant visionary Artist Asshole" Attitude and defend shit happening until nobody wants to report anything anymoar.

So if you dislike something, be it comfortwise, or because you found it boooooring or tiresome. Feel free. Actually im beg you. Valve has people playing there games, and takes note of every little thing that annoys them. Obviously i cant do that (although ive you have a webcam..

)
Also post balance suggestions. Wont garant for anything, but one, you shall be heard undisturbed.

by abma
uploaded file isn't detected by spring, because its compressed solid. please make it non-solid to make it work with spring... (this is why it isn't uploaded to mirrors...)

fixxed, will take care to avoid such showstoppers in the future. My Excuses to everyone who downloaded the none working version.

by PicassoCT
known bugs:
-animatrix going backwards: The little computerpeople on the operaTransport, the builux, the mbuilux and in the SkyScraper Bait sometimes go backwards. --fixed

-blackguard-mtw builds more soldiers then it should have stored internally

- conTrain: gets stuck in turnMode after having two comandos issued which demand it to turn. Also the attack button doesent work.

by abma
since a few hours rapid throws this error when trying to update the svn repo:

by PicassoCT
I reverted it and im currently reuploading.. sorry forgot that rapid is hooked on the thing..
The repository got to big 4Gigs..

by abma
hmm, can i suggest when you shrink your repo that you use git instead, too? :)

(git has some advances at server side: smaller repo, updates are faster, configuring it for rapid is A LOT easier)

which as friend of many small binary blobs that add up make my repo a non-git one :)

by PicassoCT
SVN Repo should be stable again...

by abma
no, didn't fix it, still the same error:

i'm not sure if you can fix it at your side. i guess the rapid repo has to be deleted and recreated... this is why it would be nice if it would be git (as its really much fewer work for me or det).

by PicassoCT
Im sorry, but my repository allready has 1.2 gig

I m allready on extended quota on googlecode- i cant change without going comercial on git.

It might be rather spartanic, but im the only comitter to jw, so the whole comfort thing goes out of the window.

by abma
use github or gitorious.org or bitbucket?!

also a git repo is a lot smaller than a svn repo!

hmm, but seems github has file/repo limits, too. bitbucket seems to have no limit.

by PicassoCT
seems my various versions never made it to rapid anyway, even in the old days..

what if i make a release repo on github, were i publish only a release version?

PicassoCT wrote:what if i make a release repo on github, were i publish only a release version?

this doesn't make sense imo as its just more work for you when you use several repos. if you use git every commit is made a rapid package, so it can be easily tested and changes are a lot smaller than just making stable releases.

by PicassoCT
New and Wriggling:

SSMF breaking bug: Something is breaking the map-shadders making the map look darker and non-spectacular :)
--> It was the orbital mechanics.. i didnt get that - as i have shadows deactivated

UnitBugs/Flaws:
RaceDarts are not killed by there Counter Parts.
Eliah is not working Reliable when it comes to laserz
[Fixed]SunGodCattle doesent calve RaceDarts as expected..
MTW ShrapnellGrenades let the sunshine in where the sun shouldn t shine
Shields are not working as expected

PicassoCT wrote:what if i make a release repo on github, were i publish only a release version?

this doesn't make sense imo as its just more work for you when you use several repos. if you use git every commit is made a rapid package, so it can be easily tested and changes are a lot smaller than just making stable releases.

Responding to an old post, but:
It's perfectly OK to only publish release versions if you are the only dev on your project. I'm doing that, but mostly because rapid used to have (probably still does?) issues with submodules.

Problem with the customized gadget calls not beeing used aka spring falling back to base-content. How to circumvent?

by Silentwings
That looks more like a bug in your/basecontents gadgethandler to me.

Eh, thanks hokko. Will get the testbuild. 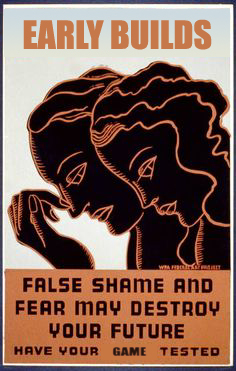 Works now. Only Problem is those new unitIcon Placeholders. And spring x64 build refused to run. 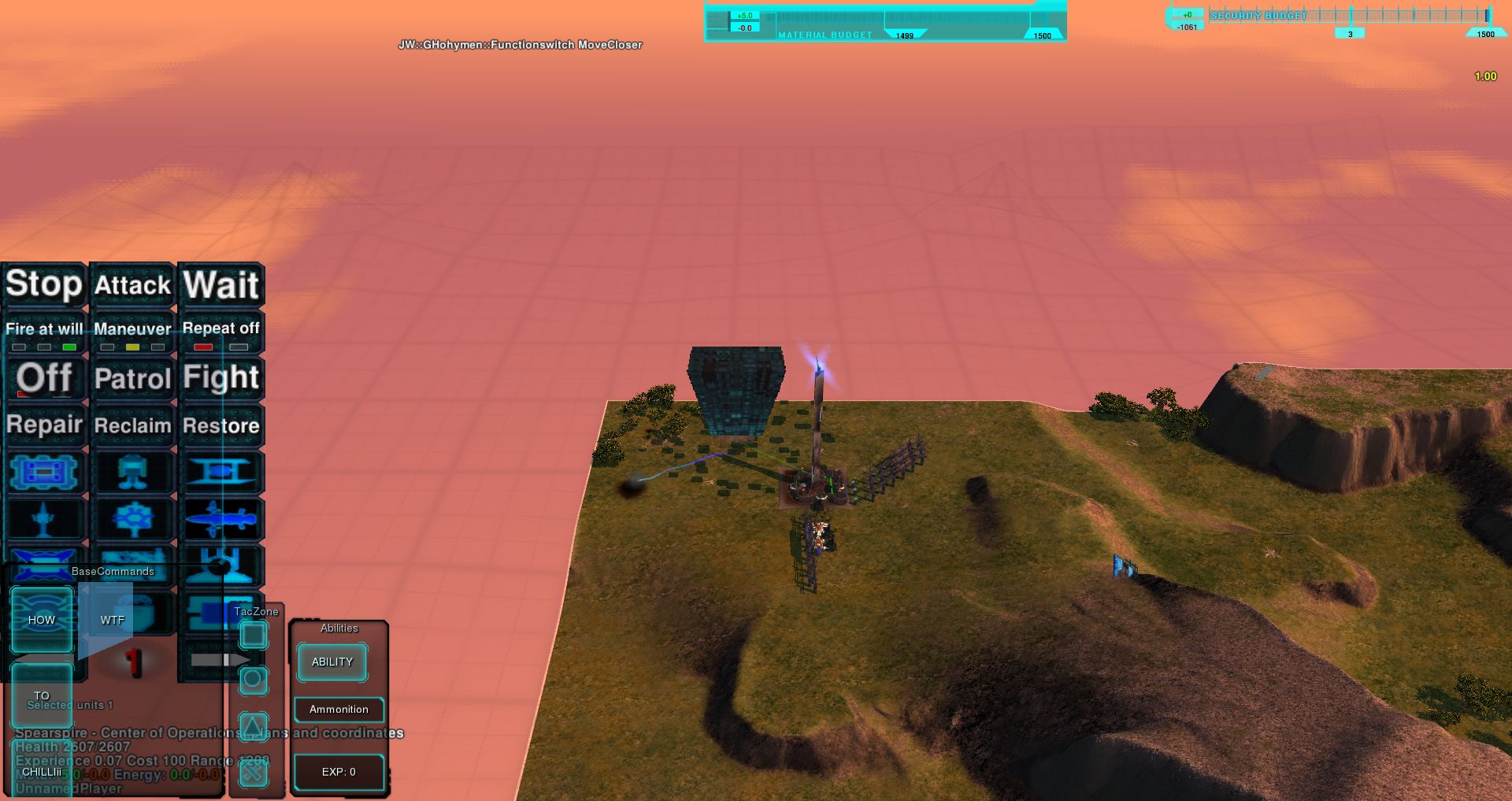 by PicassoCT
Lots of Troubles on the Journeyman side:
Eliah not strong enough
Tiglil and Skinfantry cant procreate without water- thus Skinfantry should be able to procreate on land at a price
Anthill artillery is shooting shitty (change from rocket to artillery)
units still get build in a strange rotation offset 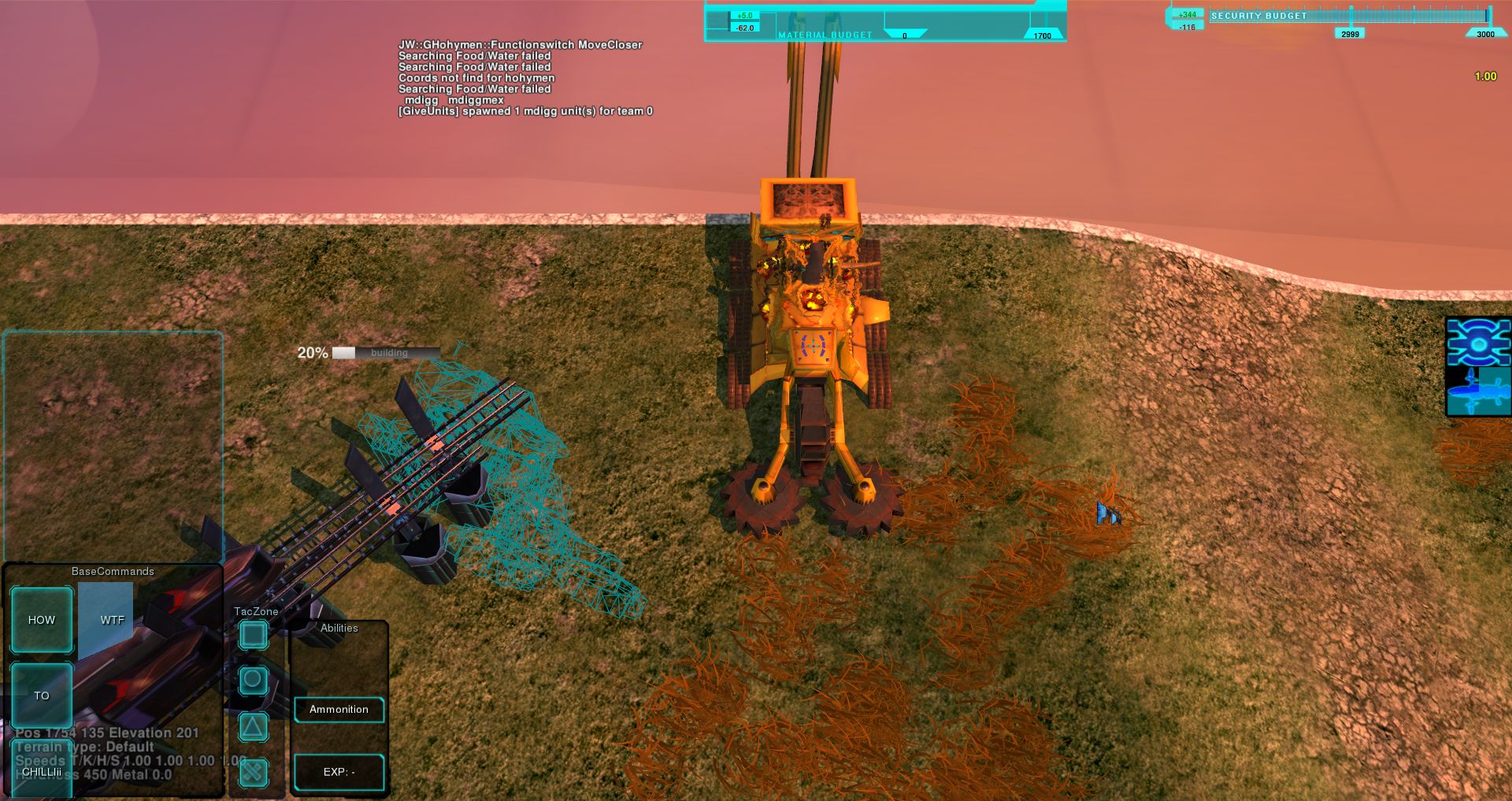 Eggstack does not start building..
The spores do not kill fast enough..
The Dragongrass does not make addicts at all..

The new menue is not working yet, but blocking the view on the old working menue
All times are UTC+01:00
Page 1 of 2