Its one of the first units i started- and its one of the huggest buggers of all time.
I created it, originally as a expanding sphere of enforced peace and found it no fun.
So i kicked it.

Then i recreated it, as a unit that represents a meta poker game with units in its influence sphere.
And as all the luck in a competitive game, it sucked.
So i kicked it.

Now its back, this time as a experience redistributing unit, where the distribution direction depends upon, weather it was fired upon.
Please dont suck again 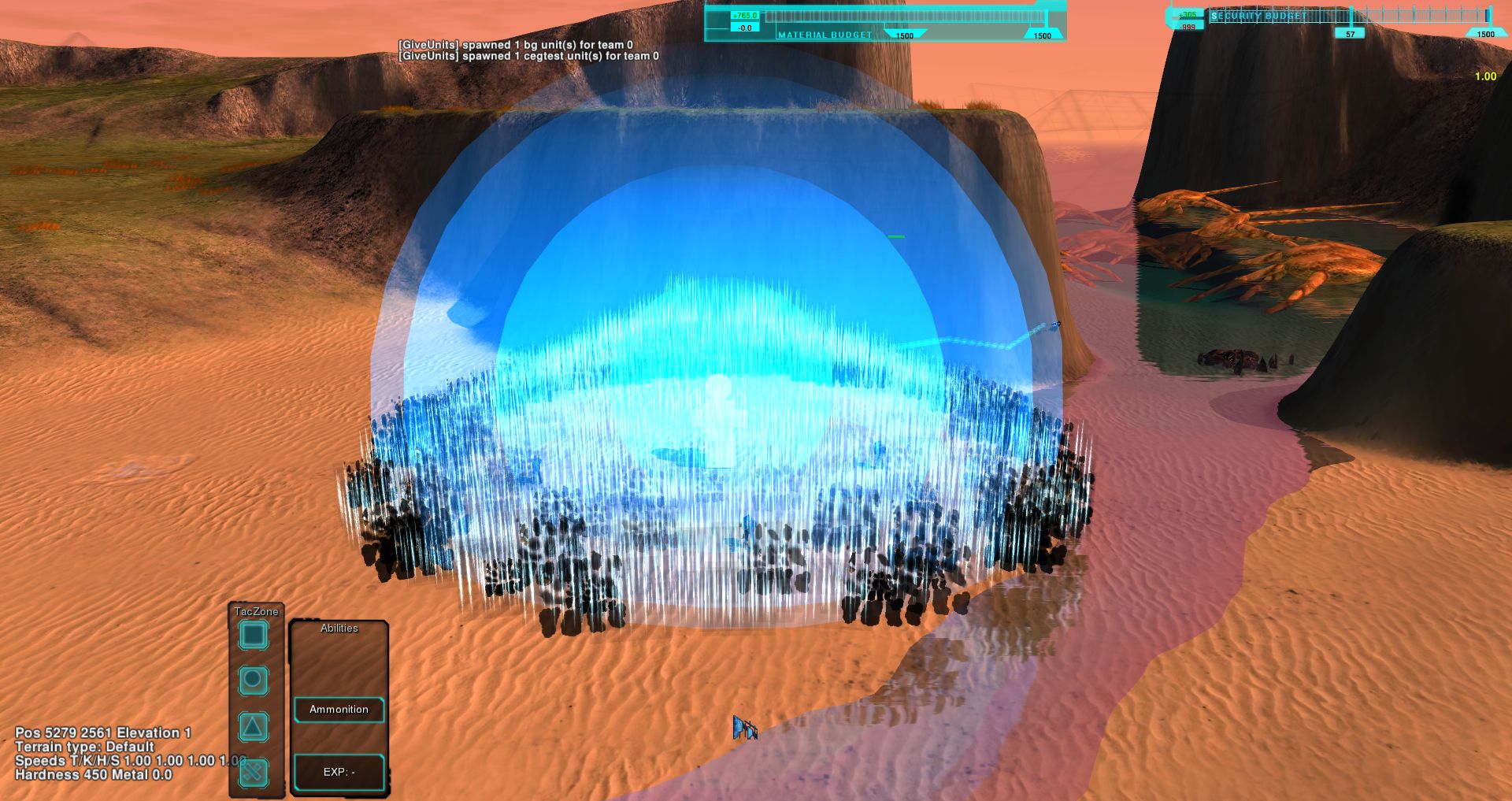 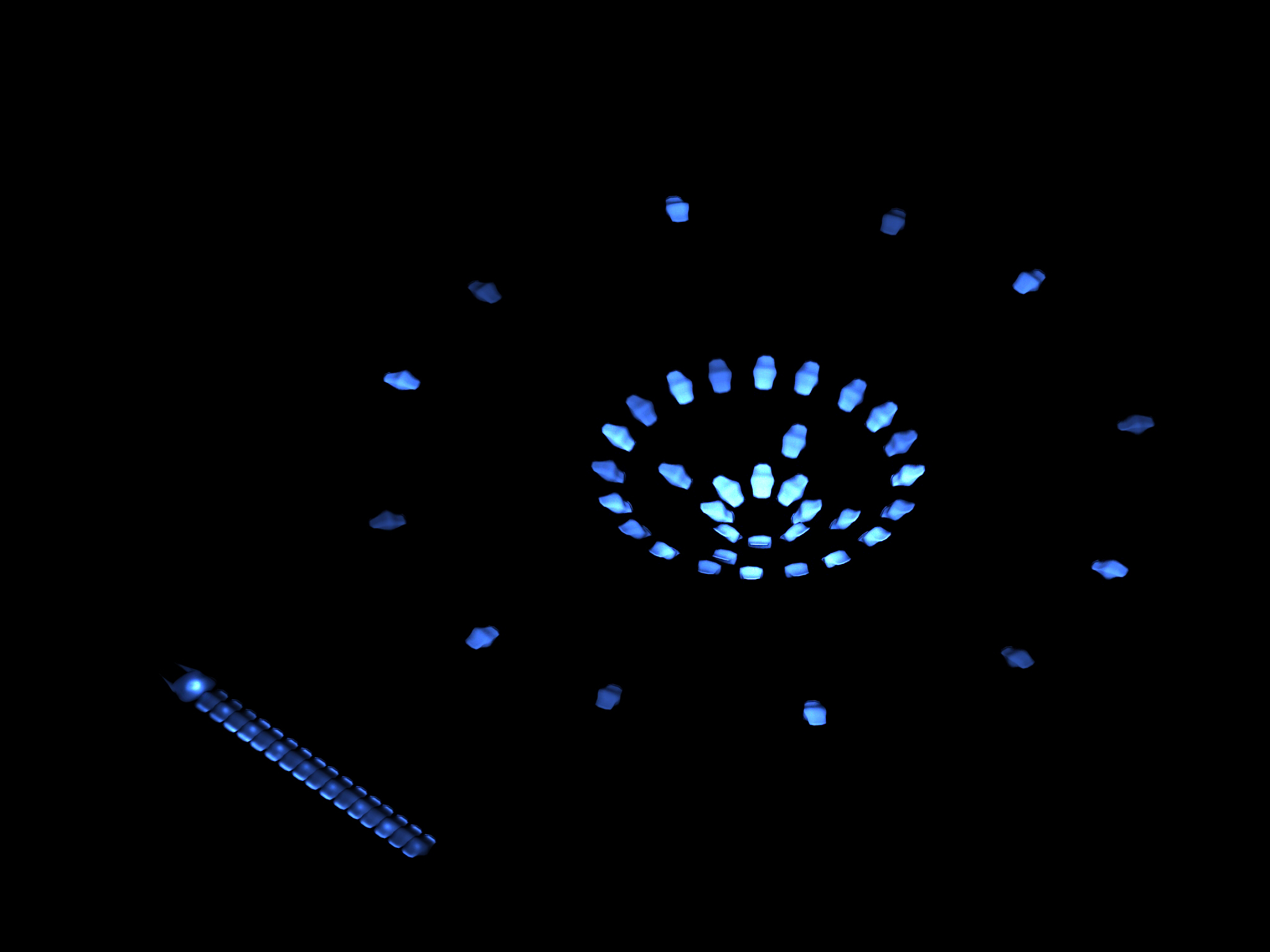 Adding the sunship, i realized, that the terraindeformations are not showing correctly- even though the unit has a far enough line of sight and is flying.
The Decals can not selfiluminate

Apply this shader to the units surface after ignition
https://www.shadertoy.com/view/XlSSzK

Get the model ingame 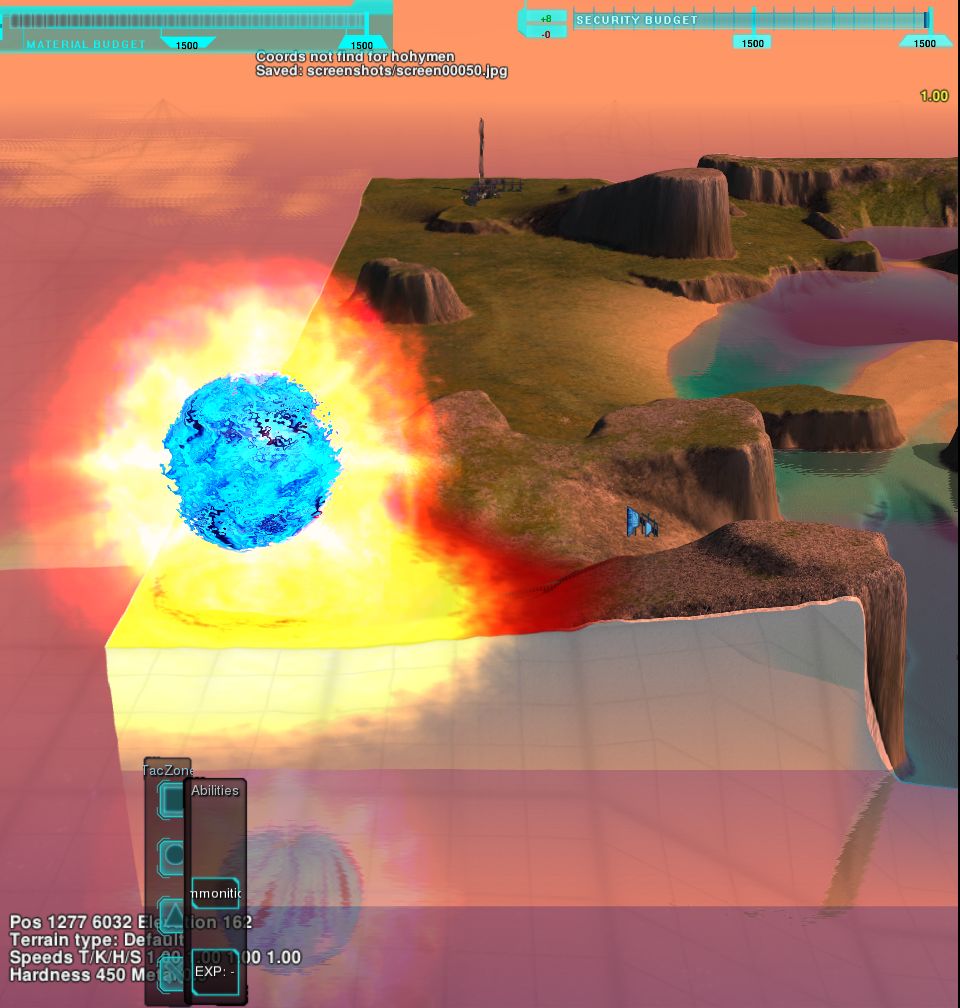 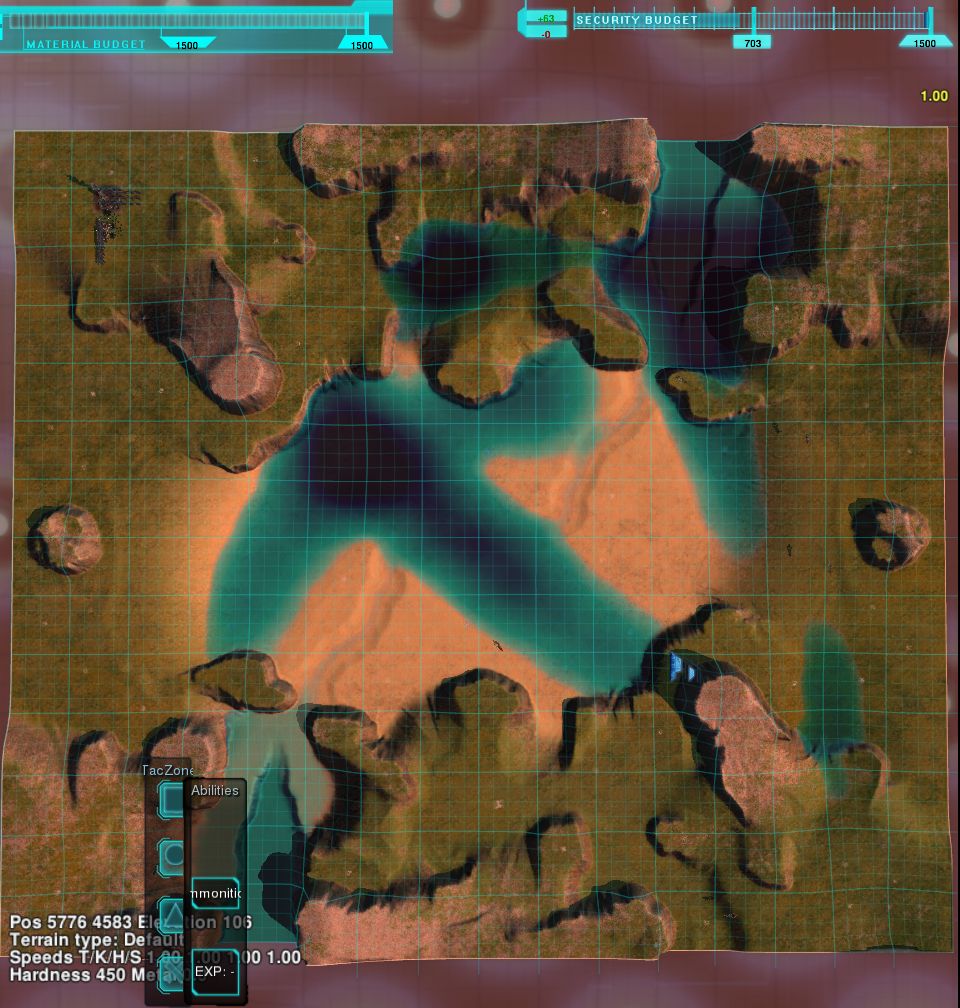 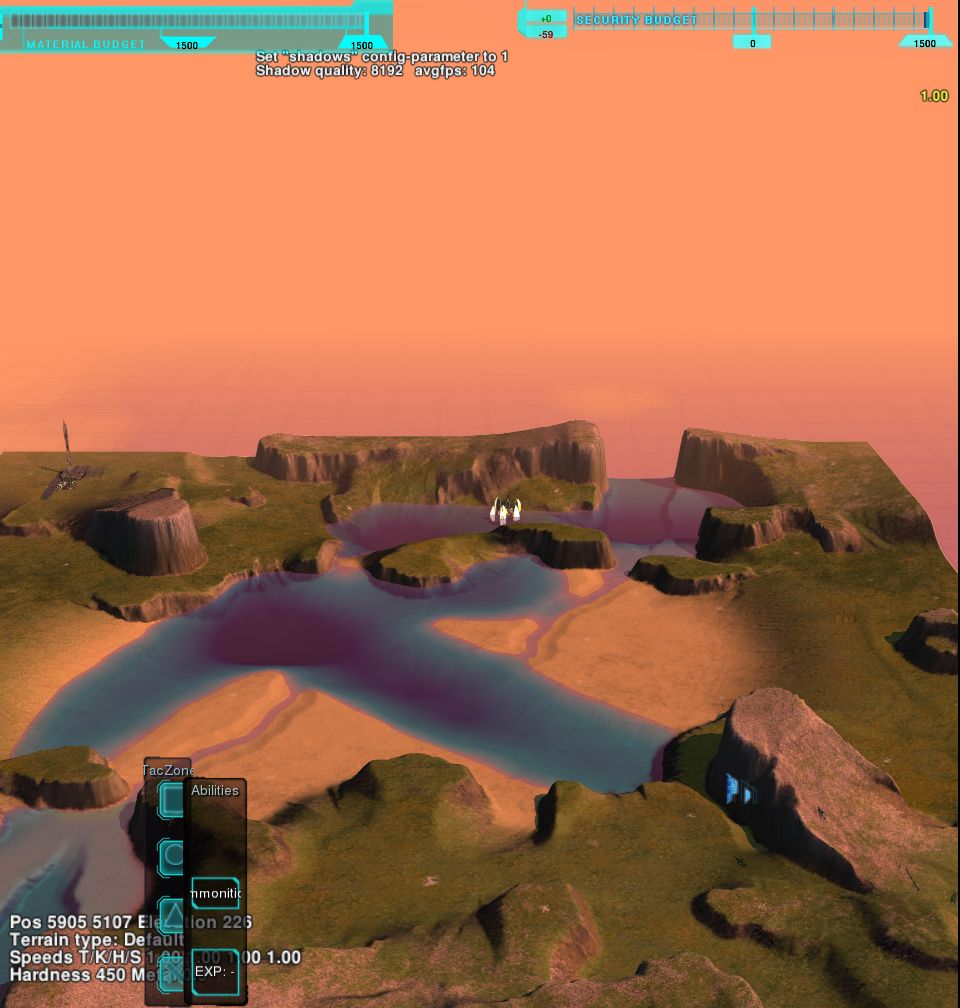 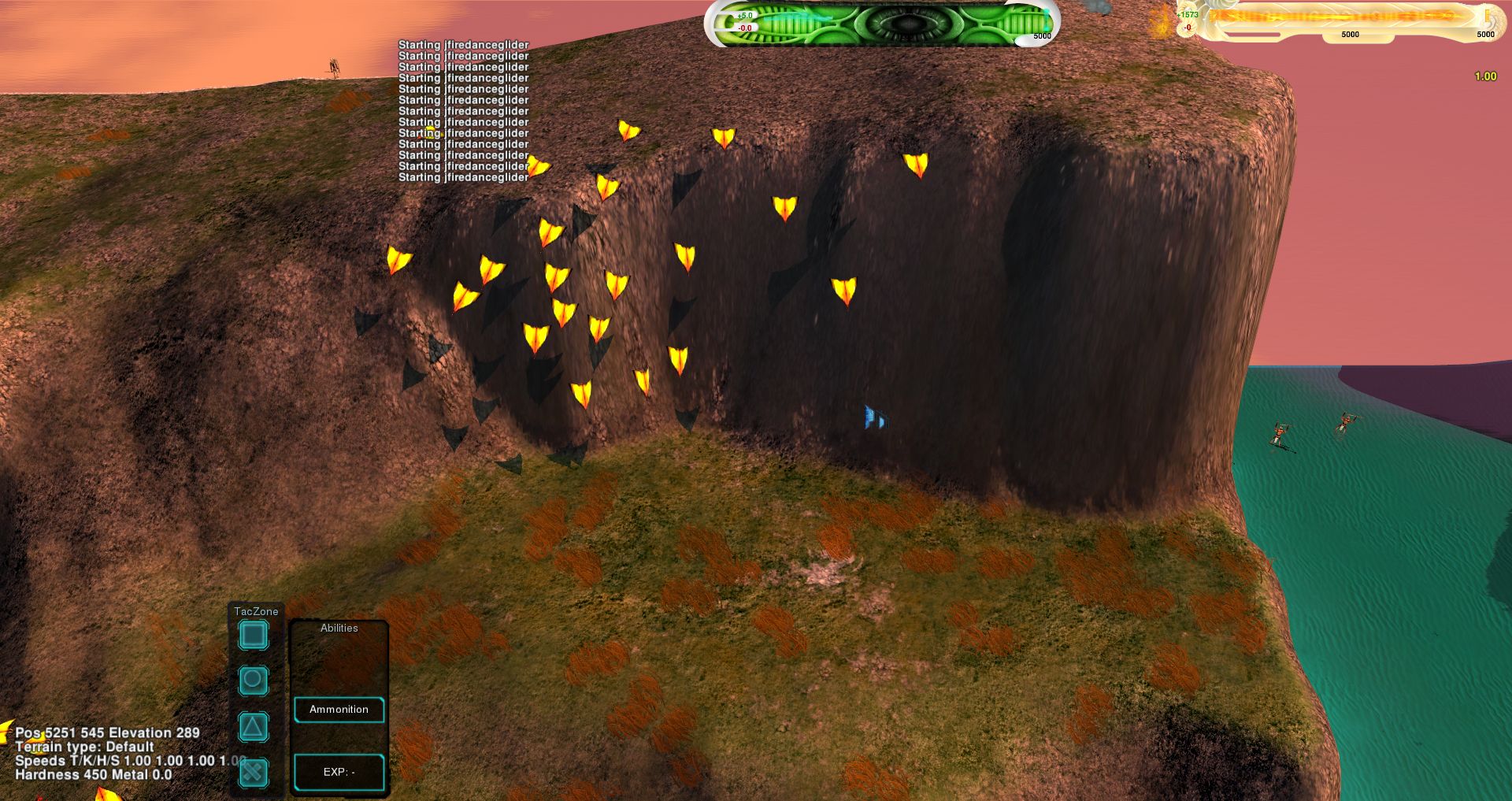 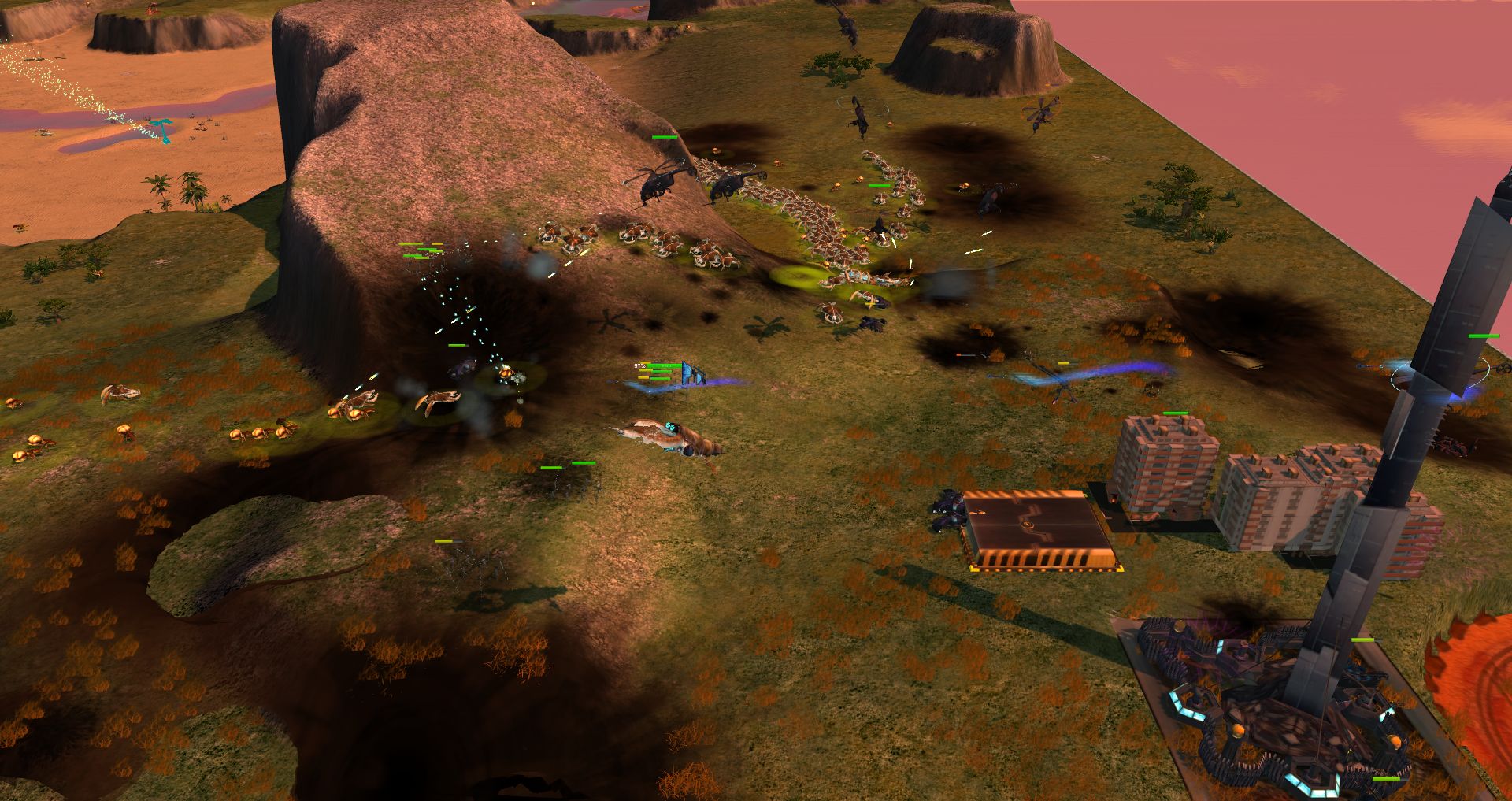 A new Version is out and up: 54.1
Allygator has now sound
It contains all Units jw will ever have, and some additional bugfixes.


Strider IK has been sighted and found insufficient- and a general solution will be found
Means inspired by this we will have IK in spring:
https://github.com/DarrenTsung/inverse-kinematics

Be warned it will be expensive. So hero units only - or units which are on screen only.

May the madness prevail

basically one huge Feature, consisting out of Pixels ("Subfeatures") that are rerranaged according to a Algorithm. Just postin for the hostin

LayoutDontOvercrowd.jpg
(1.93 MiB) Not downloaded yet

SeriousMuderiousBuisness.png
(344.8 KiB) Not downloaded yet

springlobby2.png
(83.8 KiB) Not downloaded yet

Springlobby.png
(80.71 KiB) Not downloaded yet

datasharing via the intertubes... because vm-box tools refuse to work with a usb-stick.. so sad - so source

What The Hell.jpg
(1.94 MiB) Not downloaded yet 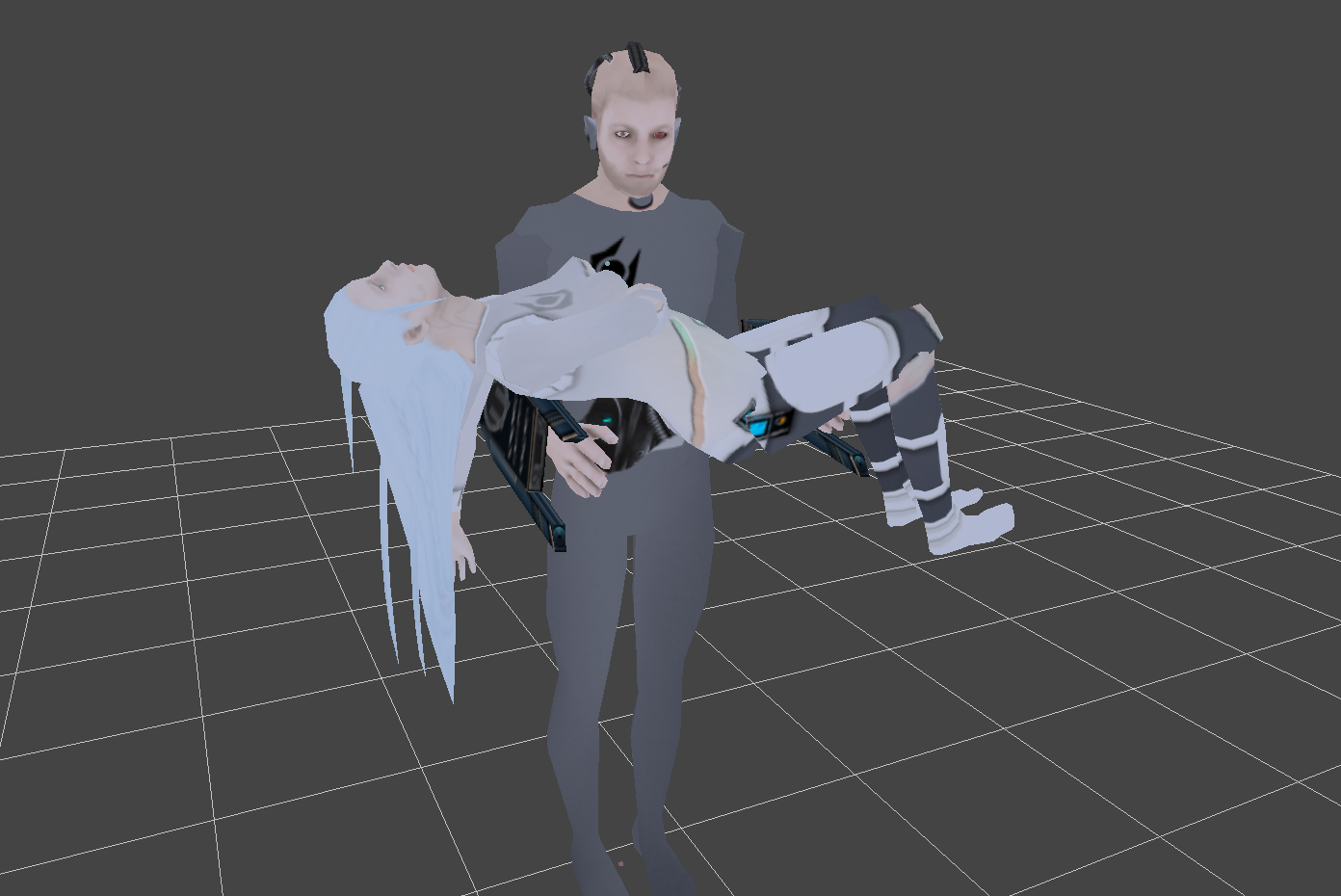 I just wonder how much effort it is, to create emotional attachment to characters in Spring.

TheCouple.jpg
(29.84 KiB) Not downloaded yet

Journeywar:
Time for a little update on the interstellar war as of late.
What has happened:
Polishing:

All Units are now in Game, though some are not completely bug-free.
Lots of small changes, such as code formatting and bug fixing.
Everything new results in the end in a boring maintainer job, and this is what journeywar has turned into.
I played it alot against RAI and the spawner AI i made.
There where a ton of bugs, and there are still a ton of bugs. But suprise, there are moments where fun is real.

I added Oil-drums to the spawned Units.. they are fun to blow up with creepers nearby.
The GUI-Is full of habaneros now (irregular shaped buttons), which still lack some functionality though.

The Varyfoos now combine to a Varytara, and save thus polys. 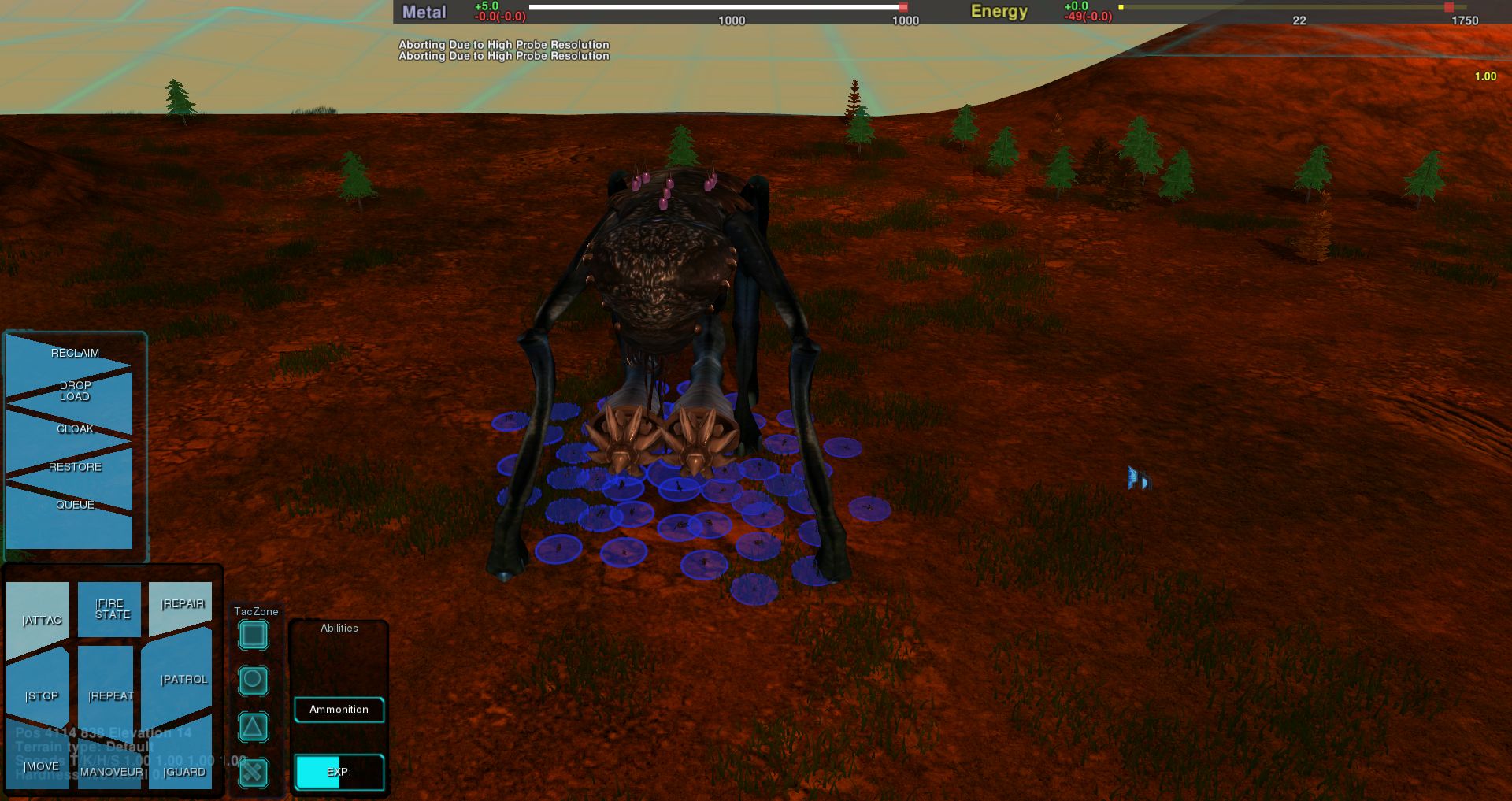 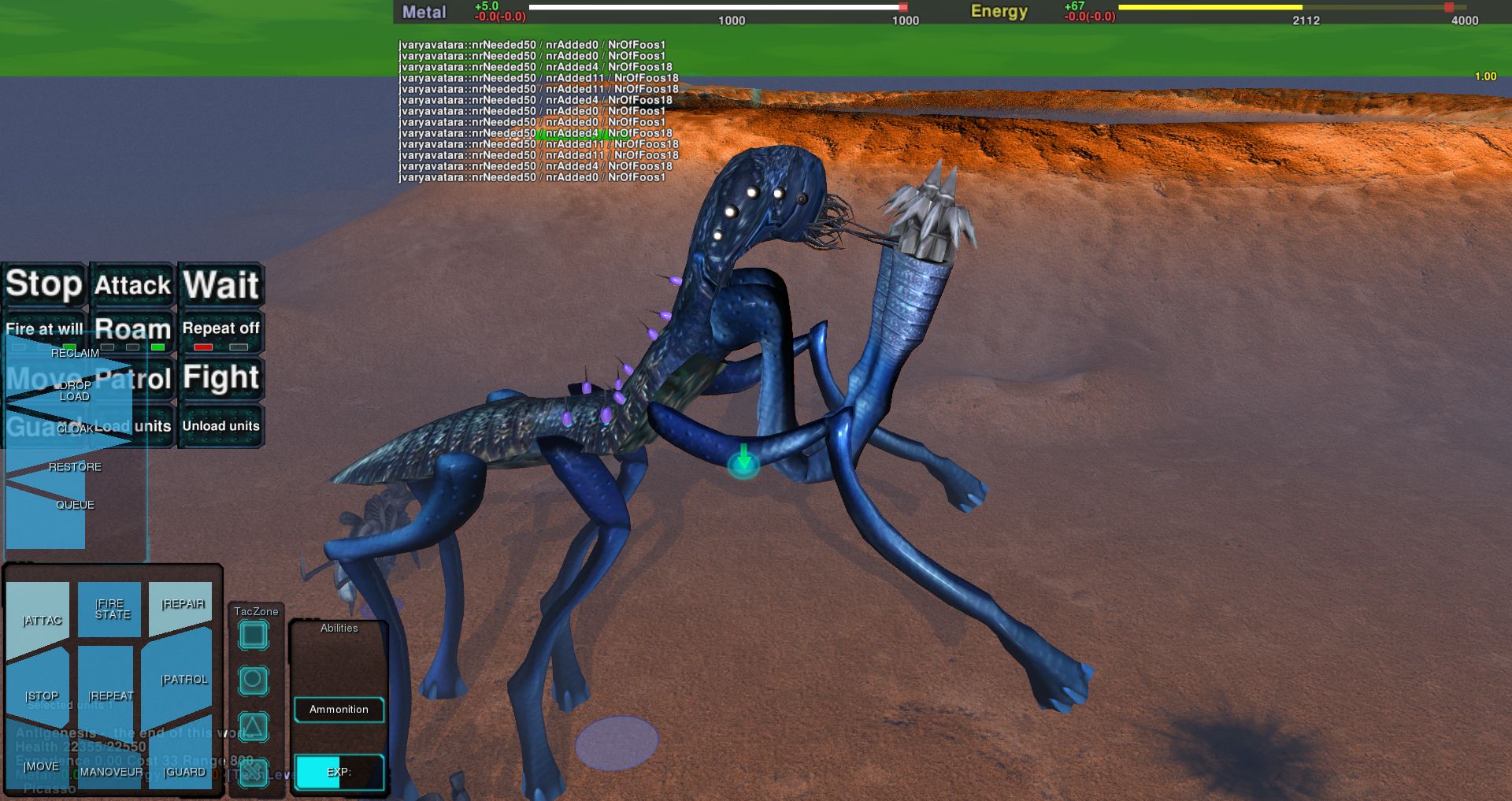 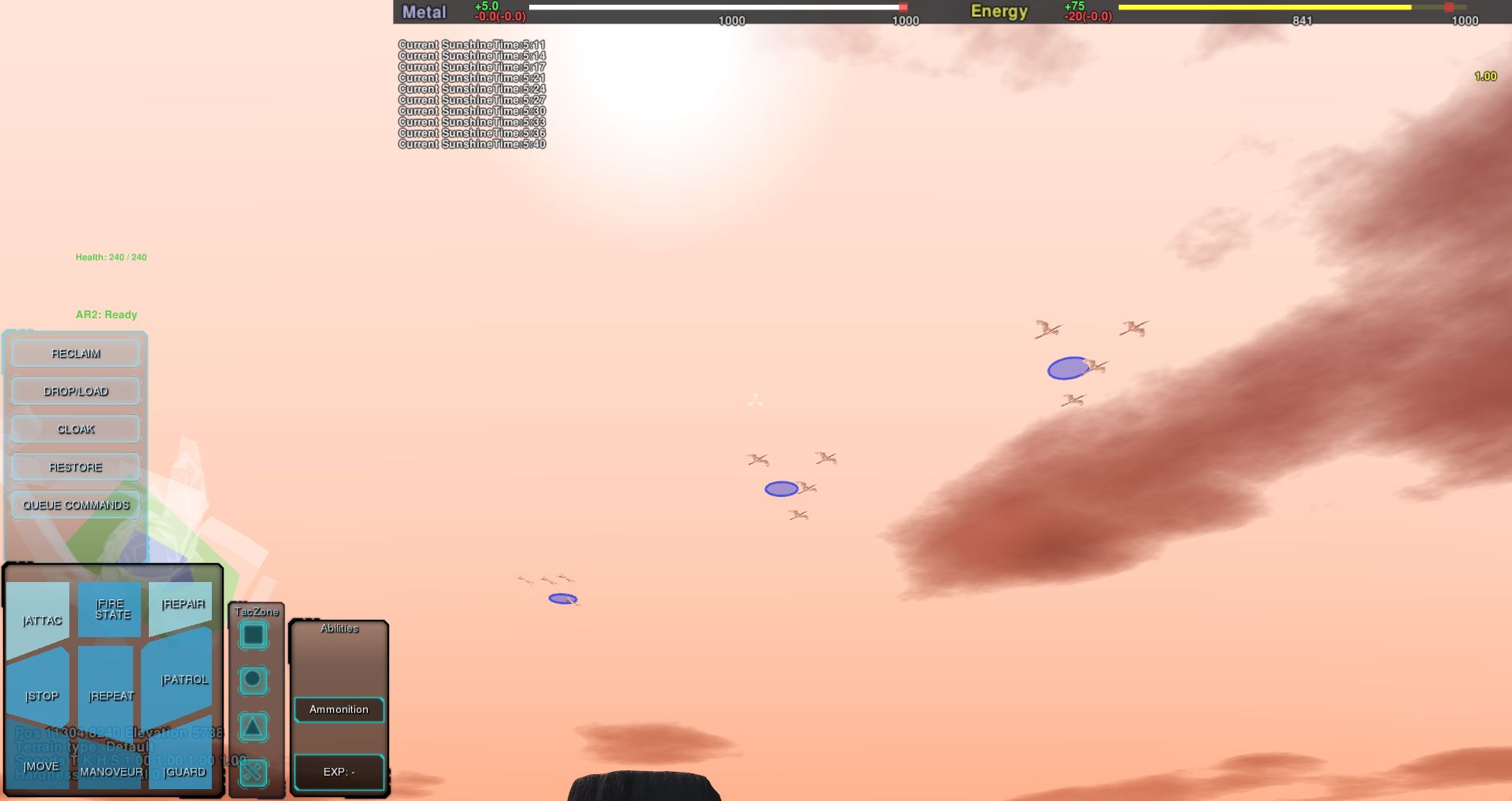 Server:
Thanks to Pepe Ampero Journeywar has now a server, and its supposed to update itself to the newest version.
I can not yet play on my own server, cause the game refuses to sync with my devVersion

Are the bird-things new too? They look very nice with the sky as their background.

Will the two allegedly memorable characters merge (evolve) into a silent protagonist with a crowbar?
Top

Its a way to save polys.. you merge massunits to a giant meta unit.
:D

What is this error- i couldnt find something for it on the forum - and adding debug code to actions.lua seems to have no effect?
Top
Post Reply
1247 posts