Page 6 of 6
by Erom
Suggestion for the new build animation... this may be too close to TA for your taste, but what about a laser build animation? Not necesarily a single beam- you know how a scanning laser looks more like a sheet? One of those that pans accross the build could be very nice. Alternately, what about the materializing / dematerializing sequences from the original TRON? Those were pretty cool, could use them as a starting point.

As a sort of near-future change, you could make the nano-particles look like little blobs of silver metal, (like liquid solder?). Might be an easy way to use the nanospray mechanic but give it a unique feel, until you can replace it with something that is more work.

Great work on the wobbily-bird and all the rest, impresive stuff as always.
by Argh

Kind've hard to do, with Spring's current limitations, but it might be possible in the future with some workarounds. I think I might have to do some serious thinking about all of that later on this week.
by Argh 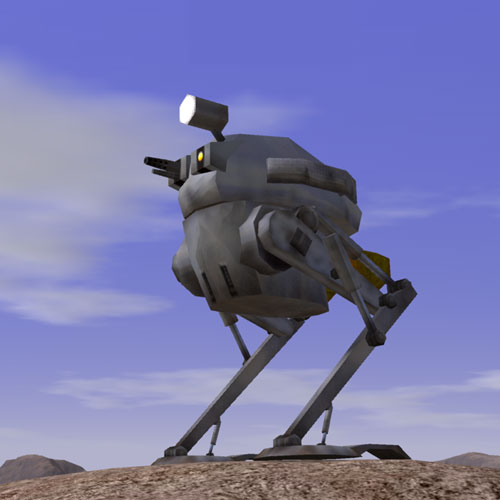 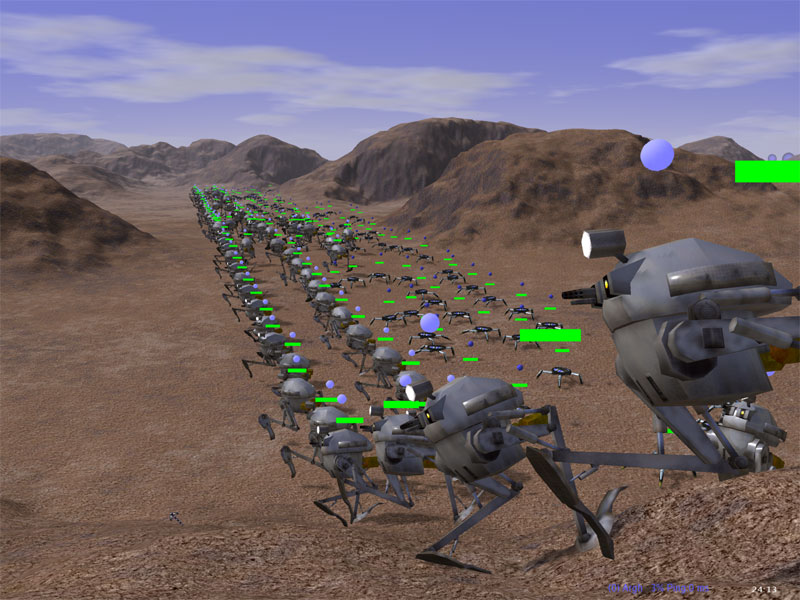 by Fanger
that is somewhat intimidating..
by Argh
Having 100 of each of these guys coming at you might be a bit scary, heh.

And... drat.. it appears that that little hydraulics in the "ankle" aren't quite right. Ah well, easily fixed...
by Neddie
Don't forget, almost a hundred of anything is intimidating... now, if they have an amazing noise...
by Fanger
yes but I am not fond of birds and those look like giant evil robotic birds..
by esteroth12

have you decided on a name yet?
by Argh
After much deliberation, I have called it the Springer. It gently bounces up and down as it moves (with acceleration and some fake gravity) so the name seemed more appropriate, somehow.
by KDR_11k
Should have called it Carp. Because it looks nothing like a carp and doesn't behave like one, either. You know, like the Wolf.
by esteroth12
lol... you serious?

Argh wrote:After much deliberation, I have called it the Springer. It gently bounces up and down as it moves (with acceleration and some fake gravity) so the name seemed more appropriate, somehow.

But aren't we all springers?
by Argh
The Wolf doesn't look like a wolf, because ... erm... DRB, who is my best friend IRL, made a drawing of a potbellied bird with guns and said, "make it look like this". So I did. My original concept drawings were much more wolflike, but this is what I ended up with.

As for the Springer... hmm... well, you've just gotta see how it feels as it moves, I guess. I felt it was appropriate.
by FireCrack
Springer?
by Snipawolf
Ehhh...