Install in the mods directory. Sorry about the content bug, I'm doing new things with the Chickens and that slipped under my radar.

Video, for those who haven't seen it yet. 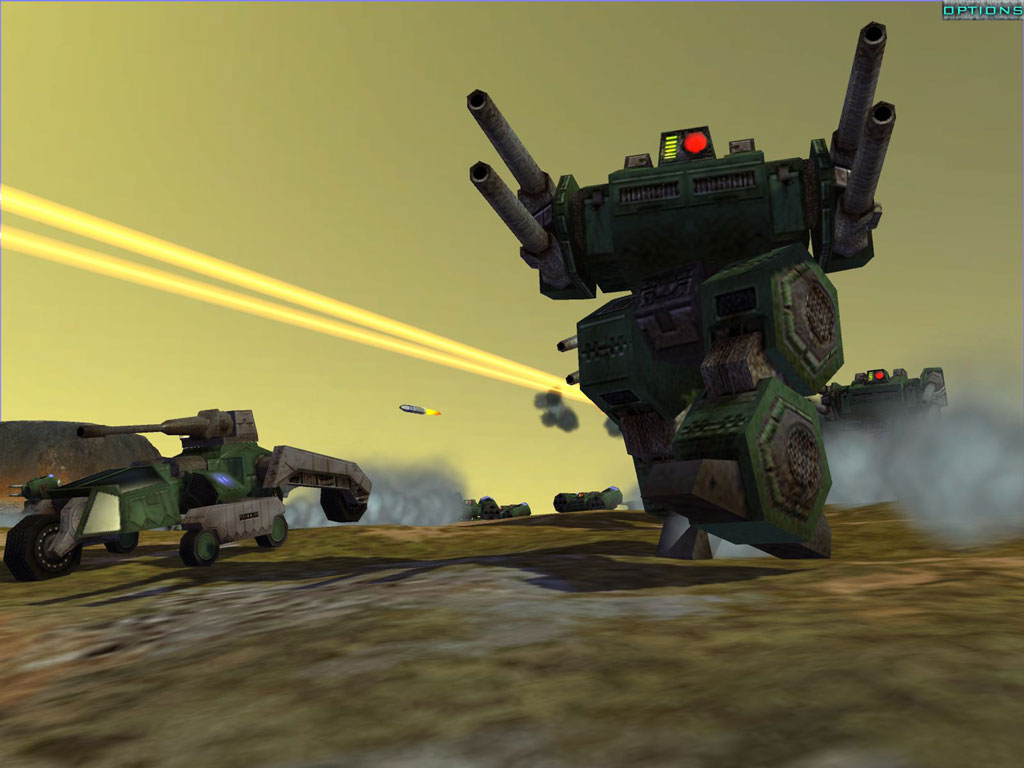 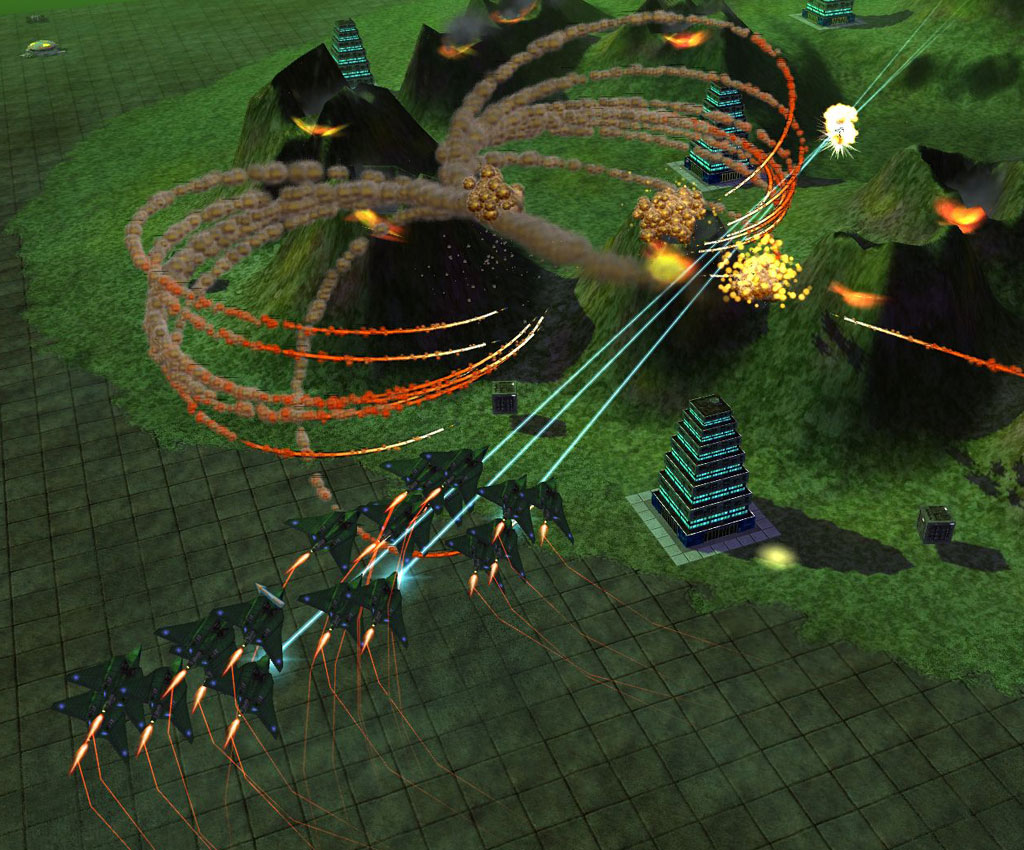 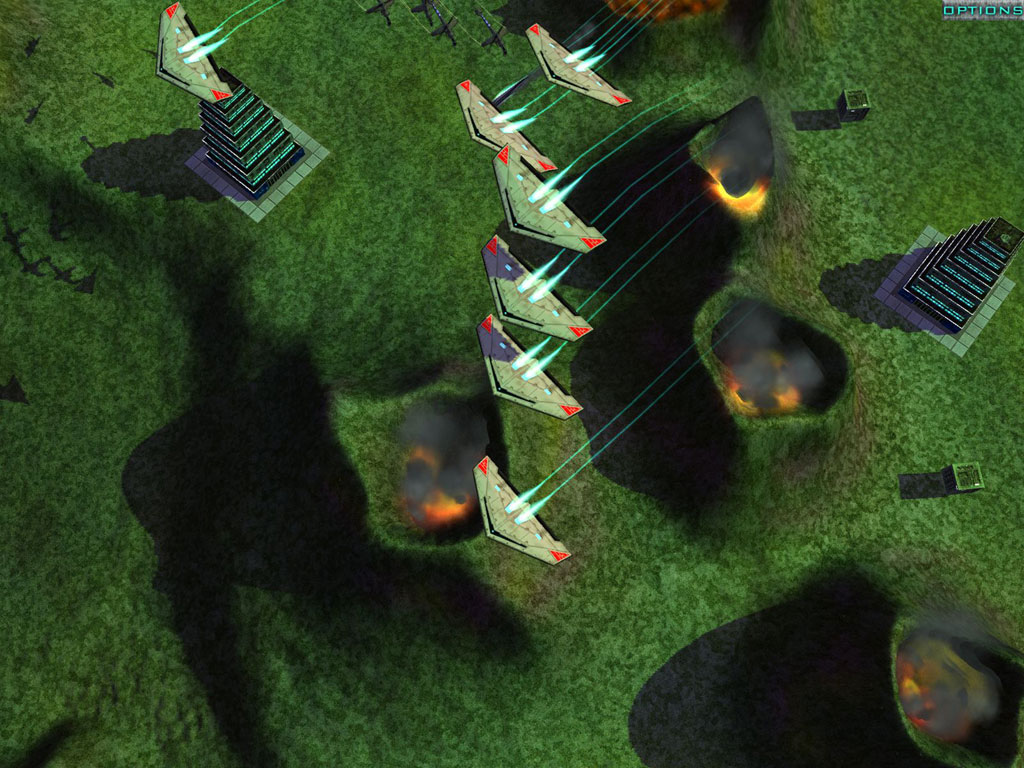 Main URL to be listed when uploaded to ModDB, etc., etc.

If you have fast bandwidth, you can get the bare-bones release here:

Contains 2 single-player Missions, including a tutorial, Space Chicken SP mode, 3 new multiplayer maps, and a host of other things like that. If you haven't played it yet, you're totally missing out.

1. Various balance changes and improvements, and incorporates all bugfixes since 5.2. See 5.3 thread.

3. Better core performance and better map beauty on most hardware.

We'll be posting to News, etc. when it's available.

where are the orcs?
0 x
Top

You really need to get some other actors to play the other parts in your vids, sounds like you're talking to yourself

where are the orcs?

Haven't finished the Crack of Doom yet. Very, very tempting, now that I know how to make it look somewhat decent.
0 x
Top

Yup. Not the best trailer, ever. It's harder than it looks, to do stuff for a specific script with dialog. I'd do a lot more video, if I could storyboard it, record dialog, and send it to somebody who does the video side better.
0 x
Top

Orcs? Am i missing something lol.
0 x
Top

Cool! We're featured on ModDB again! And the rest of the media stuff is (slowly) moving...
0 x
Top

woot! the game no longer freezes up in the beginning! i can finally play. the game is awesome, tho somethimes i get a de-sync error while playing. also, how do we change a lua file into a map? me and my friend just edited a map using WORLD BUILDER and now its only lua file. i so want to use that map in inf skirmishes.
0 x
Top

I maek try some of the missions.
0 x
Top

Hehe, I liked it, I had fun. One thing that was kinda entertaining, after I won the mission all my units all over the map started attacking all the features. It was actually pretty cool to watch ;p
0 x
Top

To make a World Builder compatible map is really pretty easy. However, making one that's entirely compatible with P.U.R.E.'s gameplay is a little bit harder.

To do a simple conversion and see the objects you've placed in your games, open up the map's file with Winrar or 7-Zip. You will see a folder marked "maps".

Now copy the 0001_WORLDBUILDER.lua file that was output over the copy inside the LuaGaia folder in your new map, in the Gadgets folder inside.

That's all there is to it, for a simple conversion.

Let me know when you've gotten through that, and if you're interested in doing a full conversion, I'll give you some instructions

hmm, im past opening the map on 7 zip, but whats the world builder map? im taking it isnt the .lua file of the edited map. is it a file i have to download and set the new files on? or is it somewhere in my spring folder...
0 x
Top

But -> why i have a couple of files to copy and not one mod file
like ALL other mods ?
(or one big mod file and one small update/fix file to be precise)
It is hard to update many different files with no name matching
with pure, will all mods doing so it ends with a mod folder full of yunk ...

The reason why it's not one big file is severalfold:

1. I didn't really design it for people to do the usual Spring install, it's more or less designed for a traditional install. In fact... meh, I should warn everybody now... the "barebones install" is probably going the way of the dodo soon- this may even be the very last one, tbh.

Therefore, breaking it up isn't a very big deal.

2. It's broken up so that it's clear what's gamecode, and what's content. This was done for legal reasons, since we're probably going commercial.

3. In the final release of the current builds, it will provide a stable platform for modding the sections that are GPL, and releasing mods that don't break our EULA. Long story short- if isn't P.U.R.E.'s content (models, bitmaps, sounds, etc.), then you can do whatever you want with it, subject to the GPL. And yes, that specifically includes everything in World Builder.

4. It provides people with an easy view of what's what, if they're trying to build a mod or a new gametype.

5. It's far easier to maintain multiple files as separate areas than to have a massively cluttered final game.

Now, is this stuff easy for end-users using the current Spring to deal with? No, it's not. That's just how it goes, though. Spring wasn't well-designed to handle a number of things, and separate game installs, or having more than one copy of Spring on your computer are one of the many structural problems we've had to deal with.

Spring doesn't support a sub-directory structure for storing multiple gamefiles within a larger archive, or any other method that would keep this simpler. It has to be this way, or one giant file, and I for one think that it's better this way- easier to maintain, easier to know what's what, and easier for people to know what they can redistribute freely under the GPL.
Last edited by Argh on 14 Apr 2009, 03:52, edited 1 time in total.
0 x
Top
Locked
82 posts