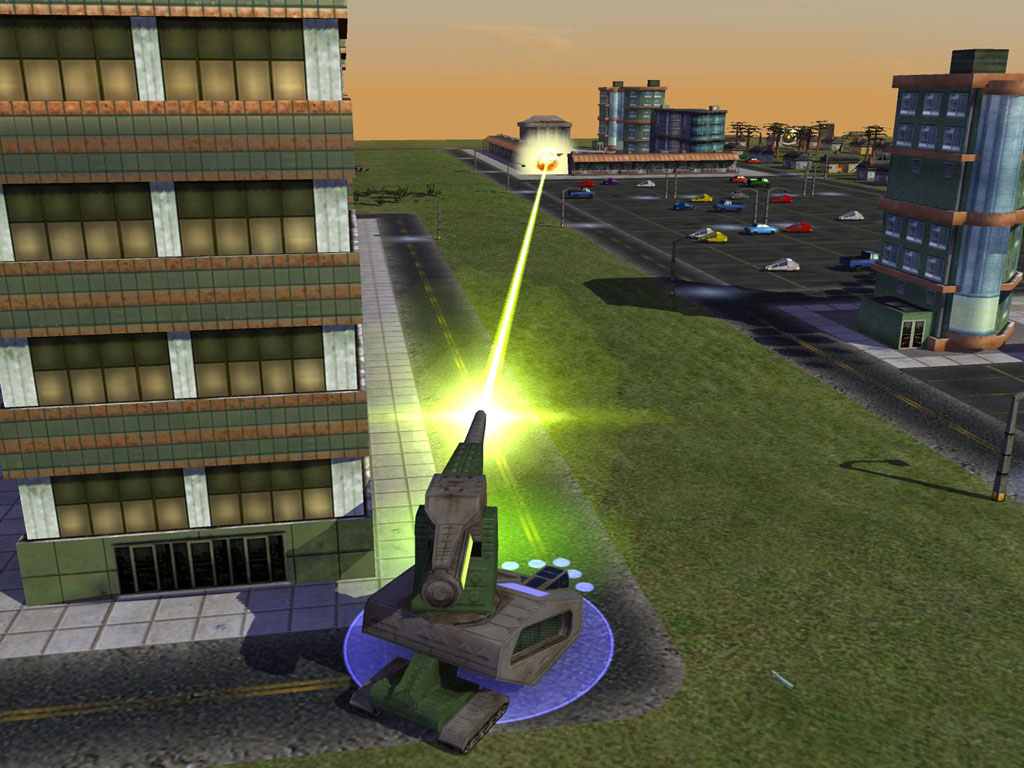 I like the Annihilator thing! Less fond of the toy-like truck thing, but the anni is cool.
0 x
Top

Oh, I thought it was some sort of construction unit. I would've made it a literal bunker with legs. More obvious and more amusing!
0 x
Top

Or maybe tracks would make sense too, given that it probably is quite heavy with it's bunker armament.
0 x
Top

Guessmyname wrote:Oh, I thought it was some sort of construction unit. I would've made it a literal bunker with legs. More obvious and more amusing!

The bunker on legs would be epic win
0 x
Top


I thought it was a bunker on legs

The T.R.O.L.L. is a heavily-armored infantry transport. It's slow, it's heavy, and it kills light stuff on the way in. Think AT-AT.
0 x
Top

How are you going to make heavy infantry transports relevant?

It's one thing I've noticed in IW, where infantry is cheap (even though they are reasonably slow). People like transports when they are cheap and quick, or even when they are expensive but quick. Typically the tradeoff for being quick is a lack of armour and often being pricey.

We do have a heavy infantry transport in IW, the Heavy Repulsorlift Transport, but nobody really uses it. I'd imagine it might have a use for weird strats in big team games, or in games with lots of water, but in a standard land-based 1v1 or 2v2, nobody will really bother with it. Their money is just typically better spent on combat units, or even just building a factory closer to the front. A transport that is big and slow really just has one purpose, which is typically only used once (given that it's too slow to keep making round-trips), and once it's done that job (dropping lots of infantry into a hotzone), it's pretty useless. Unless you price it to be worth it for the armour, in which case you're not really making a transport (because it'll only very rarely be used as such) but rather a heavy walking lump of HP.

When we eventually include the ATAT, we plan for it to be an assault unit first and foremost, that can also carry infantry. Even though it technically is meant as a troop transport, there's no logic in balancing it with that in mind as it'll never be used, and nobody wants that.

Interested to hear how you plan to go about keeping it relevant.
0 x
Top

I play dawn of war at lunch and like the transports in that. They're usually used as big lumps of hp to soak up fire while heavier less armored stuff kills stuff off, or as ways of securing important units, stick them in a heavy transport hide it in your base and keep it out the way.

You used to see similar tactics in OTA in long games. Player would build walls around the commander and there'd be holes with anti-nukes or anti air in them
0 x
Top

How are you going to make heavy infantry transports relevant?

They're heavily-armed and armored enough that, situationally, they can be used with assault forces. MBT + T.R.O.L.L. + Missile Truck + HeavyMech = mixed-arms assault force suitable for taking contested ground. The game's very much about mixed-arms stuff at this point.
0 x
Top

see on yutube :
yu giant tall robo skelet have not sight anim on arm gun :
did yu need script help :
i can add a wiki tuto for this ...

it seems to that :
yu units dont hav 32weapon ,
and if i remind yu are the first one to use the sfx-1024 ,
but it seems the 2048 is more interesting for blast effect ...(i use mini flame thrower and beamweapon added at the main 3d balistic !)


as feedback :
i can match yu texture and 3d(design)
for me yu 3d are unreal* serie fps and match with evolution texture (i hate this style but unreal prov that lot like it :same as eldar and protos and necron)
for the entiere game pure i like evrything but weapons seems underpowered and the entiere game go to boring

yu new walker biped and quadripod heavy are really a great chang in yu style and can be integrated in mechwarrior universe :
i will stole the quadripod3d&text and ll send yu a .cob exibing the advantag look of flex position(dont fear about yu ip i dont release in mod bc i prefere make by myself its just for teach yu about good taste or ...my taste
its strang to see yu between/mixing the oposite styles
yu are my favorit spring crew and if yu was a women i asked for romance!
yu map are new super corpses : can yu ll relases 50*50 or 64*64 ??(or huge or big ?or medium...)
0 x
Top

Hey I got an unit idea:

This beast would been as big as roughly 4 MBTs, have a 150mm gun and 4 20mm AA guns. Able to transport units and is amphibious. Design roughly like the Mammoth tank tracks.

i suggest the panzeriv2 tank !(uberLandDestroyer)
This beast would been as big as roughly 4 mammothtank, have a 600mm mortar and 4turets 30mmAAguns+missile+radar(gau) a vlaunch box and electric front blade for mine clerance. Able to transport units and is amphibious and nanolate . Design roughly like the E&E airpad tank tracks.

panzeriv2 wrote:Hey I got an unit idea:

This beast would been as big as roughly 4 MBTs, have a 150mm gun and 4 20mm AA guns. Able to transport units and is amphibious. Design roughly like the Mammoth tank tracks.