, though i agree with gmn, that it looks overmind-ey. Add leg-guards? (or whatever those things that normally protect tires/tank treads are)
0 x
Top 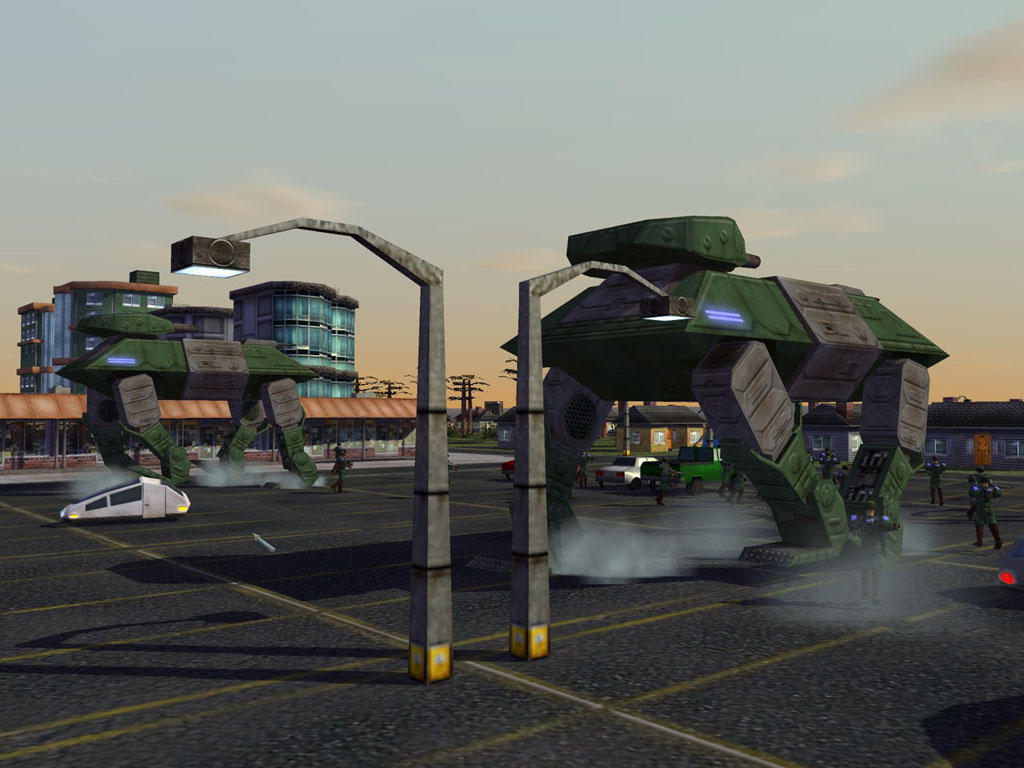 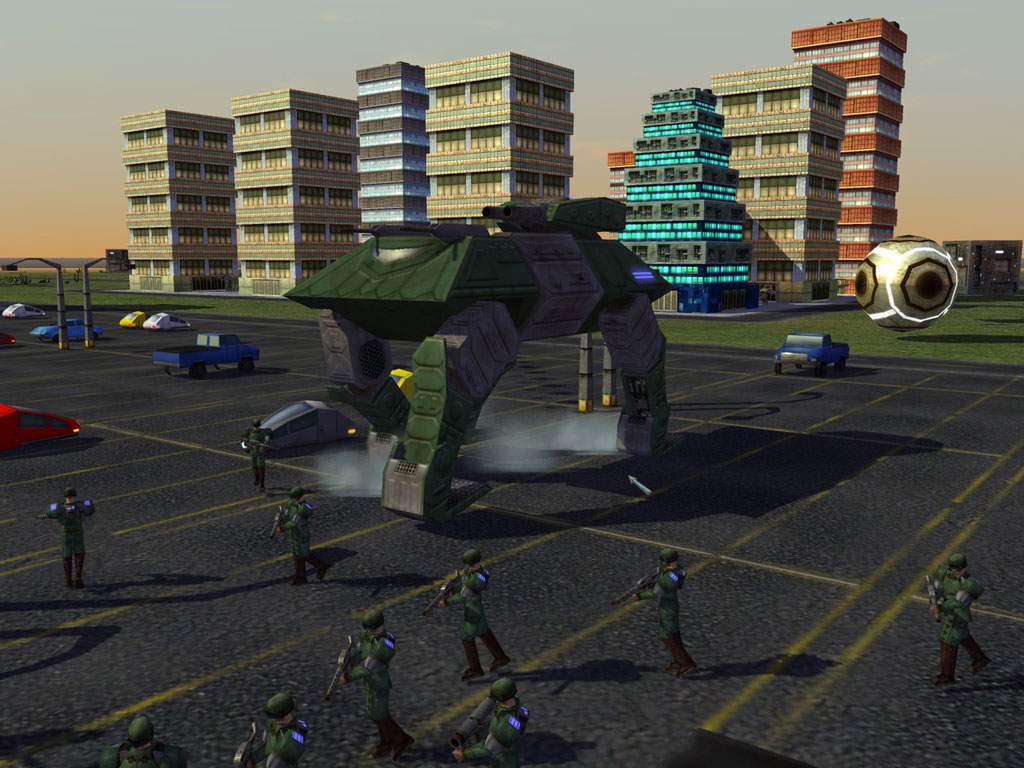 Played another long session with DRB last night. Tested the latest World Builder map- a flat map with a city providing a lot of cover. Hectic play. Infantry really show what they can do, when the terrain's full of obstacles.

2. Hitpoints on Heavy Shell buffed, costs reduced. It's finally useful again, as a big meatshield during Tier One, as a versatile swarm unit in Tier Two.

3. Artillery Shell has been moved back to Tier One.

4. Maxim is going back to Tier Three. A new unit will be developed specifically for anti-artillery purposes, to counter Overmind artillery.

5. Strategic Plasma Cannon's accuracy was raised, damage raised. It was doing less damage than ArtilleryCannons after the last round of nerfs, and is back to being effective for costs.

6. All buildings have had their hitpoints raised a lot, they just weren't very effective cover yet, and infantry using them weren't given enough protection to be effective.

7. RocketTank buffed. It's still not quite effective enough for costs, against anything on the ground... and I expect it will get buffed again.

We're still working on the balance of Tier One to a certain extent.

Infantry have given us a lot of problems, due to the cloak and other stuff. I'm thinking I'll probably remove the cloak, and use Lua to handle damage vs. Infantry instead, so that they get an inherently better behavior vs. most weapons when they're prone, but aren't hidden, as this creates all sorts of whacky problems (among other things, Spring won't let weapons fire with regular accuracy at them, when they're cloaked, even if you've micro'd them to fire at their true positions).

The economy for both sides has improved to the point where I think I'm satisfied that it works, and the rush game feels pretty tight at this point. What we're trying to work on from here until release is structuring stuff so that the rush of spam can be stopped, by both sides, forcing a halt to offensives, until you've gotten counters built. There is a real need, if it's not just going to be Tier One spam, to reach stasis long enough to tech up, so that there is a lot of fine-tuned counter / counter stuff going on, even in a serious game where both sides are just trying to crush the other player as quickly as possible. IOW, now that there is more of a NanoBlobs feel to things, I need to get structural stuff working that allows players to hold ground in the sectors they're willing to invest in, up until the point where the other guy builds appropriate counters.

Expect to see more buffing of defenses, especially early-game stuff- it's pretty darn important that you can hold your base together during early play, and thus far it's really touch and go, if the other guy rushes and just spams a horde, because the Tier One static defenses are still not quite getting the job done and forcing a halt, which means Overmind has to go for ArtilleryCannons practically every game to survive, given their relatively-fragile economy, which we think is a broken dynamic.

Oh... and the Overlord is awesome. Terrifying, but awesome. It's what the Krog should have been, imo.
0 x
Top 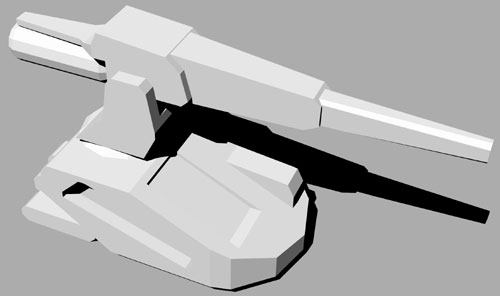 Here's the Zero Aperture Projection System. It's essentially a giant particle cannon mounted on a chassis that was originally designed by the Ancients for use as farm machinery.

When it's moving, the cannon must be stored in a locked position, but it both moves faster than the Maxim and is more maneuverable, making it possible to put very accurate, long-distance firepower on point targets, without the enormous wait. However, the Power requirements are terrific, and it takes quite awhile for the device to store up enough Power in its supercapacitors for a shot. Therefore, most prudent commanders exercise a great deal of control over the use of these weapon systems, reserving them for vital targets within the enemy's infrastructure or defensive systems.
0 x
Top 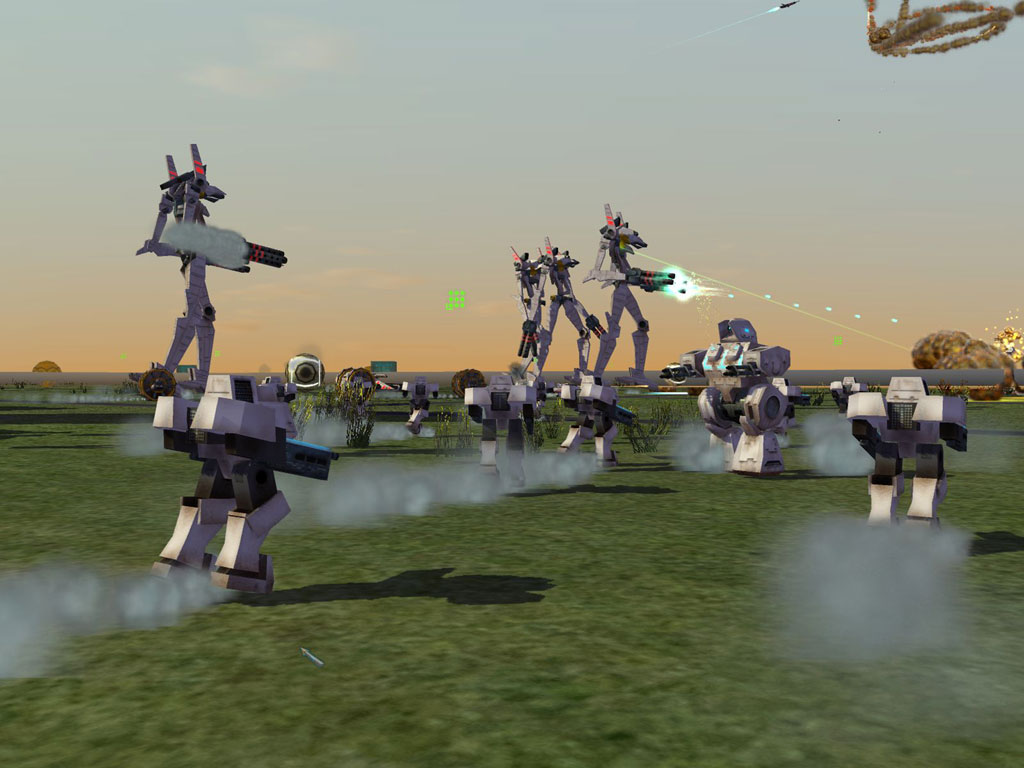 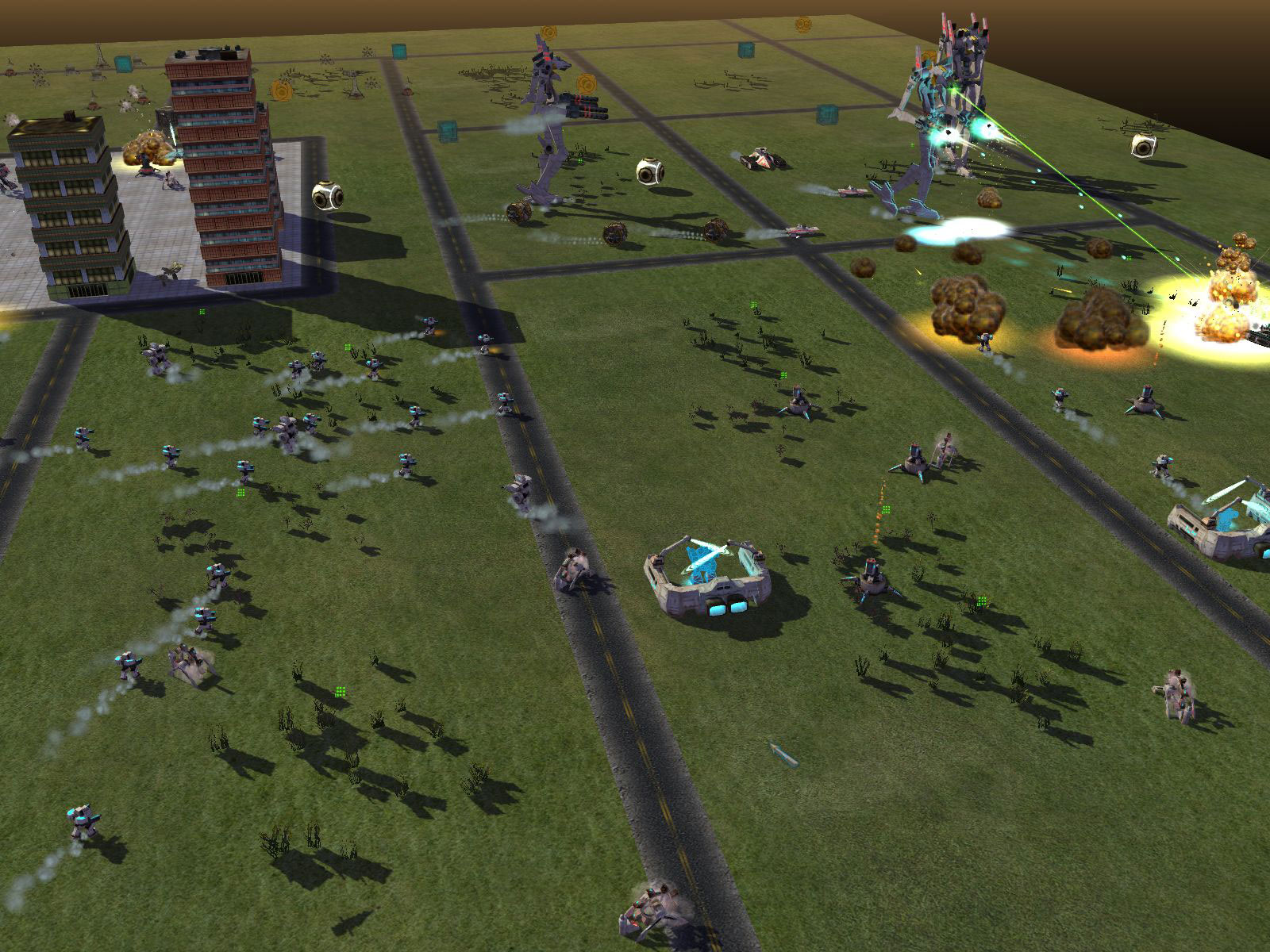 Played out a test with 3 RAI, just to see if a couple of things are working right. Destroyed most of a city in the process

Who is the red player spamming Overlords? The RAI?
0 x
Top

I'm sorry but that TROLL is the ugliest god damned thing I've ever seen in my life.

SpikedHelmet wrote:I'm sorry but that TROLL is the ugliest god damned thing I've ever seen in my life.

the blue light on the giant walker thingies looks wierd as it doesn't include the green from the laser.
0 x
Top

The troll is hideous. However, other than it's colour scheme (PURE's skins are slightly G.I.Joe-ish, but in a good way), I think it's also one of the first actually believably-designed giant robots I've ever seen. The TROLL looks like the product of modern, American military concepts. It's a Striker LAV crossed with a Boston Dynamics BIGDOG.
0 x
Top

The T.R.O.L.L. was supposed to be a Stryker with legs, basically. DRB was very impressed with the Stryker system in general while in Iraq, and asked me to make something that fit that general concept- an APC that is an AFV first, and an APC second... and this was my take.

I'm glad people think it's ugly. It's really deliberate, just like a lot of GMN's stuff for Resistance came out ugly (in a good way).

Resistance's stuff is sometimes based on Ancient military designs, but a fair amount of it's industrial / recreational stuff that they re-purposed (in my private version of the backstory, anyhow). The Ancients, other than maintaining a fantastically-powerful fleet of spacecraft designed to deal with hostile contact with aliens (most of which was destroyed or subverted by the Overmind), didn't have a lot of ground-combat stuff (they'd never met aliens with Planetary Shields).

They had some old tech (like the HeavyMech and MBT) that they'd kept in their files, because it was the most dangerous equipment at the time of the Unification (historically, the Golden Age began after a rather nasty war which finally united everybody under a single government), but nobody was really designing anything new, because what they had worked well enough for the few times they needed armed force during the Golden Age.

Luckily for the Resistance, the ARKs were repositories of human knowledge, including designs of older military hardware... and that kind of thing was there, just waiting to be used again.

My feeling is that a version of the T.R.O.L.L. was once used by settlers on new planets, where there weren't any roads yet. I don't think it was originally meant to be specifically military, just "paramilitary", and easily-converted.

1. Great apes (the design of the feet, they're deliberately designed to reference knuckle-dragging).

2. An indirect reference to the Syd Mead walker design that was probably the single-largest inspiration for the AT-AT:

I mainly just drew on the scale-feel of it, I didn't want to reference it any more closely, because having animated a walker with roughly similar joints... the leg design sucks. There's a reason Nature doesn't do that, the poor guys riding that thing would be unable to drive it at any real speed.

I've thought about writing him a couple of times, to ask him what kind of motion studies he might have done, since that might help me understand that painting (I'm guessing that when he was throwing the book together for U.S. Steel, he didn't have any time, a lot of the work was stuff he'd done already for various clients) but like with Kow Yokoyama, I dunno whether I want to bother him over something that trivial.

3. The Gage Commando... and the Soviet-era BTR AFV.

So... yeah, it was supposed to be ugly. Only thing is, if I could do it all over again (which I won't be, until the next release at least)... I'd give it a bigger skin, and stick more greebles on it. I ran into huge problems trying to deal with something that large in scale at a 512 size, vs. everything else, but I finally managed to not annoy myself too much. I'd like to do it over, but not until I really don't have more important things to do.

You wanna make some?

I was going to get to it, for big stuff, with several versions for the skyscrapers, using a lot of clone stuff and other tricks to get it done fast and keep polycount down and re-use uvmap space as much as possible. If you want to take a whack at it, great, if not I'll get to when I'm done with the more-immediate stuff that's on my plate.
0 x
Top 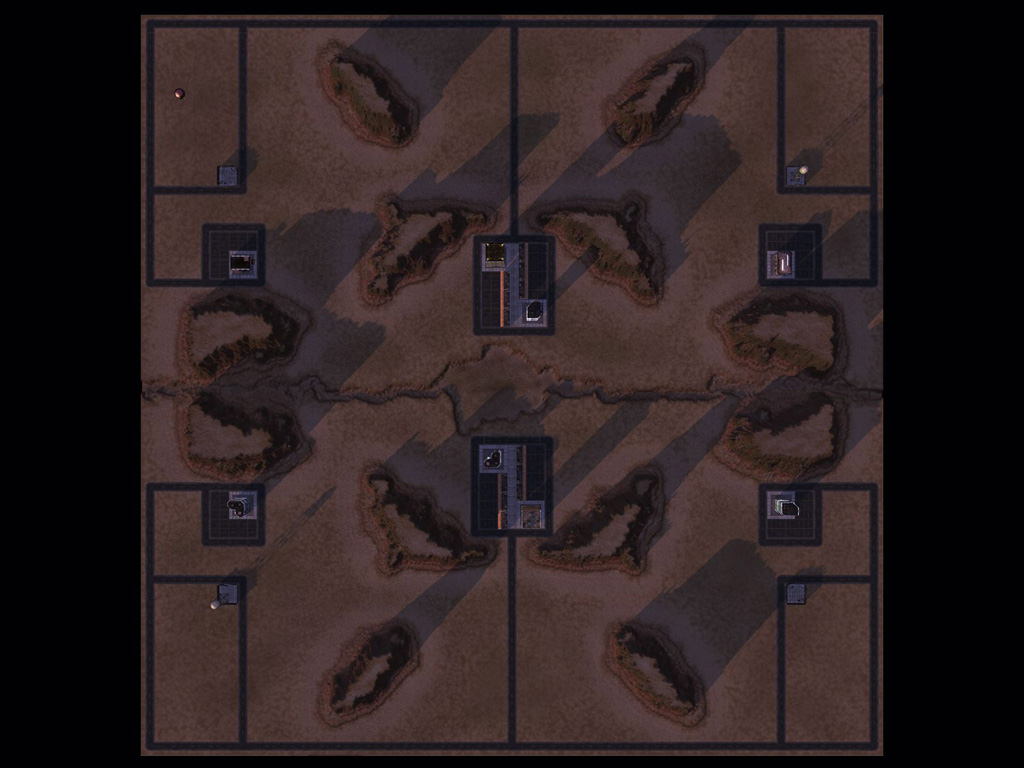 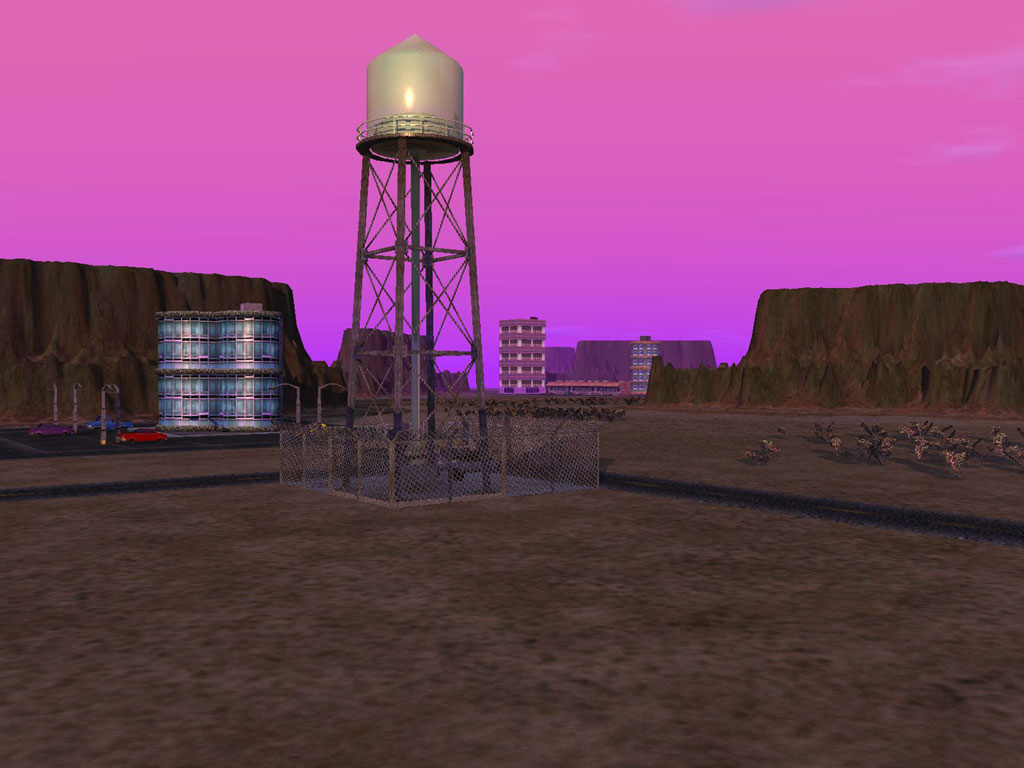 Did you just get a job with comcast? DSL's fine, and I'm out in the fringes of the rural areas of town. Then again it doesn't take much to cockslap comcast these days
0 x
Top
Locked
868 posts