Hello, a lot of you only know me by reputation... if that.

In early 2005... or something around there, Spring came out with its first public release. I looked it over, and sort of decided it wasn't ready for prime-time.

Spring progressed rapidly. People began PMing and emailing me on an almost daily basis to port my popular Total Annihilation mod, Absolute Annihilation, to Spring. I told them I had no intention to do so.

The Total Annihilation community was pretty split on the topic of Spring. Some people were afraid of the implications for Total Annihilation (and by extension, their mods), others embraced it wholeheartedly, others were very lukewarm - the engine was still full of bugs and had extremely limited playability.

Some people attempted to port their mods to Spring, but had difficulties in doing so, usually relating to the new engine's use of real 3D space.

Since Absolute Annihilation was a highly popular Total Annihilation mod at the time, an unoffical port was made, and it suffered from many of the same problems.

I realized around this time that Spring had progressed far faster than I'd expected, and besides, if I didn't port AA someone else would. Around this time I released the first official Spring version of AA. It was met with a lot of excitement but things quickly cooled off as people realized it suffered from the same problems as all the other mods - since units could no longer fire through each other, for instance. A lot of stuff was broken altogether, and artillery was comically overpowered.

Instead of treating the Spring engine as a toy or tech demo though, I took it very seriously and dedicated a lot of my time to making Absolute Annihilation the very best it could be. Before long, AA became the dominant mod for Spring, but the original version of AA for Total Annihilation was officially called "final" at 6.0, after many years.

For over a year, Absolute Annihilation completely dominated the Spring community in terms of player base, for better or worse. Soon after AA hit its stride, I released Altored Divide, a map specifically tailored to AA, and it became extremely popular.

As a result of AA/AD's popularity, a lot of people became dissatisfied, myself included. Why should AA be the only mod that gets played? Why is AD so common? I released the Spring Community pack to counter this, including many popular mods of the day. A few people embraced this idea, but most were not so cooperative - and it didn't help that the download was about 70 mb.

Soon after, I decided to start working on other mods. I announced an Advance Wars mod for Spring, but soon after this, another group of people announced they were going to do their own Advance Wars game. I gave up on that idea. Then I decided to port an ancient (relatively speaking) game to Spring, called Imperium Galactica. I would call it the Galactic Empire Mod. This met with some enthusiasm, but I was still very new to texturing and scripting, so progress was very slow.

It was around this time that I got my first job. Suffice it to say, the real world demanded a lot of my time and AA went unmaintained, with the final version having extremely sever, game-breaking bugs. For a short while, other mods took the spotlight, but within a matter of weeks, a new mod took AA's place, Balanced Annihilation. It was named such because Absolute Annihilation was getting less and less of my attention, so it was becoming, honestly, not very well-balanced or fun anymore.

I was never a person to do small adjustments, I preferred to make wild changes and see what the results would be. This attitude of mine, combined with AA's increasingly low quality, rightly caused BA to surge in popularity.

The rest is history. My job has monopolized my time for the last two or three years. GEM and AA have both been put on the backburner. For a short while, I became very active with a new mod, "Abolition", also known as "RTS 2.1" (Supreme Commander was to be "RTS 2.0"), but this was short-lived as, again, real life took over.

I still intend to follow through with GEM and RTS 2.1 in the future once I find the time. I am still actively trying to have my hours reduced or adjusted where I work so that I'll have more free time to concentrate on my favorite hobby, Spring. Unfortunately I've been put in a position where I'm depended on and I can't just change my shift at will.

Lately I've had a bit more free time. With the global recession in full swing, my job (in the manufacturing industry) hasn't been so demanding. I've decided to take this time to revive my hobby, starting with Absolute Annihilation. And so here we are today.

I hope you all enjoy my work, but please continue to try new mods/games as they arrive. I don't want AA to become a monopoly over Spring again, I hope people find time to enjoy all the quality mods that are out there.
0 x
Top

Are you open to CRAZY ideas and suggestions yet?

Like you don't have to give up on Advance Wars, you could just make an Absolute Annihilation Advance game-type that takes whatever it was you liked about advance wars and attaches it to AA.
0 x
Top

Nah, a lot of what's cool about AW is that there aren't very many units. It's like R-P-S with a lot more letters, kinda.
0 x
Top

*insert mod edit, reminding you that I consider wholesale abuse of power to be a healthy way of life* 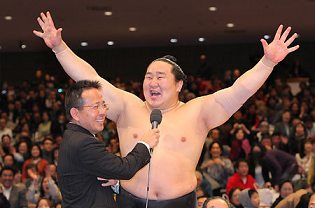 That's not the manufacturing industry at all!
0 x
Top

yes it did, I have a copy of it in one of my mods folders

It might have been just a quickie release before 1.48 or 1.49 (maybe you just gave it to a few of us like me and deci to test or something?). 1.46 was right after you buffed core and it was JAWSOME, except bladewings were overpowered. Tbh 1.46 was actually my favorite, but bladewings being overpowered was bad news.
0 x
Top

That would probably explain it, yeah...
0 x
Top

Well that was back when me and Noize were having our Epic 1v1 battles. God that was fun. We actually only played 3 times. I won 2 and he won 1. Problem is, the longer the game went, the more crappy I played. Too much stress on my nerves lol

I remember the last one quite vividly. It was 1.45 iirc, we were playing on canyons, you started in the top left and I in the bottom right (this was before the core buff).

You nearly took me out at the start with a flash rush but I was able to hold my own thanks to a single llt and some leet com micro. Then iirc for most of the game we were beating each other to a pulp while still expanding, and unless I'm mistaken I got lucky with my 1 sumo guarded by 20 morties strat (used to work really really well) and made it into your base.

Iirc that was a very lucky win. Problem is, I knew you were the better player, and you performed much much better under pressure than I did and I knew it. I had to psych myself up for those games, cause I knew that if I didn't bring everything I had I would lose miserably lol.
0 x
Top

Got replays? I wouldn't ask, except that you mention you somehow still have 1.47 which wasn't even publicly released.
0 x
Top

Replays would only work if you install an old version of spring.
0 x
Top

Caydr wrote:Got replays? I wouldn't ask, except that you mention you somehow still have 1.47 which wasn't even publicly released.

No I definately don't have replays, but I can try to find the old mod file, I dunno if it's still around tbh, but me and a few other guys were playing it last year sometime, problem was, with all the engine changes it didn't work very well so we didn't play it more than once or twice. I don't really remember who it was with but I do remember it was on hrmph's map, the one with all the islands and stuff.

I'll try to find it.

edit: Well fuck me, that didn't take long. I have a folder called Old Mods that I keep around but I never can find what I want in there. However, wonder of wonders, I have shittons of AA versions, I don't have 147 in there but I do have 146 and 148, do you need them? Fucked if I know where 147 would be. I'm wondering if I deleted it after we found that it wouldn't play right in the new spring versions.
0 x
Top