I am currently mapping for the mod planetd, if you look at the map volcanic_basin, a lot of things doesnt works as expected and i decided to remade this map and add stuff abstracted as below, its a lava map:
-push the heigh to the limit : done
-change effects on lava using the water at default level: working but i want to change the water level in same time of lava and/or force the use of bumpmapping or change water configuration for each effects to keep approximatly the same effect...
-Create a music player gui that permit to enable disable three distincts sections of sounds played, ambient (lava sounds, music, events): done but the lava is concentrated in the middle of the map so i wanted to configure the sound of lava to be hear at a max distance and that doesntworks even using a ogg file in mono mode, i have only a working sound at all distances if i change maxdist from FLT_MAX to another value only between 11000 and 12000 , events is another part to build from others players and examples, it ll be release in next versions of the map...
-Use tiberium object to reclaim works only if i have spring features, i need to copy theses objects to the archive map: not tested directly
-waiting code of [KING]Silver to have the same result in palladium map, building on area make expand them, mounts after mounts their up the level of lava from the middle of the map: waiting

by Forboding Angel
Lets get one thing straight. Volcanic Basin works perfectly, exactly the way that I intended it. If you have broken it on your end or in your game, then that is on you.

Perhaps you should add SF as a dependency in PlanetD so that you don't have future issues with maps that have used it. 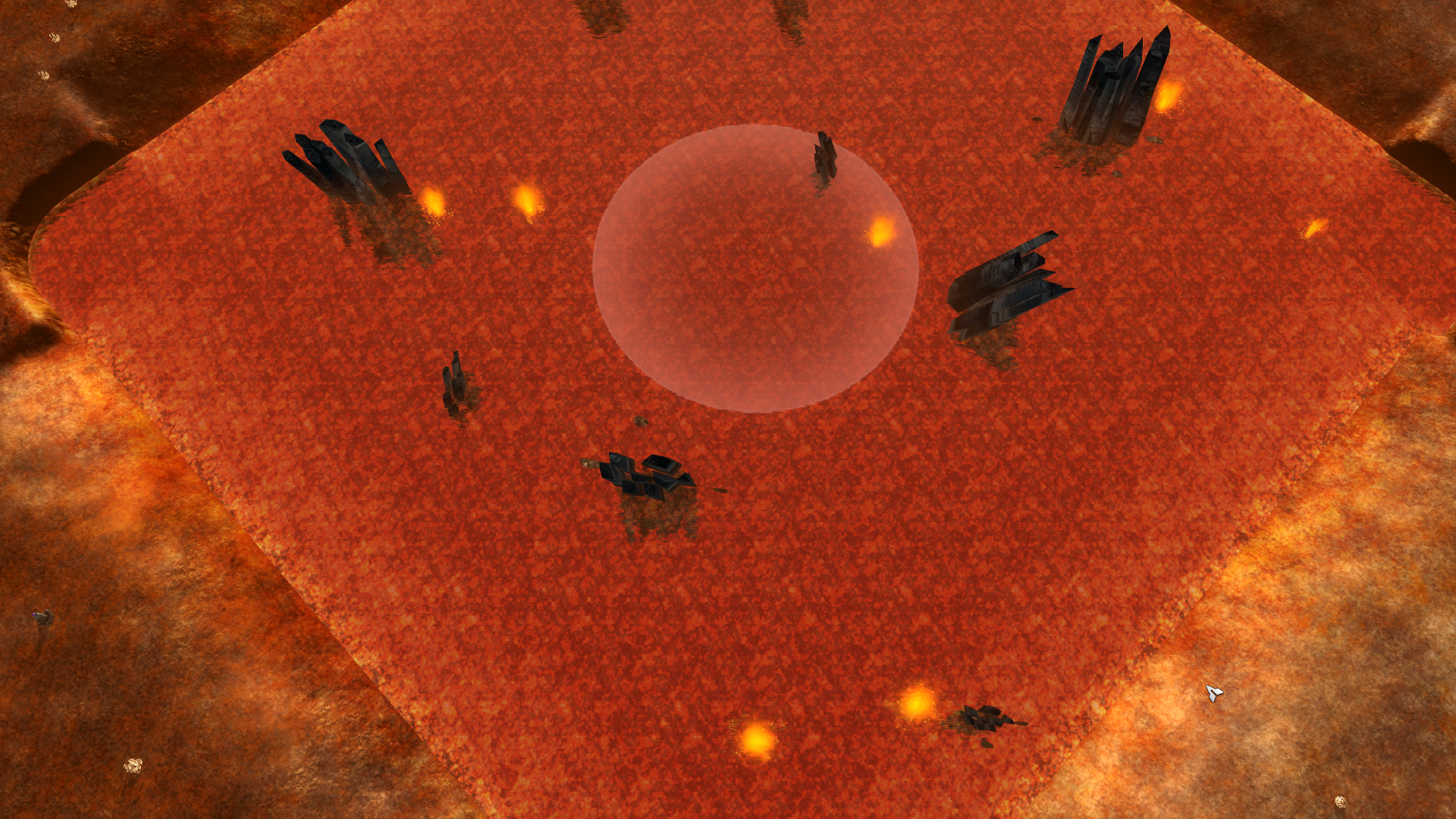 The lava sound is audible at the same sound level from anywhere on the map. The sound is not played in 3d space. If you want it in 3d space, you need to go into the ambient player widget and put it in 3d space. It's relatively simple to do. You can just put it in the exact center of the map and be fine. 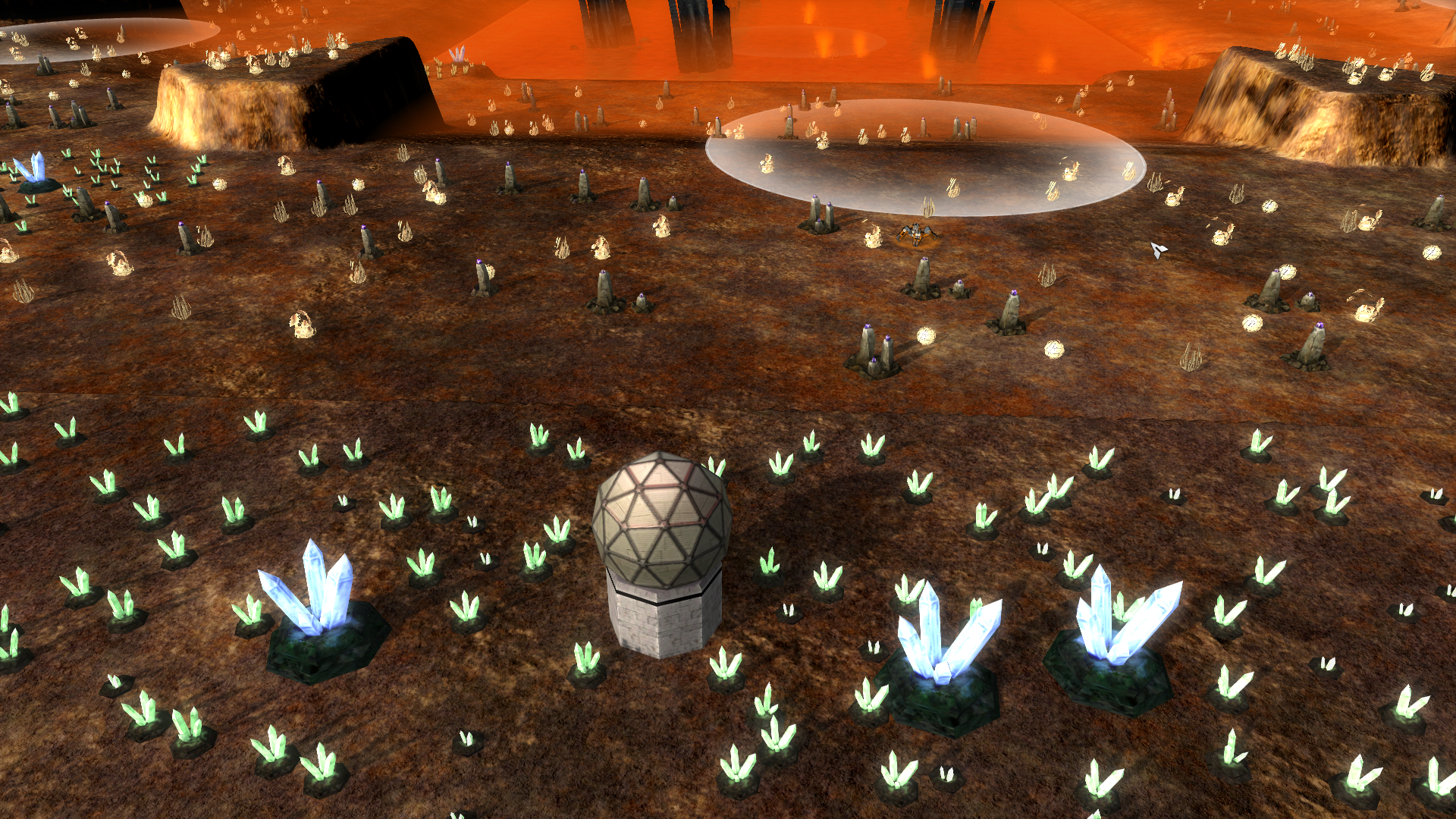 To make Tiberium reclaimable, copy the featuredefs for the tiberium into your game and edit the values to your liking. 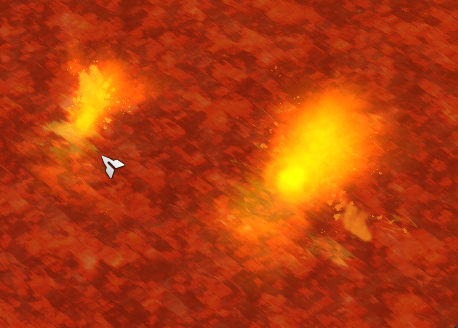 The reason that the lava texture is a few inches below the water level is so that we can use the water reflections to make things prettier.


I suggest that you make a few maps from scratch first, so that you learn how mapping works instead of trying to half ass your way through it.

by Senethril
Ok its not intended to be a replacement, i just did it to add new behavior so the ai can act differently but its not about ai too

I just tried the map with balanced and all that stuff was not working, so i dont know how do you test the map but in locally its not working as intended by many ways except lava that is really the best i have seen.

The aim is to ask how continue or start a new functionnalities i ever made or never see in a map, i know there is a lot but i am a beginner in luagaia, rules etc, i just want for the moment ask a few things to the connoisseurs.

In function widget update i do not want call repetitely PlaySoundStream, how can i pass parameters to repeat the song ? i can't find, mines are:
Spring.PlaySoundStream([songs ], thevolume, booleans for what ??...)

by Forboding Angel
The map was made for Evo. If you want to see it properly, load it up with Evo.

You keep saying that it isn't working as intended yet provide no examples of what you mean.

All you had to do was search for that function in the wiki. Playsoundfile is right above it. Of particular interest to you is posx, posy, posz.

by Senethril
Thank for this, i know nothing is perfect and made in this intention, i wanted parameters because my player isnt stopping sound files played with this function, that's why i use it only for ambient sound that PlaySoundStream can't play locally but it can stop musics, so i need to wait the time of the ambient file finish to play, hopefully there is only one like that :)

by Senethril
oops i found theses s3o, i never looked at ojects3d nevermind thats goingto works thank you i can now make test my map
All times are UTC+01:00
Page 1 of 1